The Daily Nexus
News
Undocumented, Uneasy and Unsafe
November 17, 2016 at 5:00 am by Siboney Arias

Two undocumented UCSB students, Angie and Keila, share their thoughts and concerns about the U.S. election 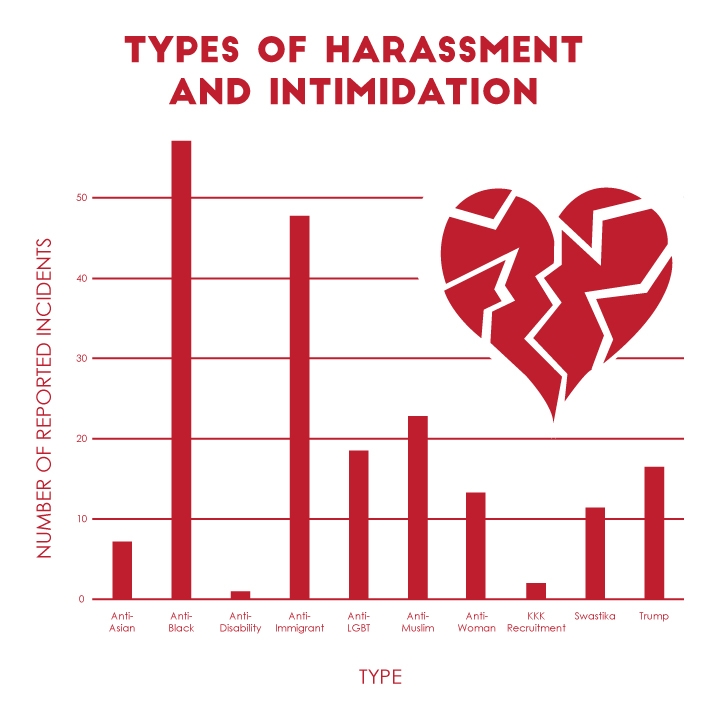 Election Year 2016 was controversial and exhausting as Hillary Clinton and Donald Trump battled for a seat in the Oval Office. In the heat of the election, however, those who couldn’t vote were often overlooked.

The Nexus spoke with two undocumented students before and after the election. These students are legally exempt from deportation under the Deferred Action for Childhood Arrivals (DACA).

They are now concerned that a Trump presidency could jeopardize their futures. Out of concern for their personal security, the students requested that they go by their first names: Angie and Keila.

“I felt a bit embarrassed that I couldn’t register,” Angie said. “I would just kindly say that I am not a citizen.”

Keila had a similar response and said, “I feel uncomfortable saying I am not eligible because I am undocumented, [it] makes me uneasy and worried as to what they will respond.” When volunteers asked whether she had registered to vote, she “simply said yes to avoid any more uncomfortable situations.”

To make students feel less uncomfortable about voter registration, Angie said that volunteers “shouldn’t assume that you’re eligible to register. They should instead first ask if you’re eligible to vote,” and that shocked reactions to her inability to register made her feel “even more excluded.”

Keila and Angie also spoke about their families, voter agency and personal security before and after the election. Read more below.

As an undocumented student, how did you feel in this politically charged climate on campus?
Angie: I felt excluded and powerless because I knew that my voice wouldn’t be heard and my vote wouldn’t count.
Keila: I feel unsafe, hopeless, worried, anxious. I feel like my future is in jeopardy. I worked so hard, and none of it will be worth it.

Were you ever frustrated because you heard people weren’t going to vote even though they had the privilege to do so?
Angie: Yes, I felt frustration because they are taking their ability to vote for granted, they are choosing not to have a voice; meanwhile, I wish I were able to participate.
Keila: Yes, definitely, because they take the right for granted. It infuriates me even more when those who do vote waste it by splitting the vote or voting for something meaningless such as Harambe or Hennessy, etc.

What would you have voted for if you could have in terms of propositions and presidential candidates? Why?
Angie: I would definitely vote for Hillary, since Trump is against Mexicans and wants to kick my family and I out of the country that we worked hard to live in. As far as props go, I didn’t really get informed since I can’t participate in voting.
Keila: Democrat nominee: Bernie. President: Hillary.

How do you feel about the results if Hillary wins or if Trump wins?
Angie: If Trump wins, I fear for my future and the future of my younger brothers. I would feel betrayed by our country if Donald Trump wins the popular vote and electoral vote. If he has that many supporters, our country is doomed.
Keila: I feel devastated and hopeless. My future is potentially ruined.

Do you fear for your status in this country?
Angie: Yes, I fear that white people will feel even more superior and our country will be segregated once again. I fear that everything my parents sacrificed to get me where I am now was all for nothing.
Keila: Yes. I don’t want DACA to be removed because it takes away my opportunity to have a career or work in the U.S. This is my home, and not being able to work is terrifying.

Did you ever not want to disclose your citizenship but felt forced to?
Angie: Sometimes I fear that I will be treated differently if I disclose that I am from Mexico. For example, when searching for a job, it becomes twice as hard since I am not considered a citizen.
Keila: Every time I wanted to apply for a job. Not even a matter if I qualified or not, simply because I don’t have permission to work in this country.

In what direction would you like to see this country going in the future in terms of immigration policy?
Angie: I would like to see the process move forward and not backward. That is why I fear Trump winning. He will revoke my deferred action qualification, and I fear I will be forced to leave my school and home.
Keila: They should hurry the citizenship process. Cut the test because no U.S. citizen even knows the stuff tested in it, and it seems unfair.

Now what? How do you feel?
Angie: Knowing that Trump is our elected president has me in great disbelief. I am overwhelmed by the new laws he promised to enforce that affect me as a minority and a woman. I have spent half of my life here in the United States, this is my home. I worked super hard in school to get to where I am today, and now he threatens to revoke my new rights. I feel like we are repeating history, and I am disappointed in our country more than ever.
Keila:  Now I am scared. Now I am only hoping that Trump doesn’t repeal DACA and not deport millions of people.

What are you going to do?
Angie: I protested last night when he got elected, and I will continue to use my freedom of speech to fight for our human rights. All we have is our voice, but it can be powerful and reach long distances if we stay united.
Keila:  I am going to renew my DACA and make sure California resists Trump’s plans.

How does your family feel?
Angie: My mom called me last night sounding like she had been crying. My parents are in fear that everything they sacrificed to give us the best possible life is being taken from them in the near future. I cannot stand this.
Keila: My family is devastated, shocked, worried and feel at threat just as I am.

A version of this story appeared on p.5 of the Thursday, Nov. 17, 2016 print edition of the Daily Nexus.

Majority of undocumented students I know were brought when they were infants or children. They obviously had no say in where they would live, and I don’t think they should pay for something they had no control over, especially if they’re on the right path to an education and such.

Unless they are Dreamers, time to go!

See that last answer? Riots and war. The only ones that have been pushing towards those boundaries have been whiny liberals who want to cause a ruckus with their “peaceful” protests. My fellow Mexican Americans have nothing to worry about. Undocumented families
have nothing to worry about unless they’re commiting crimes (aside from entering this country illegally) or they have a previous criminal record in Mexico

The problem is that if people in power really want to deport Mexican Americans then they can catch them on minor infractions and misdemeanors (like a broken tail light) and use that as grounds for deportation. And then when we say only the “criminals” are being deported it makes it easy to justify the deportations and dehumanize those being deported.