The Daily Nexus
Swim and Dive
UCSB Swim Prepares for A3 Invite
November 17, 2016 at 5:00 am by Richard Benites 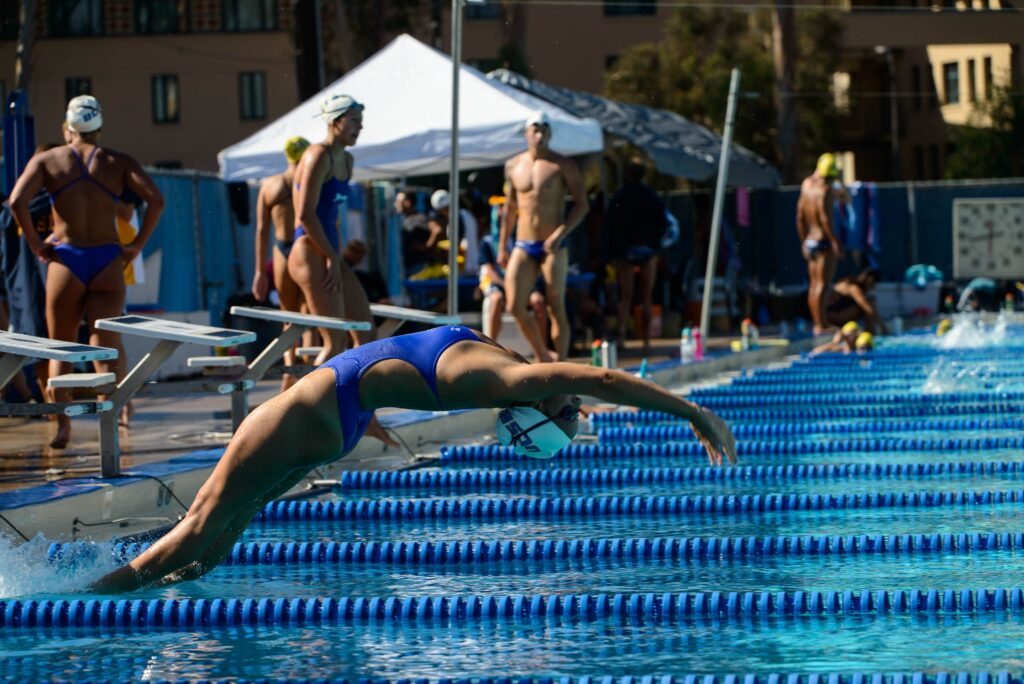 Swim season resumes this week as the Gauchos will participate in A3 Performance’s annual sponsored competition. This Thursday UCSB swim will travel to Los Angeles, where UCSD will host, for the fourth year in a row, the invitational at the ELAC swim facility until its conclusion on Saturday.

This will be the third competitive-play matchup for both the men’s and women’s 2016 swim season, as well as the third year in a row they’ve partaken in this particular A3 Performance Tournament.

Entering the invitational, the Santa Barbara women’s team boasts a 3-0 undefeated record whereas the men’s squad record trails at 1-2.

Both sides will look to improve overall scoring after each came up just short last year with second-place finishes in their respective team rankings.

Despite being second, the matches were not that close as the women’s team fell by a 380.5-point margin to first-place UCLA, while the men’s squad conceded an almost 1000-point difference under the champion Stanford Cardinals.

A triumph at the invitational for the women’s side will mean a first for the program. Another first-place victory for the men’s means its second title in the last three years after taking home the championship in 2014.

Since its establishment years ago, the A3 Performance Invitational has been praised as an NCAA format contest that attracts only the highest level of swim programs.

In the past, excellent organizations such as UCLA and Stanford have attended and teams have journeyed as far as from the University of Hawaii.

Also in attendance will be Santa Barbara’s fierce Blue-Green rival Cal Poly, who was previously swept by both the Gaucho men’s and women’s teams by a 161-129 result and a staggering 171-123, respectively.

A grudge match will also manifest as both UCSB and UCSD will seek revenge after splitting their last dual meet from two weeks ago.

Where Santa Barbara had a 148-106 advantage on the women’s side, the San Diego men’s team managed a 137-124 upset, thus ending the six-year consecutive victories an undefeated Gaucho side held over the Tritons.

Including the Gauchos, a total of 11 schools will be present for the women’s portion of the tournament and five schools for the men’s.

Stanford, the usual tournament favorite, will not be attending this year’s competition as they will instead travel to Columbus in order to swim in the Ohio State Invitational.

Once again, only collegiate-level teams will be participating in this tournament, unlike in 2014 when Santa Barbara’s post-graduates faced off alongside the women’s side, toppling the University of La Verne 84-41 but placing second to last overall.

The invitational will commence Thursday through Saturday, beginning with 9 a.m. preliminaries and then ending at night after the 5 p.m. finals. All events will be held at the East Los Angeles College swim facility.

A version of this article appeared on page 7 of November 17, 2016’s print edition of the Daily Nexus.