The Daily Nexus
Sports Blogs
To Silence the Voice of the Voiceless?
November 17, 2016 at 5:06 am by Andrew Hernandez

Fear, happiness, anxiety, shock. These are just a few of the emotions felt across America after Donald Trump was elected President.

Like the rest of the nation, these feelings were felt across the sports world, with prominent athletes and coaches sharing their feelings on the election. 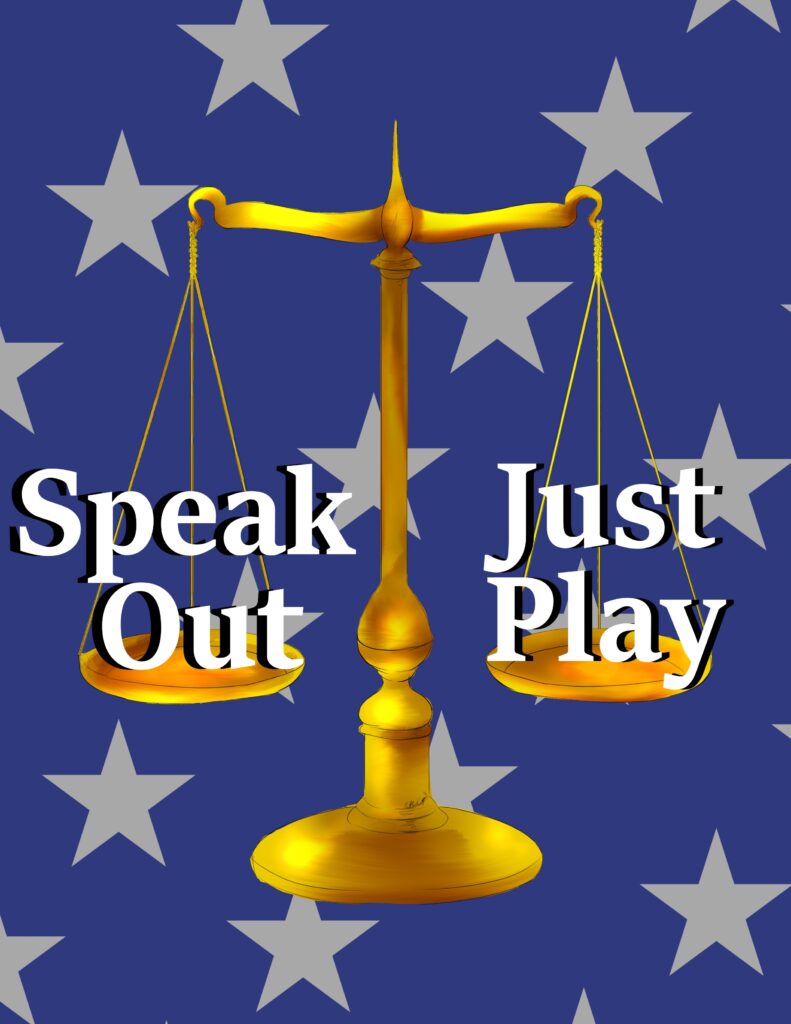 “It was very difficult seeing what happened not only in our state, but in our country,” Cleveland Cavaliers forward LeBron James said in an interview with the Washington Post. “Like I said, it is what it is.”

“I talked to my wife and she said I can’t talk about politics anymore,” New England Patriots quarterback Tom Brady said in an interview with USA Today. “So I think that’s a good decision made for our family.”

These two star players both had a role in the current election, with LeBron James publishing an editorial endorsing Secretary Hillary Clinton for President in the Akron Beacon Journal. The Cavs star also helped introduce Clinton during a rally held in Cleveland where he endorsed her a second time.

Now the 45th president-elect of the United States, Trump mentioned the support he had received from Tom Brady and Bill Belichick during a rally in New Hampshire a day before the election.

Brady had previously made a statement in favor of a Trump presidency and a Make America Great Again hat was seen in his locker over a year ago.

Although the two athletes supported candidates who were on opposing sides, the fact that both were willing to take the steps necessary to use their influence during this year’s election is an important liberty that other athletes should be encouraged to take.

Athletes have historically received criticism for taking stances on political issues. During the 1968 Summer Olympics, U.S. runners John Carlos and Tommie Smith famously did the Black Power salute in the medal ceremony, raising their black-gloved fists in the air while the national anthem played.

The athletes were subsequently banned from the games, and upon returning home they found themselves, and their families, receiving death threats.

The two Olympic runners never wavered from their protest, and just this year the pair supported another protest from a fellow athlete, Colin Kaepernick.

The San Francisco 49ers quarterback has been kneeling during the playing of the national anthem in football games since the start of the 2016 season in protest of recent wrongdoings done to the black community in America.

Fellow football players have joined Kaepernick in his protest during the national anthem, and the reason for his protest has inspired other demonstrations in other professional leagues.

On July 9 and 10, several teams in the WNBA wore black shirts in support of the Black Lives Matter movement. They bore the names of victims Philando Castile and Alton Sterling. The teams also wore shirts in memory of the five victims of the Dallas shooting.

The WNBA fined the three teams (the New York Liberty, the Indiana Fever and the Phoenix Mercury) $5,000 each, and each player was fined $500 for violating the league’s uniform policy.

The WNBA later rescinded the fines and vouched support for the players’ protest, but the initial punishment is exactly the type of action that prevents and intimidates players from attempting to use their platform to make their political statements.

No matter what the political views or stances are that athletes desire to use their platforms to advocate for, the leagues must commit to providing an environment for athletes to utilize their First Amendment rights and demonstrate if they choose to do so without fear of reprisal.

Players like the ones in the WNBA, Colin Kaepernick and LeBron James are no different from the likes of celebrated athletic and cultural icons like Jackie Robinson, Muhammad Ali, Tommie Smith and John Carlos.

These players from the past and present have used their platform and influence to evoke change, not because of a need to boost their own profile, but to serve the basic human desire to speak out against something that is unjust and unfair.

These players deserve to be seen as people, not just athletes, who patriotically utilize their First Amendment rights to take a stand despite criticism from the public or even their own league.

All athletes from across the country, whether at the professional, collegiate or high school level, deserve an environment conducive to exercise their constitutional rights.

“In any protest, I think you make a statement to try and reach the far ends of the Earth. What better way to do it than if you’re in a sport,” Carlos said.

A version of this article appeared on page 6 of November 17, 2016’s print edition of the Daily Nexus.