Funded with $550,000 from the National Science Foundation (NSF), UC Santa Barbara professor of computer science Elizabeth Belding is in the process of bringing expanded internet coverage and connectivity to Native American reservations in the eastern San Diego County area.

Currently in the project’s initial stages, Belding and three faculty members from different institutions formed a partnership with the Tribal Digital Village (TDV) — a wireless internet service provider to the reservations — two-and-a-half years ago to assist with the task.

Presently, fewer than 10 percent of Native Americans on tribal reservations have access to broadband internet. While some homes have connectivity, many are too remotely located from existing technological infrastructure.

Hence, this undertaking will significantly impact the residents of the reservations

“It’s access to a world’s worth of information. For the people who still remain uncovered by internet access, the idea is that they can more easily participate in the internet,” Belding said. 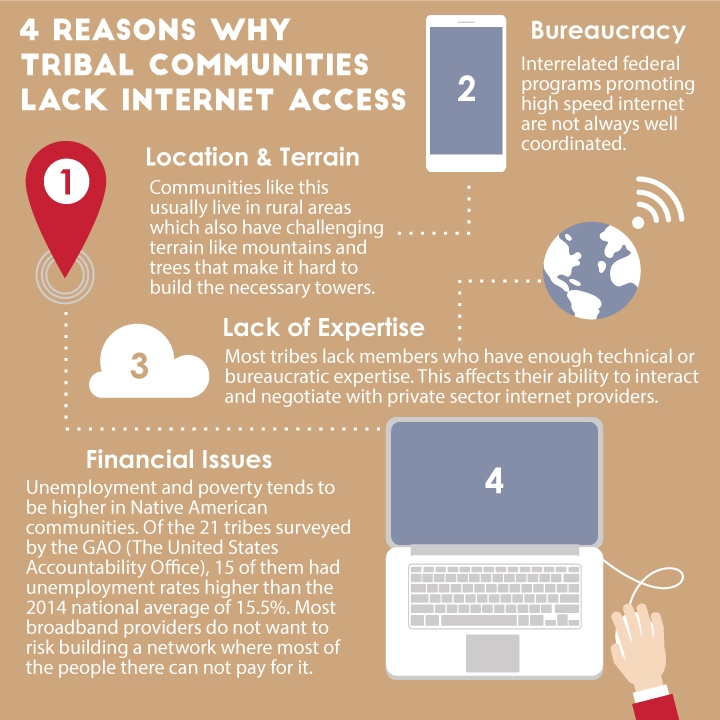 White space technology, a relatively new development still being explored for its possible and most effective uses, is fundamental to executing this project. White spaces, the unused frequencies within the television frequency spectrum, can be exploited to distribute widespread broadband internet — of which Belding plans to take advantage.

“What we find is that in a lot of rural communities, there aren’t TV channels using that spectrum and so it can be used for broadband communication,” she said.

Though white space technology is “kind of unknown territory” due to its novelty, it is “really promising for rural and developing areas,” according to Belding. Due to the properties of TV spectrum, white space transmissions can cover a wide expanse and provide an extensive broadcasting range with their penetrative capability through trees and buildings.

“That is a great way to get internet connectivity to people who live in really rural areas where there are sparse population densities and not other good solutions for getting coverage out to their homes,” Belding said.

After the TDV sets up the equipment, Belding and her associates will monitor internet traffic, in an attempt to understand people’s usage of the technology and its effects on the rural tribal communities. This monitoring will include the benefits or any potential mishaps to subsequently learn from.

Long-range plans for the next two years include deploying the technology, ensuring it is operational and developing a good understanding of how well it functions. Concurrently, Belding and her partners have a three-year NSF award to distribute content to enable better internet participation. 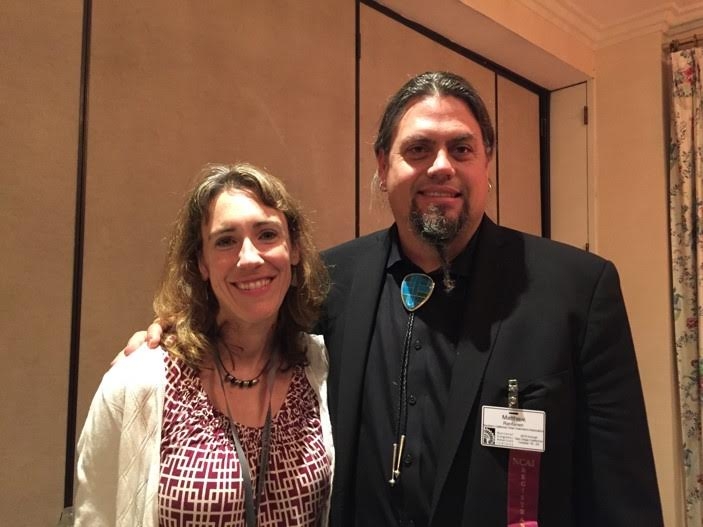 Shown above are Elizabeth Belding and her partner at the Tribal Digital Village (TDV), Matthew Rantanen. TDV created TDV Network (TDVNet) to bring internet service to 17 tribes. With Belding’s help, they are working to expand the number of homes currently covered.

They are designing the software solutions for content distribution to be installed within the available network in the reservation areas. Observing which applications the residents of the reservations most commonly utilize, Belding and her colleagues will then attempt to figure out how to prioritize internet traffic and proactively download desired content to them without their having to request it.

The objective is to have this information downloaded to subscribers’ phones as they pass through regions with cellular connectivity so it can be accessible to them later, even if connectivity isn’t offered at that specific location. Likewise, they would be able to upload any content they choose.

“So if they were in an offline mode and they commented on Instagram photos or a news story or whatever, that content would get saved,” Belding said. “Then as they pass through [a place with] internet connectivity, it will get pushed up to the internet so that they can actively contribute as well.”

While she and her collaborators are constructing their solutions to be adapted for this particular population, Belding remarks that many rural communities share similar characteristics, creating the potential to apply this operation’s procedures to serve other underserved populations lacking Internet connectivity or cellular coverage in their homes.

“A lot of our solutions are more broadly applicable to any area that isn’t well covered with connectivity, not just a Native American reservation. The idea is that we’ll take the learnings from this deployment and, hopefully, it will make it easier in the future to do other such deployments by others, not just by us, so that more and more people can be getting online.”

Belding credits her field of work as a way to have the capability to make life-changing enterprises, in addition to previous ones she had undertaken in countries such as Guatemala, Mongolia and Zambia.

“Computer science is an amazing way to have really high impact. You use the skills that you’ve learned to have huge societal and social impact; this is one example project,” Belding said.

She notes the diverse functionality of computer science, from assisting farmers in growing their crops more efficiently in smart farms to trying to stop gender-based violence — two projects the UCSB Department of Computer Science is currently addressing with computing.

“Computer science is an amazing tool that you can apply in so many contexts to whatever your interest is,” Belding said.