The Daily Nexus
News
I.V. a Lucrative Market for Deliveries
November 17, 2016 at 5:00 am by Anjalie Tandon 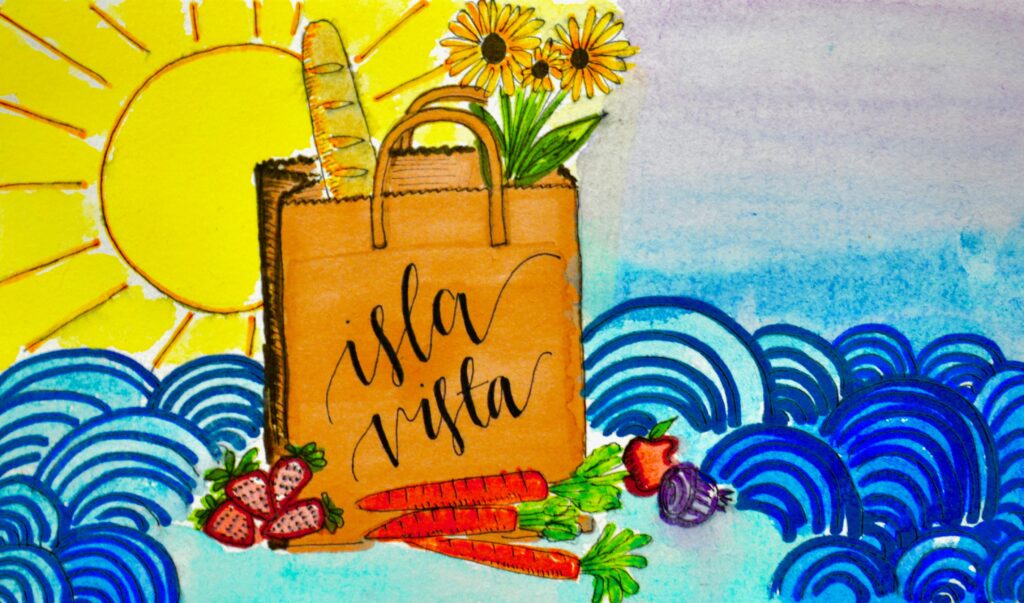 For those unable or unwilling to go to the store, delivery services founded by local UCSB students will bring groceries, snacks and various party supplies straight to your door. Lissette Vaca / Daily Nexus

As a small town with a quirky, youthful populace, Isla Vista has needs that differ from its surrounding areas. Students who understand its distinct culture are able to fulfill I.V.’s demands through various entrepreneurial pursuits.

David Welsh and Michael Bakkie, two fourth-year economics majors at UCSB, saw a gap in supply and demand: Students needed a way to get groceries but didn’t have access to a car, and they had to rely on friends to go to a grocery store.

They began developing the plan for their delivery model two years ago, culminating in the creation of Isla Vista Grocery Delivery, founded earlier this November.

The alternative to making commutes to grocery stores, Welsh said, was either going to local, “overpriced” I.V. stores, eating at restaurants or getting a meal plan, all of which are more expensive than “reasonable eating.”

The combination of students’ lack of options and mobility created a space for opportunists like Welsh and Bakkie to provide a solution.

“I have always dreamed of being an entrepreneur, and this was a great way to start in a local market that I really know very well because I am one of these college students that would use this service,” Welsh said.

The way Welsh sees it, a trip to the grocery store takes about an hour to complete: One has to drive there, drive back and buy everything. To a lot of people, he said, the effort needed to deal with that hassle is worth about $10.

“If we can streamline that process and do it for a lot of students, that’s good business,” he said. “We really think this will save students’ time and money in the long run.”

Welsh believes a lot of students will get behind “a startup started by other Gauchos.”

This entrepreneurial ambition is also what drove fourth-year UCSB student Reese Hammerstrom to launch his own delivery service, D.I.V.E., during the fall of last year.

Hammerstrom said he came up with the business idea during the previous summer playing “Isla Vista’s sport” beer die.

“Our die would keep bouncing off the balcony into the ocean and we would have to stop playing the game,” he said. “I was thinking of ways for a service where I could essentially press a button and dice would appear at my door.”

Hammerstrom said he bought playing dice from Amazon that summer, delivered dice for a few weeks and, come Fall Quarter, realized there was opportunity to expand.

Hammerstrom was able to pinpoint what I.V. needed through direct interaction with local culture and consequently developed a business model. He called the model D.I.V.E., an acronym for Delivering Isla Vista Entertainment.

Though Hammerstrom began by delivering supplies such as dice, lighters, ping-pong balls, cups and “chasers” to his friends, he “realized there was a bigger opportunity to expand beyond party supplies.”

Last summer, he partnered with I.V. Market and now delivers party supplies, ice cream, drinks, munchies, house supplies and school supplies, “essentially anything a college student could need with the exception of cooked food,” he said.

D.I.V.E.’s Vice President of Operations, Robert Holland, said the company is all about giving customers “complete control of their time.”

“Isla Vistans live an active lifestyle, and going to the store can be kind of a drag,” Holland said. “D.I.V.E. takes care of your everyday shopping needs, and for the fun times, D.I.V.E.’s got your dice, limes and Sprite, too.”

Currently, delivery has been centered around a concentrated demand for Ben and Jerry’s ice cream, specifically the flavor “Half Baked.”

“I think that’s just a factor of the current hours of operation. Right now we’re only open from 7:30 p.m. to 11:30 p.m. every night. That time kind of lends itself to ice cream and party supplies,” Hammerstrom said.

There has been a particular surge in customer activity coming from the dorms, Hammerstrom said.

“It’s really great for freshmen,” he said, “Most people in their first year usually don’t have access to cars and to all these supplies and ice cream, and so freshman now are just pretty stoked about this service.”

UCSB student Kaitlyn Hague said she believes the need for delivery came from high demand, a lack of mobility and “student laziness.”

“We’ve needed ice and dice last minute for parties, but some nights I’m just binge-watching Netflix and I really want ice cream without getting out of bed,” she said.

Similarly, Sarah Cragin, another student user of delivery services, said she has used it for party supplies like alcohol chasers because “we don’t realize we need it until the last second.”

As students who once needed services unavailable in I.V., Welsh, Bakkie and Hammerstrom self-serviced. They filled not only their own needs as community members but also capitalized on the gap between supply and demand in I.V.

As long as students in I.V. sustain their unique desires, student entrepreneurs will find a way to bridge the town’s gap of service.