The Daily Nexus
Water Polo
Gauchos Poised for Success, On Road for Conf. Tourney
November 17, 2016 at 5:05 am by Jorge Mercado

During that span, Santa Barbara has moved from No. 7 in the country to No. 4, the highest ranking it has achieved since 1990. Its lone loss came to then No. 2 USC 16-6. USC recently beat UCLA to halt the Bruins’ NCAA-record winning streak and is now the new No. 1 team in the nation. 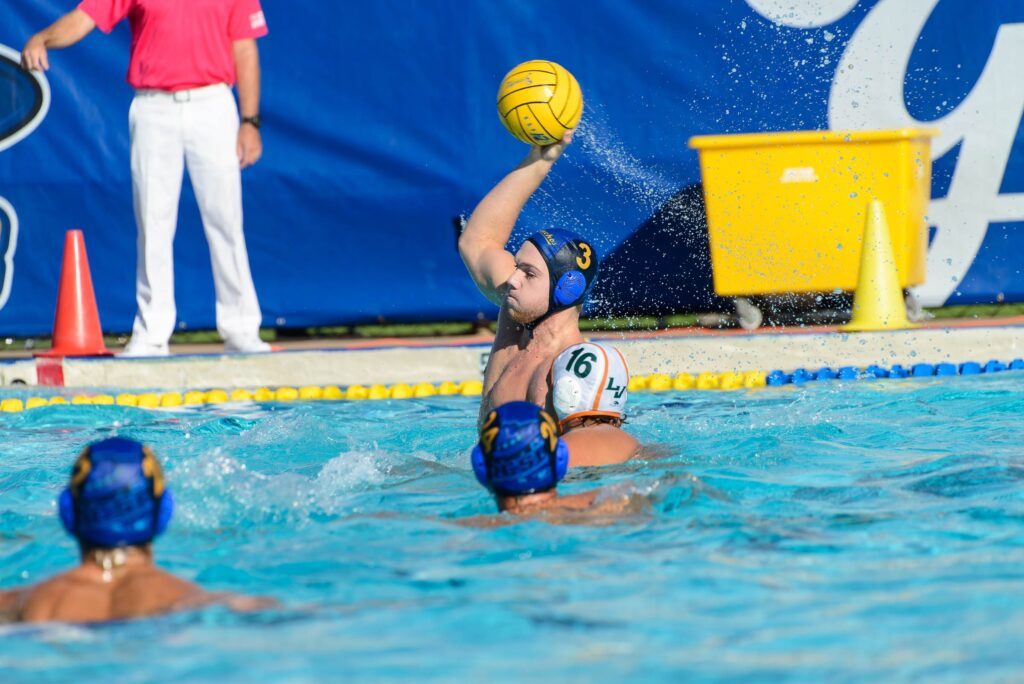 If UCSB ends up playing Pacific, that match won’t happen until the championship round on Sunday. Instead, Santa Barbara will face off against the lowest seed of the Friday match winners on Saturday.

The Gauchos are led by many key players such as senior utility Reed Cotterill, who ranks third in the conference in goals with 43. Senior goalkeeper Liam Lenihan has also been great in the cage, posting 154 saves this year — third most in the GCC — and has not allowed double-digit goals in the last seven outings.

The possible opponents the Gauchos can face in the first round are No. 9 Pepperdine, No. 19 UC Irvine or unranked San Jose State, the only team in this tournament that is not currently ranked in the NCAA national rankings. These three teams are the No. 4, 5 and 6 seed in the competition, respectively.

Santa Barbara and Pepperdine would be the most likely matchup on Saturday, and, if so, the Gauchos hold the advantage as they have beaten the Waves three times this season, each time scoring at least 10 goals in the game.

In those three victories, UCSB has outscored its opponent 35-23 and has defeated them once in a neutral site, once on the road and once at home. Just this past Friday, the Gauchos clinched their 5-0 record by defeating Pepperdine 10-8 in front of their home crowd.

One of the biggest keys for Santa Barbara in that match will be shutting down the offensive powerhouse that is attacker Marko Asic. The 6’1” sophomore currently leads the conference in goals with a whopping 62, 16 more than any other player, and is also second in total points with 71.

During the match against UCSB last Friday, Asic scored five of the team’s eight goals, including three in the third quarter, to help bring his team back from what could’ve been a blowout.

If they face UCI, revenge will be on the mind of the Gauchos as last year’s loss in the MPSF tournament is still very fresh and allowed the Anteaters to finish with a higher place at the end of the competition.

This season UC Irvine has struggled mightily, posting a 9-13 regular season and only a 2-3 GCC record in the inaugural season. If it doesn’t win at least one match this postseason, then it would have its worst winning percentage in a single season since the 2006 campaign when it posted a .35 winning percentage (12-22).

San Jose State would be the easiest opponent the Gauchos could face, but that doesn’t mean they should underestimate them. The Spartans have the lowest seed because of their winless conference season but has the necessary players to pull off an upset against LBSU in its opening round match.

SJSU’s best player is actually the brother of Santa Barbara’s own Shane Hauschild. Ben Hauschild has been a great addition for a very young Spartan team, especially on the defensive side. His 49 steals are the most in conference this year, and he has 23 goals and seven assists to go with that.

No matter whom they face, the Gauchos will be ready. This is the first time in over 20 years they can say they are the favorites, and that excites not just the coaches and players, but fans as well.

UCSB starts its postseason run at 7 p.m. on Saturday, Nov. 19 at Pacific’s Chris Kjeldsen Aquatics Complex, against whom to be determined.

A version of this article appeared on page 6 of November 17 2016’s print edition of the Daily Nexus.