The Daily Nexus
Tennis
UCSB Awaits Winter Opener
November 10, 2016 at 5:00 am by Will Bodendorfer

The UCSB men’s tennis team will finish up its 2016-17 preseason this weekend at the Kramer Club Invitational in Los Angeles, and it will come into the regular season ranked No. 44 in the latest National College Tennis rankings, the highest mark of any Big West team.

The Gauchos will look to win their third consecutive Big West Championship this year after defeating rival Cal Poly in the tournament’s final game last year. 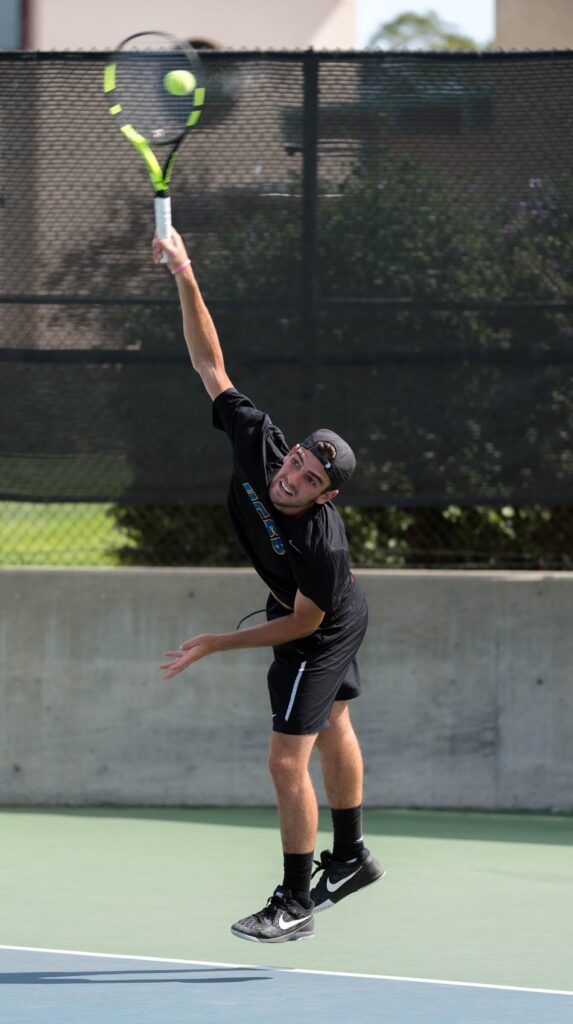 Santa Barbara’s 2015-16 campaign ended in the first round of the NCAA tournament with a 4-1 loss to Georgia Tech. The loss concluded an otherwise successful season, in which the Gauchos finished 17-7 overall and 5-0 in conference play.

Although conference play and making the tournament is one of the team’s main priorities, the Gauchos are also focused on going farther into the postseason this upcoming season.

“Obviously, the [Big West championship] three-peat is in the front of our minds, but we’ve lost in the first round of the NCAA tournament two years in a row and we’re very sick of that,” Head Coach Marty Davis said. “At this point, dominating the conference isn’t enough for us; we’re now looking to go further.”

However, that’s not to say the Gauchos are overlooking their conference opponents. Davis was quick to point out the stellar lineups of conference rivals UC Davis and Cal Poly.

In NCAA men’s tennis, matches are recorded on a seven-point system. Each team plays three doubles matches, and the team that wins the majority of those gains one point, called the double point. Then there are six singles matches, worth one point each.

Nonetheless, a primary focus for the coaching staff this year is to perform well in the doubles matches, even if they may be worth only 1/7 of the total match.

Fortunately, the Gauchos return with one of the best doubles duos in the nation: senior captain Morgan Mays and junior Simon Freund.

Mays and Freund made it to the quarterfinals of the USTA/ITA National Indoor Intercollegiate Championships this last week, defeating the No. 1 nationally ranked doubles team in the nation before losing in the quarterfinals.

Mays will play a vital part as captain for the team this winter.

“Morgan has phenomenal leadership and is likely to end up ranked nationally in both doubles and singles,” Davis said. “He is by far the best captain I’ve ever had in my 18 years of coaching here.”

The Gauchos will begin their 2016-17 season against San Diego State in Honolulu on Saturday, Jan. 14 at 3 p.m. UCSB will play its first conference match at Hawaii the following day, Sunday, Jan. 15 at noon.