While president-elect Trump dabbles about in search of foreign policy, a vocal filter and human decency, students are growing into a time where we must dedicate every bit of our energy to keep our governing powers in check. 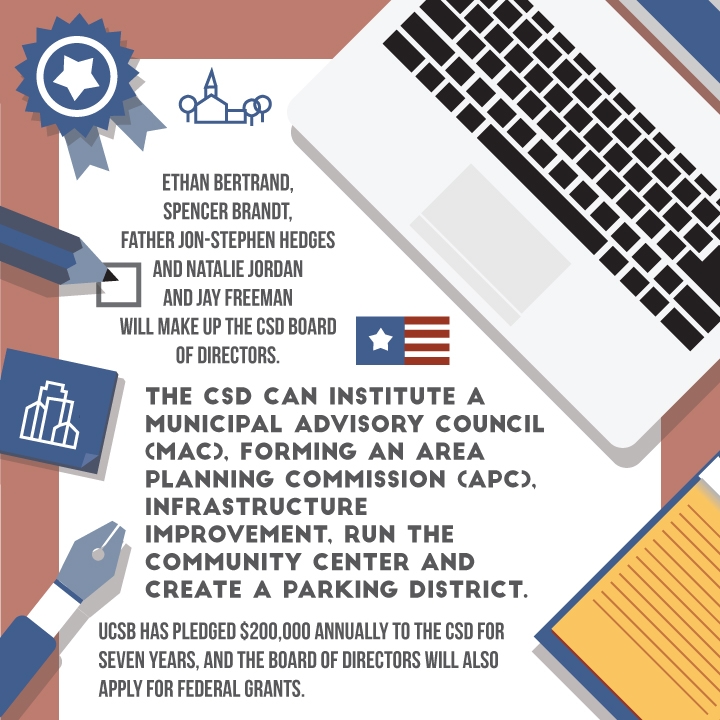 A protester at the “Fuck Donald Trump” march said it best early Wednesday morning: “Look around you. We’re the future of America. We’re the millennials, baby.”

We have technology, speed, closeness and passion. Fuck what the irritatingly dense pundits say; we’re not a soulless bunch. We can scoop our country out of this deep-spinning pit but not without immediate shifts in our behavior.

As we’ve all learned, peek outside of your bubble — there could be trouble brewing.

This disaster was born from extremes, the far right, the far left, the far too apathetic. Republicans are not evil and Democrats are not stupid.

Though this week may not be the time to try it, it is not difficult to listen to those whom we disagree with, and it is incredibly essential to stop demonizing the “other side.”

Respect your friends as you’ve always done, care for people who are hurting and scared in this unpredictable time. When you think you’ve healed enough, start respecting neighbors, journalists, politicians and any other person who genuinely wants to engage.

For those who don’t need to heal — don’t be an asshole. Celebrate, but understand that vile dialogue can be moderated without harming the validity of your politics.

On a local level, our beach-themed snow globe of a college town stood poised to make its own history. For decades Isla Vista has been home to tens of thousands of people, yet on paper only existed as an unincorporated area lacking the representation its population warrants.

Measures E and F were on the ballot this election cycle as a result of the hard-working assembly of students and community organizers determined to give I.V.  a government in the form of a Community Services District (CSD).

As a result, I.V. voters created a governing body without a base of funding, crippling their ability to enact significant change in our beachside community.

The failure to pass the tax and thus fund the CSD reflects a failure on the part of students to participate and understand local politics.

It seems that the national election cycle, with all of its likeness to a horribly addictive reality television show, kept UCSB and Isla Vista voters from truly making change where their vote mattered most.

Those living in I.V. saw the fliers from Isla Vistans Against Higher Taxes scattered in our yards and tucked behind windshield wipers on our vehicles that warned against both measures E and F. Perhaps it was this push from the well-off landlords that ultimately led voters to cast their ballots in favor of self-governance, but vote “No” on the necessary Utility Users Tax needed to fund the CSD.

So now the self-governance movement finds itself closer to its goal than before, yet in a more precarious position as well. An encouraging fact with regards to funding the CSD is that UCSB has pledged $200,000 annually for the next seven years. So while the CSD technically exists, it faces an uphill battle aided in part by a substantial pledge from the University. Much like our country, the future of the CSD is uncertain. At the very least, I.V. was able to take a small step in the right direction; I’m afraid I can’t say the same for America.

Our president elect is someone who promises to make America great again, and attention must be paid to exactly what Mr. Trump means by again.

It means moving back in time, much further back than the past eight years of progressive policy and change in the United States, to a time when the poor, white uneducated voters who make up the majority of Trump’s base didn’t feel as disenfranchised as they do today.

With the world in dire need of solving the problem of climate change, we as a nation have chosen to elect a man to the presidency who vehemently denies the science around climate change.

This is a man who refutes the harmful effects of aerosol on the environment by using the false logic that when he uses his hair spray in his apartment, those toxins naturally stay within his apartment. Never mind the fact that he is breathing air from outside. 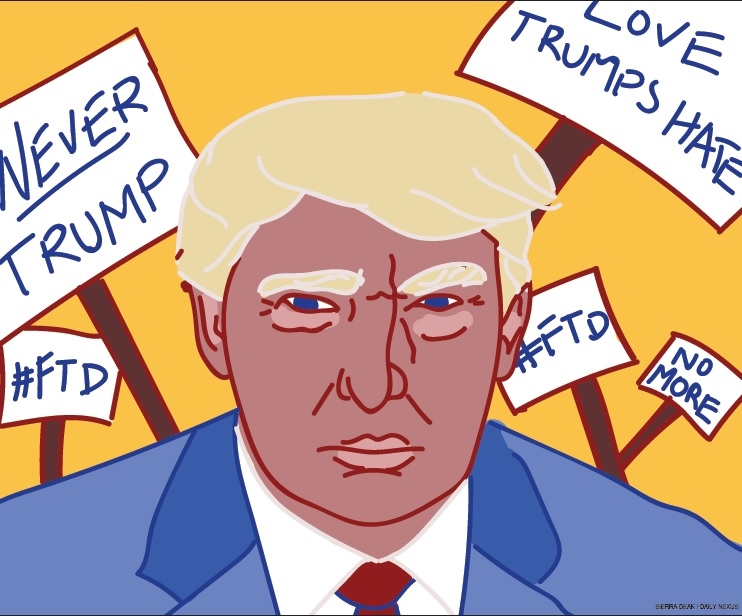 This is a man whose campaign revolved around the promise of building a wall between the U.S. and our southern neighbor because of an imaginary influx of criminal immigrants from Mexico. Never mind the hard fact that net immigration from Mexico has been negative every single year since 2008.

This man stirred the pot of fear by applying downright false and harmful logic to an entire nation of human beings, and the dogs listened to the whistle.

This is the same man who is proposing to ban the world’s fastest growing religion, a sum of over 1.6 billion people, from entering the United States, because of the actions of radical extremists who any true  Muslim will  tell you, are not  even properly aligned with the Islamic practices.

To blame the religion is foolish, about as foolish as it would be to blame Christianity for white male school shooters. Killing in the name of any god, immediately nullifies the connection with god. Islam, like Christianity, is a peaceful religion.

This is a man who actually believes in some sort of punishment for women undergoing abortions. Nevermind what kind of punishment or the reason for the abortion, because like many of his other promises, he has no idea what he is talking about. He simply knew what would rile up his base; facts, actual policies and common decency aside.

These are my main grievances with our president-elect, a list I am sure you are aware of and could likely add to indefinitely. But let us not forget that this man’s running mate, Mike Pence, is a proponent of homosexual conversion therapy.

While “pray the gay away” is plenty irrational, our soon to be Vice President takes it a step further. This man advocates for shock therapy, for personality dissection because he cannot come to terms with the fact that not everyone on this earth is heterosexual. A vote for Trump was just as much a vote for Mike Pence, and this backwards perspective.
This much you probably already knew, and I doubt that my sad take on the soon to be two most powerful men in the world differs a whole lot from the responses of other progressives.

We cannot change this election result, we can only vow to be more vigilant in advocating for those who, instead of feeling moral outrage like myself, feel genuine fear for themselves, their families and their acquaintances who do not fall into Donald Trump and Mike Pence’s idea of what an American looks like.

It is the end of a progressive eight years, and the beginning of an uncertain time, but millennials can still make change.

A version of this story appeared on p. 1 of the Thursday, Nov. 10, edition of the Daily Nexus.

Are you suggesting you’re smarter than Trump? Why aren’t you president then dickhead? Praise the lord F didn’t pass! Beautiful world we live in!

From mentally challenged Herbert: “Are you suggesting you’re smarter than Trump? Why aren’t you president then dickhead?”

This is akin to the “logic” entailed by saying “if you are larger than Warren Sapp, why aren’t you in the NFL, dickhead”.

Idiot. (why can’t the Nexus get a “moron” filter?)

Thanks for the insightful response. I really did not need your attempt to prove my point about the need for a moron filter, but still appreciated the effort it must have taken to craft your reply.

Stop demonizing the other side is the best take away anyone can get from this essay. Disagreement does not mean it’s fair game to disparage.