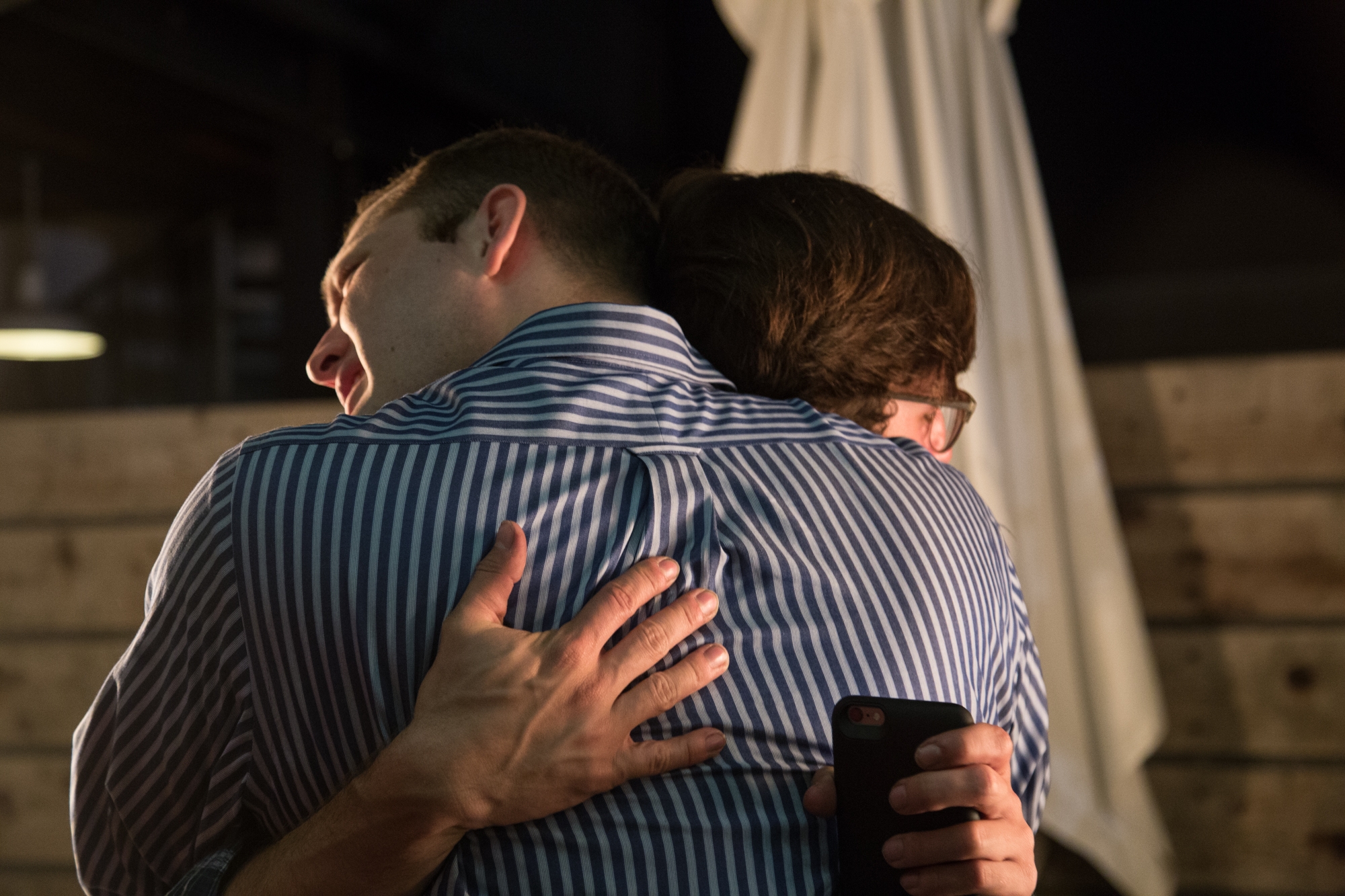 The results kept coming in and, by the time all 10 Isla Vista precincts were reported at midnight, they displayed an even greater disparity. Measure E had won overwhelming approval with 87.52 percent of the vote, but Measure F gained 62.46 percent approval. It needed 66.66 percent of the vote to pass.

The ballot numbers of Tuesday night tell a simple yet troubling story: A historic form of local government will now be created in Isla Vista, but it will be without funds and thus unable to provide services.

The passage of Measure E formed into existence a Community Services District (CSD) with the ability to provide eight different services to Isla Vista. The CSD has the power to improve infrastructure, institute community policing, mediate between tenants and landlords and run the community center, among other services.

The failure of Measure F, however, took away the CSD’s ability to levy a utility user tax (UUT) — an 8 percent tax on the utilities of I.V. residents — meant to be the primary source of funding for the local body.

What happens now?
Yes on E&F organizers have not written off Measure F just yet. There are still 1,349 provisional ballots to be counted Thursday, and proponents are hopeful that these ballots may swing the vote.

Should Measure F still not pass, however, the future of the CSD could prove to be trivial.

According to Darcél Elliott, Yes on E&F campaign manager, monthly CSD board meetings could turn into a community space for residents to discuss issues at hand, but “they just wouldn’t be able to do anything about it.”

“This has been the problem in Isla Vista for a long time. We have the ability to talk about things but not the ability to do anything about it,” she said.

As for ways to obtain funds, newly elected CSD board member Jay Freeman said it will be difficult to obtain enough money “to pay for anything important.”

The CSD board of directors could start a crowdfunding campaign, he said, but this is an unlikely option for matching the $512,000 that the UUT could have provided.

It is also possible that the CSD board could apply for federal grants. The ultimate fate of the CSD, however, hangs on the passage of the UUT.

According to Assembly Bill 3 (AB 3), if voters do not approve the UUT before Jan. 1, 2023, the CSD shall be dissolved as of that date.

This leads to another issue: deciding when to put the UUT on the ballot again.

Elliott said CSD board members could very well decide to propose the UUT in the next midterm election in two years. 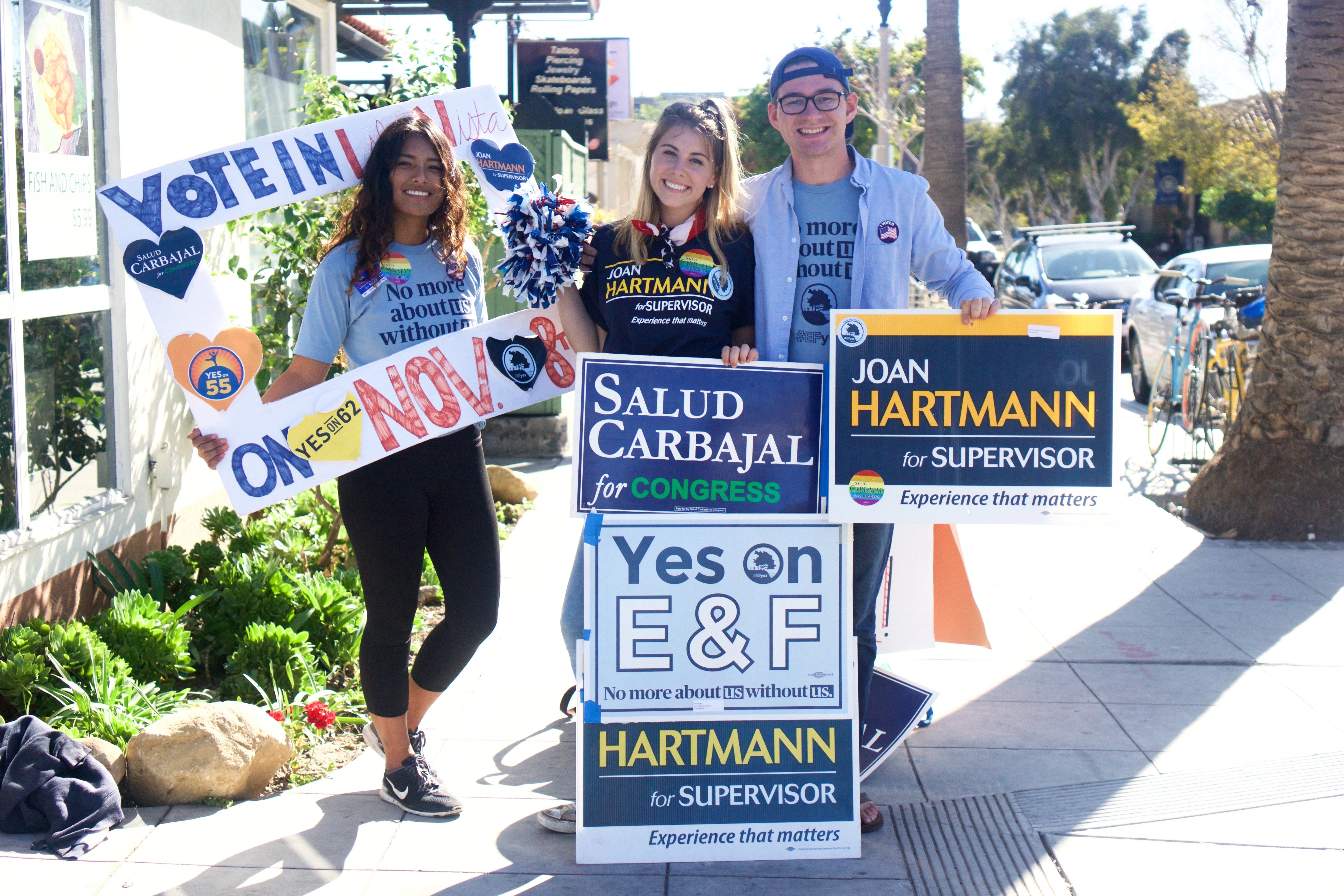 However, running another campaign would prove costly, Freeman said, and organizers are unsure where to obtain funds for subsequent campaigns. He said it would also be difficult to have voters approve a tax that has already been denied.

What went wrong?
According to Freeman, those active in the CSD movement for the past two years never talked much about the prospect of the CSD passing without the tax. Many proponents took it as given, he said, that the tax and the CSD would both pass.

Freeman said the Yes on the E&F campaign organizers limited their support by tying their campaign strictly to the campaigns of local Democrats like Congressional candidate Salud Carbajal and Third District County Supervisor candidate Joan Hartmann.

“They lost a lot of opportunity to form a coalition of disparate politicians,” he said. He cited how the Yes on E&F campaign rejected the donation of Third District County Supervisor candidate Bruce Porter in August.

Elliott said Yes on E&F organizers expected the two ballot measures to pass together this election cycle based on general feedback from residents.

“From everyone we talked to, people were supportive of both of them,” Elliott said. 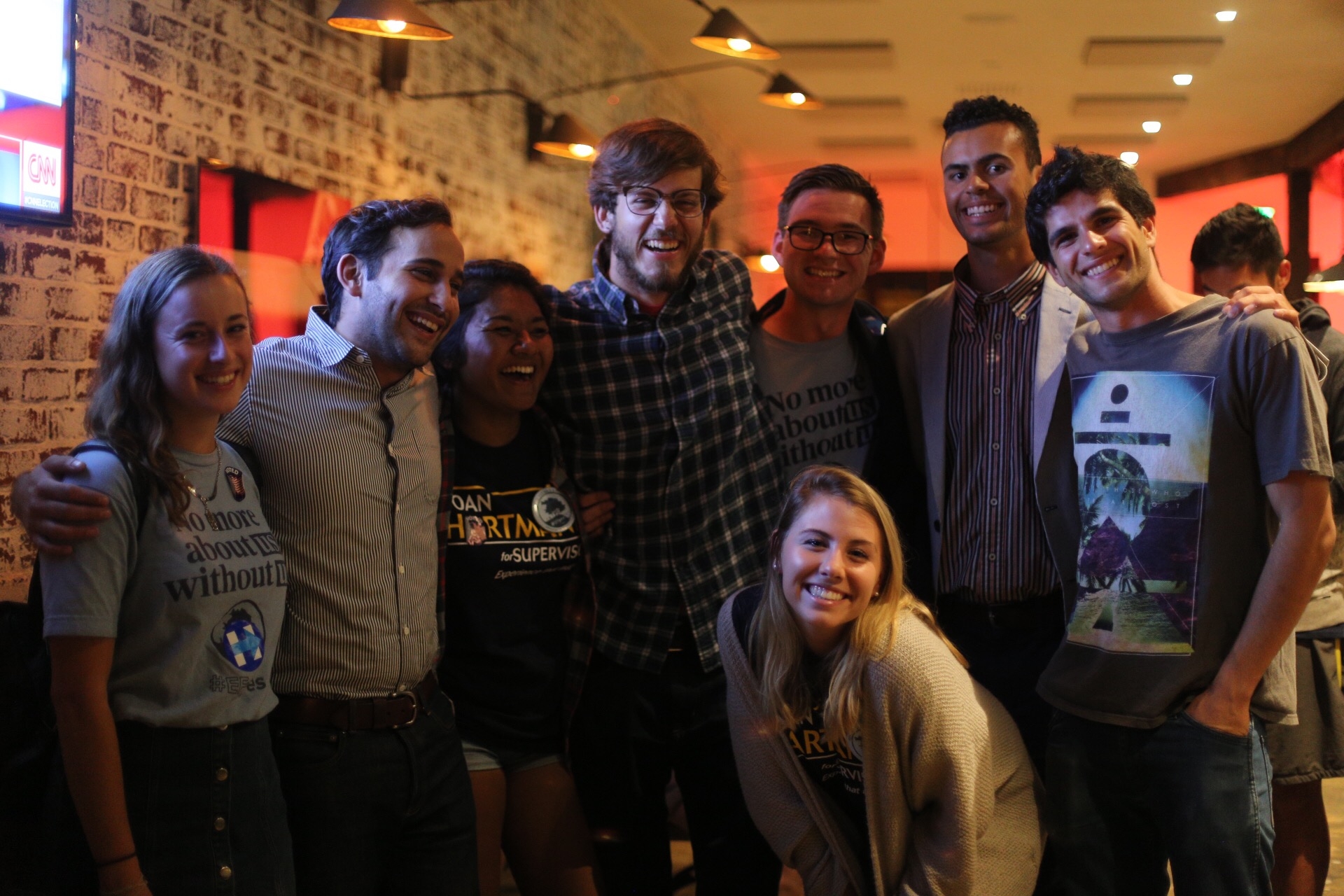 Elliott said she believes Measure F failed because most Isla Vista voters were subjected to the “fear tactics” of Isla Vistans Against Higher Taxes, the rival campaign to Measure F. She said they misled voters to believe the tax would significantly increase rent, when, in actuality, the tax would have only been an additional $5 to $10 every month.

“If we left flyers on everyone’s cars, the results might have been different, but we would have been breaking county ordinance,” she said.

Chuck Eckert, an Isla Vista property owner who led the opposition to Measure F, said the measure didn’t pass simply because it is a “horrible” measure. This is why voters were afraid, he said.

“What [Elliott] says is probably true, but a lot of times the truth will make people fearful of what will happen,” he said.

Fear is the reason Measure F failed, Elliott said, and it has been a driving force throughout this election cycle.

“In general in this election, fear won over hope,” she said.

A version of this story appeared on p. 1 of the Thursday, Nov. 10, edition of the Daily Nexus.

Sad, but predictable. Let’s review the records. Measure F was an unconstitutional utility tax. Utility taxes aren’t really a tax but the cost to pay for some utility service like water and sewage for examples. The utility services have to be “used and usable”. But the CSD utility tax provides no utility services. That’s the conundrum, that makes the Tax unconstitutional. This means if the tax was approved the CSD would face decades of litigation against it. So the failure of Measure F is a great blessing in disguise, and it is the only reason the CSD will be possibly… Read more »

Problem is Michael, the CSD wouldn’t have money to take LAFCO to court if it scuttled a general law city.

Oops I was off by half a billion dollars according to this report on UCSB’s economic impacts on Santa Cruz County it’s a billion dollars income received by UCSB according to this report I found on the UCSB Administrative Service Campus Design and Facilities website titled “UCSB’S IMPACT ON THE ECONOMY” “UC Santa Barbara has a positive influence on California, and especially the South Coast. With over 6,500 degrees conferred each year, UCSB makes a large contribution to the economic health and cultural diversity of the region. The University’s $1 billion impact accounts for 5.3% of the total Santa Barbara… Read more »