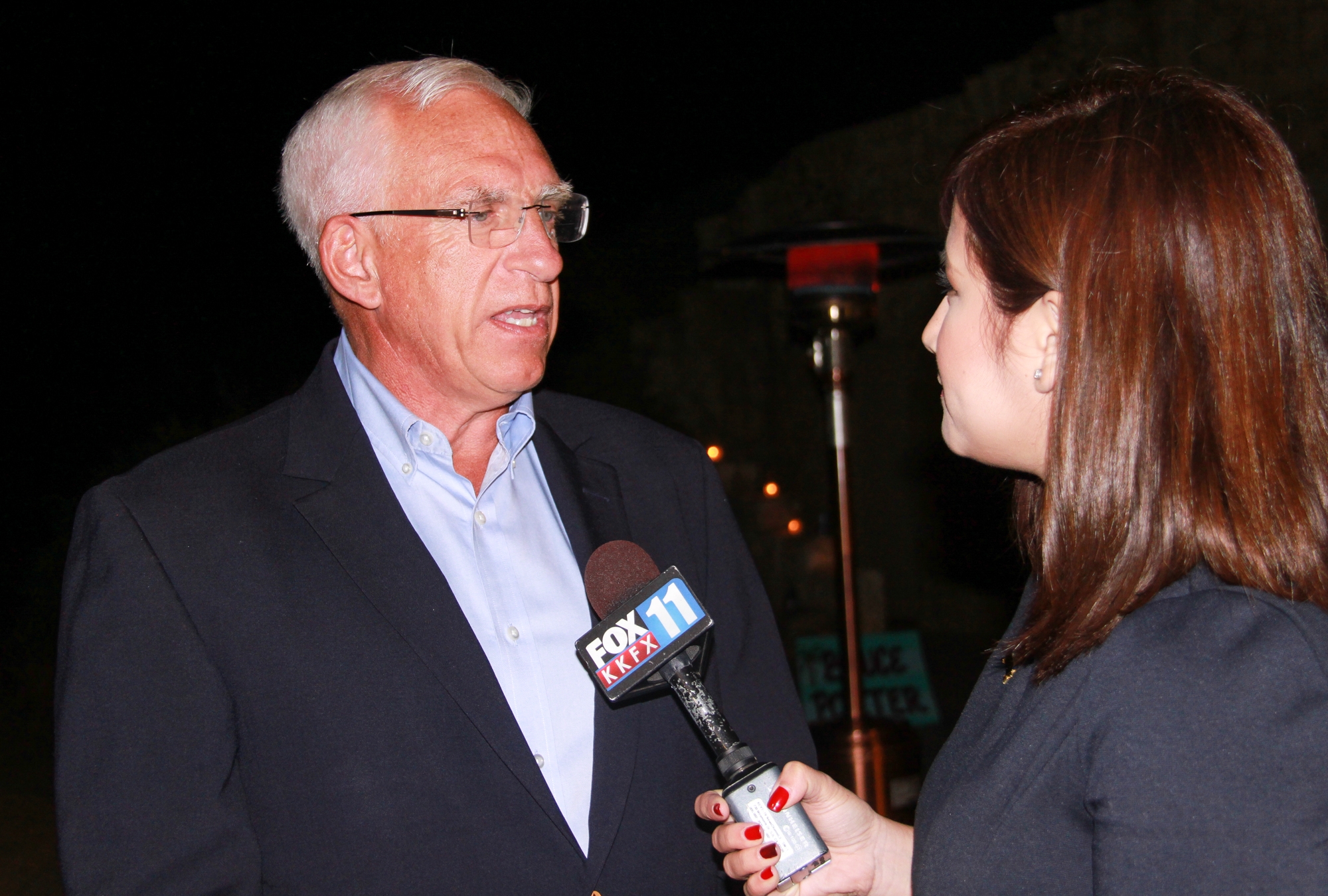 While the GOP gained major victories nationwide, Republicans in Santa Barbara County, like Justin Fareed and Bruce Porter, found themselves not as fortunate Tuesday night. Both candidates lost in their bids for U.S. Congress and Santa Barbara County Third District Supervisor, respectively.

On election day, Justin Fareed, who ran for Congress under the 24th District of California, held his watch party at the Benchmark Eatery. The restaurant was filled with excitement and roughly 200 local Republicans came to support Fareed and watch the presidential results roll in.

Many attendees characterized their support for Fareed on the basis of him being “young and energetic” and “a change from the status quo.” His mother, Linda Fareed, said “I think this generation is anxious for change.”

With regard to Fareed’s chances at winning, attendees were all very hopeful and “cautiously optimistic,” as one attendee put it.

“Together, there is nothing that we cannot accomplish,” Porter said. “The election is over; let’s all now roll up our sleeves and work to make our country a better place.”

An advocate for increased self-governance and service expansion in Isla Vista, Porter brought to light his plan for the future of the community in a proposal entitled “Isla Vista 2.0.” Porter’s model sought to expedite measures toward self-governance and establish a type of government that responds more efficiently to residents’ needs. 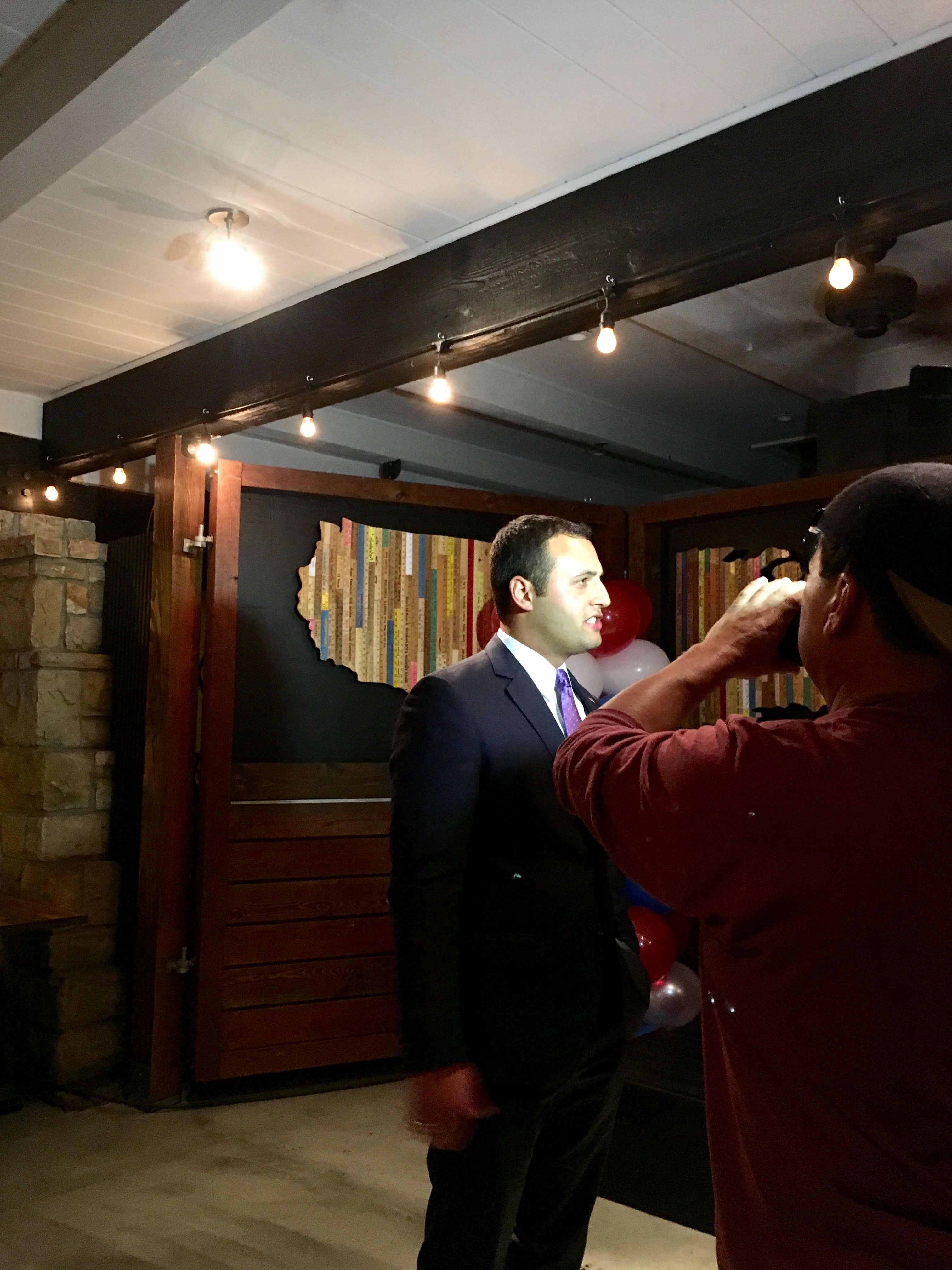 Justin Fareed is photographed during his election viewing party at the Benchmark Eatery on election night. Karenina Alfaro / Daily Nexus

Upon Fareed’s arrival at Benchmark, the restaurant was overcome with commission. In his speech, Fareed seemed to know that his chances against Salud Carbajal were slim, but he said, “I believe and I have faith that we will make it through this.”

As the results were reported, showing Carbajal in the lead, Fareed disappeared behind a black curtain in the back of the restaurant followed by his mother and close friends.

Despite his loss against Carbajal, Fareed claims to have still been a winner.

Although it was a local loss, the room was filled with cheers and laughter when Donald Trump was announced President of the United States. Fareed left advice, not only for his supporters, but for all of us: “Take a stand and recognize that if you don’t get involved then you get the government you deserve.”

While Porter maintained a steady lead in early precinct counts throughout the night, later voting counts from UCSB, Isla Vista and Goleta precincts, in which Isla Vista represents almost a third of the vote, ultimately solidified defeat for Porter against opponent Joan Hartmann.

In spite of the loss, Porter called upon the Third District in his press release early Wednesday morning to “unite behind supervisor-elect Hartmann’s vision” and continue the progress toward improving the Santa Barbara County.

“Isla Vista 2.0 at its core is a way to listen better to the community,” Porter said. “It is a way to move into the future, versus staying in this time warp of nothing changing in Isla Vista’s infrastructure.”

The plan not only intended to complete the installation of new sidewalks and street lighting throughout the college town, but also to reconfigure county employees into a city council and staff capable of providing better assistance and information to the community at large.

Although his campaign made some personal attempts to reach out to the students and residents of Isla Vista, Porter admits, “We were not very organized in the primary, but we learned to listen better to what students’ concerns are about how the county treats them, so there’s a valuable lesson there.”

Better watch your calling of the congressional race prematurely — there are are over 100,000 ballots (mostly mail in) that still haven’t been counted and released. Considering the margin separating Fareed and Carbajal is less than 16,000 votes by what I saw last.

How on earth can county employees be ‘reconfigured’ into a city council? Nice one Porter. You promise students the world, but didn’t support a dedicated revenue source for Isla Vista. Thank Christ the students saw through that one. Our entire county dodged a bullet.