The Daily Nexus
Water Polo
Gauchos Aim for Perfect Conference Finish on Senior Night
November 10, 2016 at 5:04 am by Jorge Mercado 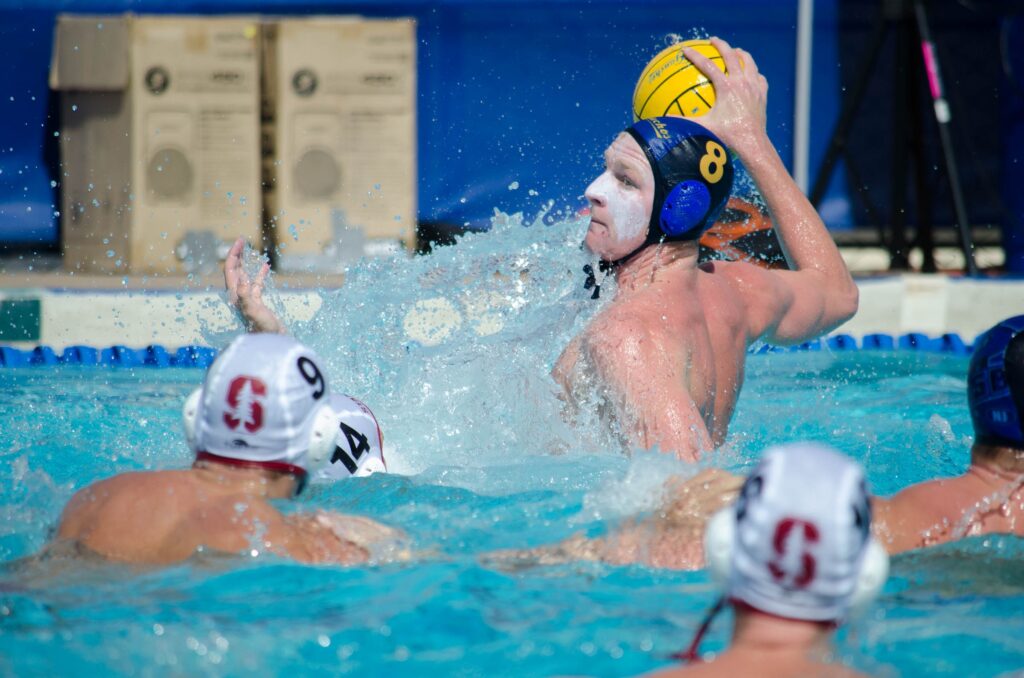 After upsetting then No. 4 Pacific away from Campus Pool 13-9, the new No. 4 ranked UCSB men’s water polo team is ready to accomplish something it hasn’t done in over 20-plus years: win a regular season conference title.

“We’ve been on a roll and had some great wins lately,” Head Coach Wolf Wigo said. “We can’t get complacent, though.”

The win against Pacific and two more in the Fresno mini tournament this past Saturday puts the Gauchos at 17-6 overall, 4-0 in Golden Coast Conference play. Santa Barbara is on its biggest winning streak of the year, extending it to six while also being winners in nine of its last 10 matches.

UCSB is already guaranteed the top spot in the GCC tournament next week, but a victory against Pepperdine solidifies them as the outright conference winner of the regular season standings, something it doesn’t want to give up so easily, especially on senior night.

No. 9 Pepperdine comes into Santa Barbara with a 12-11 overall record and a 2-2 record in conference play. Even with a victory, the Waves are already guaranteed a spot in the Golden Coast Tournament.

“Pepperdine is a really quality team and we know it’s going to be a battle; they are a rival of ours and rivals always give you a challenge,” Wigo said.

Hoping to pull off the upset, however, Pepperdine will need to rely on the defending of star junior goalkeeper Zack Rhodes. In the cage this season, Rhodes has been a beast posting 176 total saves this season, second best in the GCC and ninth best in the entire country.

Rhodes is one of two goalkeepers, alongside UCSB’s own Liam Lenihan, to win Golden Coast Conference Player of the Week after registering 18 saves in a losing effort against Pacific 9-8. His 7.8 saves per game is ranked fourth best in the conference.

Offensively, Pepperdine has some weapons as well, mainly coming in the form of attacker Marko Asic. The sophomore leads the entire conference in goals scored with 57. His 66 points rank first on the team and second in the GCC.

Two other notable performers are freshman Mate Toth and attacker Mark Urban. Toth is tied for third in the league in goals with 37, while his redshirt junior counterpart is second on the team and third in conference in total points with 60. Junior attacker Kenneth Keller ranks second in the GCC in assists with 29.

Despite Pepperdine looking like the better team with many players towards the top of the conference leaderboards, it is clear UCSB still holds the advantage.

The Gauchos have won six straight not because they have been playing easy teams, but because players like senior Reed Cotterill have been excellent. The utility is currently fifth in the GCC in goals with 36, and is coming off a solid four-goal performance in the upset win over Pacific.

Cotterill has been excellent during the whole winning streak, leading the team in scores with 12. Another solid player has been Boris Jovanovic who is right behind Cotterill in goals over the last six games with 10 of his own.

With it also being senior day on Friday, it will be an emotional day for the six seniors involved, especially Mitchell Hamilton and Lenihan.

Hamilton has scored 15 goals this season, the most of any senior on the team. Lenihan, on the other hand, has had an excellent campaign.

Last year, the Gaucho cage was led by Chris Whitelegge, one of the best goalies in MPSF history, so Lenihan had big shoes to fill, but it’s sufficient to say he has done so. This year, his 146 saves rank third in the GCC and he has been dominant during the last six games, recording 55 saves and allowing only one team to pass the double-digit mark in scores.

Santa Barbara has a chance to do something special on Friday, and it goes beyond winning a conference regular season title; it has to do with going undefeated. The last time UCSB went undefeated in conference was in 1979 — also the last time they won an NCAA title — and it would also be special to do that in its first year in the GCC.

“It’s a big deal. We haven’t gone undefeated in conference in 37 years,” Wigo said. “This would be a big statement win and its senior day; the guys will be motivated.

This year, the Gauchos are 7-1 at home with their lone loss coming to the No. 1 team in the country, UCLA. No doubt they will try to preserve that record this Friday.

UCSB faces off against Pepperdine in a senior day clash at Campus Pool on Friday, Nov. 11 at 7 p.m.