It was only four years ago when both Isla Vista and UCSB were consumed with this year’s political fervor once again. 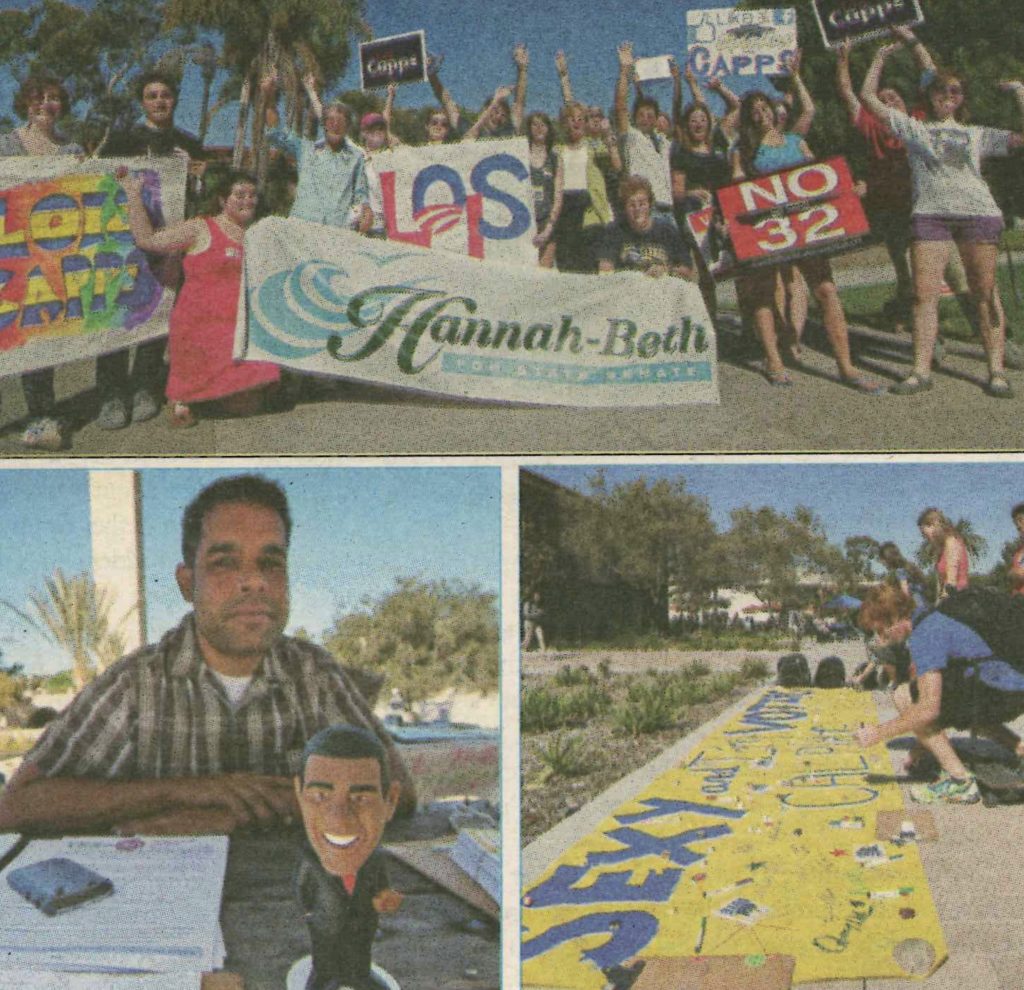 Students promote the campaigns of Barack Obama and Hannah-Beth Jackson among countless other propositions and measures in 2012. Daily Nexus archives

I.V. was again a political epicenter, and instead of this year’s signs for Yes of Measures E and F and Joan Hartmann, Isla Vistans often saw the signs for Congresswoman Lois Capps, Senator Hannah-Beth Jackson and Yes on Prop 30.

Although it was not as high as this year’s voter registration, I.V. had over 11,000 residents registered to vote, which at the time was an all-time high.

As a midterm election, the political excitement in 2012 leaned more toward propositions and measures rather than national elections.

“It was really focused on education issues measures and the need to pass revenue for both K through 12 and higher education,” he said. 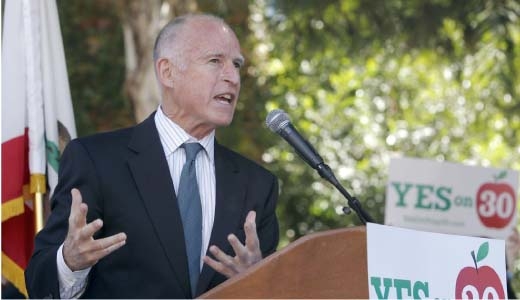 Jerry Brown promotes the Yes on 30 campaign during the 2012 elections. Nexus file photo

Another ballot issue that garnered strong support from many students was Proposition 32, which would ban both local and state candidates from receiving funding from unions and corporations.

In 2012, two major electoral races caught the interest of students and I.V. races: the contests between Lois Capps and Abel Maldonado for the Calif. State Senate seat and between Hannah-Beth Jackson and Mike Stoker for the two available Calif. Congress seats.

Some say these two races paralleled the popularity of this year’s Third District County Supervisor race between Joan Hartmann and Bruce Porter and the congressional race between Justin Fareed and Salud Carbajal. 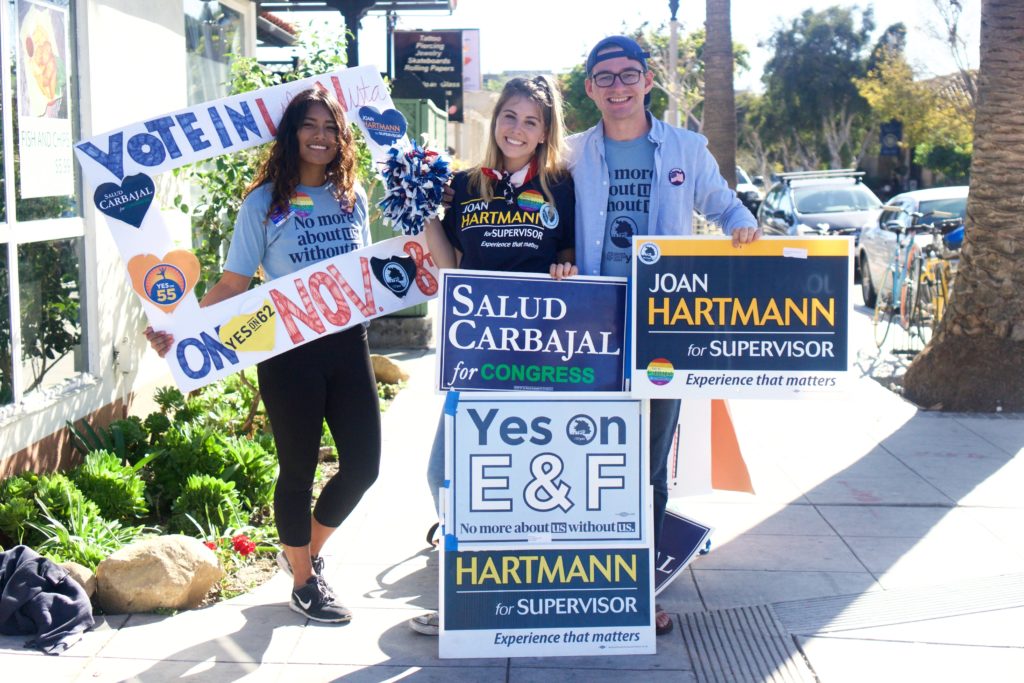 The 2016 elections were monumental for Isla Vista, including measures to create self governance and more. Shelley Kim / Daily Nexus

Like this year, students expressed support for these candidates and propositions through a variety of signs and posters. These could be seen all over campus but especially along the main bike path of the campus as well as the Pardall Road entrance of I.V.

Meanwhile, the Arbor was filled with people encouraging people to register to vote. The voter registration initiative called “Sexy and I’m Voting” could be seen on a daily basis throughout the week registering people to vote and having them sign a large banner afterward.

Despite the tremendous amount of visible political activism by students this year, Ron Nichols, 40-year resident of I.V., believes it was greater in 2012.

“That election in 2012 was really quite different than it is this year,” he said. “There was a lot more support overall, [and] I saw a lot more signs everywhere in I.V. than I have this year.” 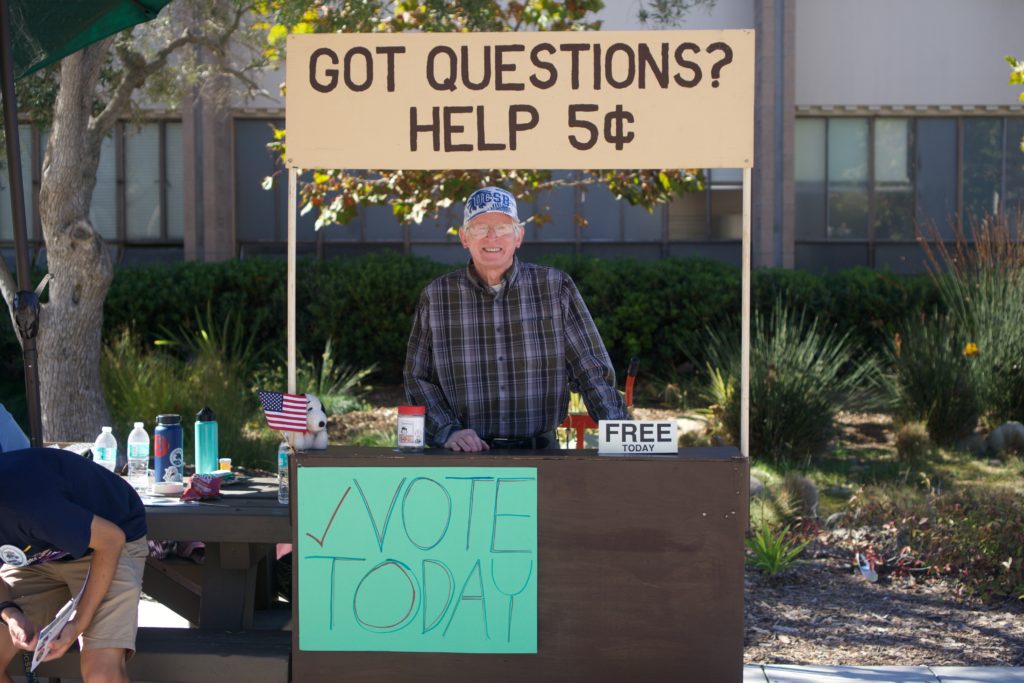 However, some believe that the level of political activism has remained consistent throughout the years.

Fifty-eight-year resident of I.V. Linda Tuomi said she hasn’t seen a lot of change throughout the years.

“It’s a pretty similar turnout and situation every year,” she said.

A version of this story appeared on p. 5 of the Thursday, Nov. 10, edition of the Daily Nexus.