The Daily Nexus
News
Recreational Marijuana To Be Legalized Statewide
November 9, 2016 at 4:20 am by Ava Talehakimi 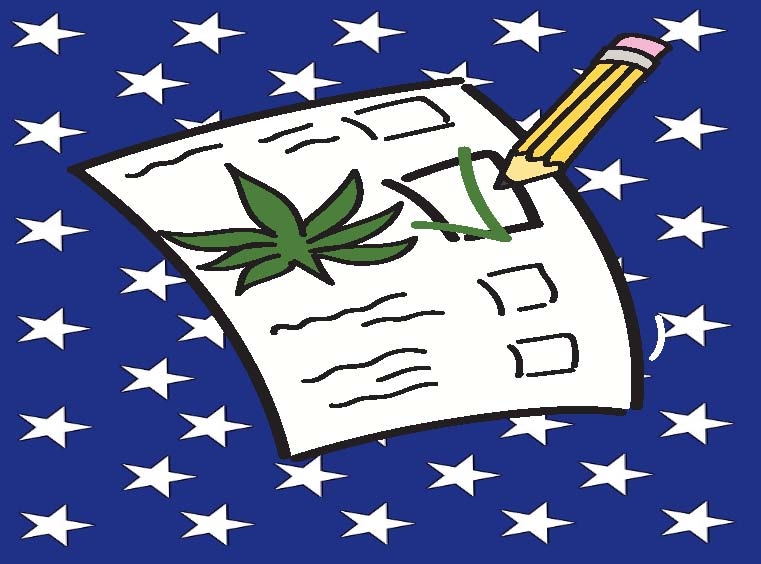 Proposition 64, which legalizes the recreational use of marijuana for persons 21 and older, has passed in California.

It is projected the bill will raise hundreds of millions to $1 billion annually through taxation, with the funds being used for causes such as cannabis research, youth programs and local health departments to name a few.

Legal sales of cannabis will come into effect Jan. 1, 2017, and marijuana sales will be similar to that of alcohol: No one under the age of 21 can legally purchase it, and consumption will be forbidden in most public spaces. Smoking weed will be illegal while operating a vehicle and wherever smoking tobacco is not allowed.

California will join Colorado, Washington, Alaska and Oregon as the fifth state to legalize recreational marijuana use.

Opposing groups of the prop criticized it for hurting small farmers, boosting the price of marijuana, making possession for minors a criminal offense and raising traffic accidents due to drivers under the influence.

Under the new legislature, adults may possess up to an ounce (around 28.5 grams) of cannabis and eight grams of concentrate. An individual is also allowed to grow up to six plants within a private home.

In 1996, California became the first state to legalize medical marijuana through proposition 215. The state’s rejection of marijuana has had a long history, with the sale of cannabis first being deemed illegal in 1913.

California first put the legalization of marijuana on the ballot in 1972, losing by a margin of 66.5 percent.