Over a thousand UC Santa Barbara students marched through Isla Vista early Wednesday morning and gathered underneath Storke Tower, protesting the election of Donald Trump. Another rally in response to Trump’s victory was held at 12 p.m. at Storke Plaza on Thursday. 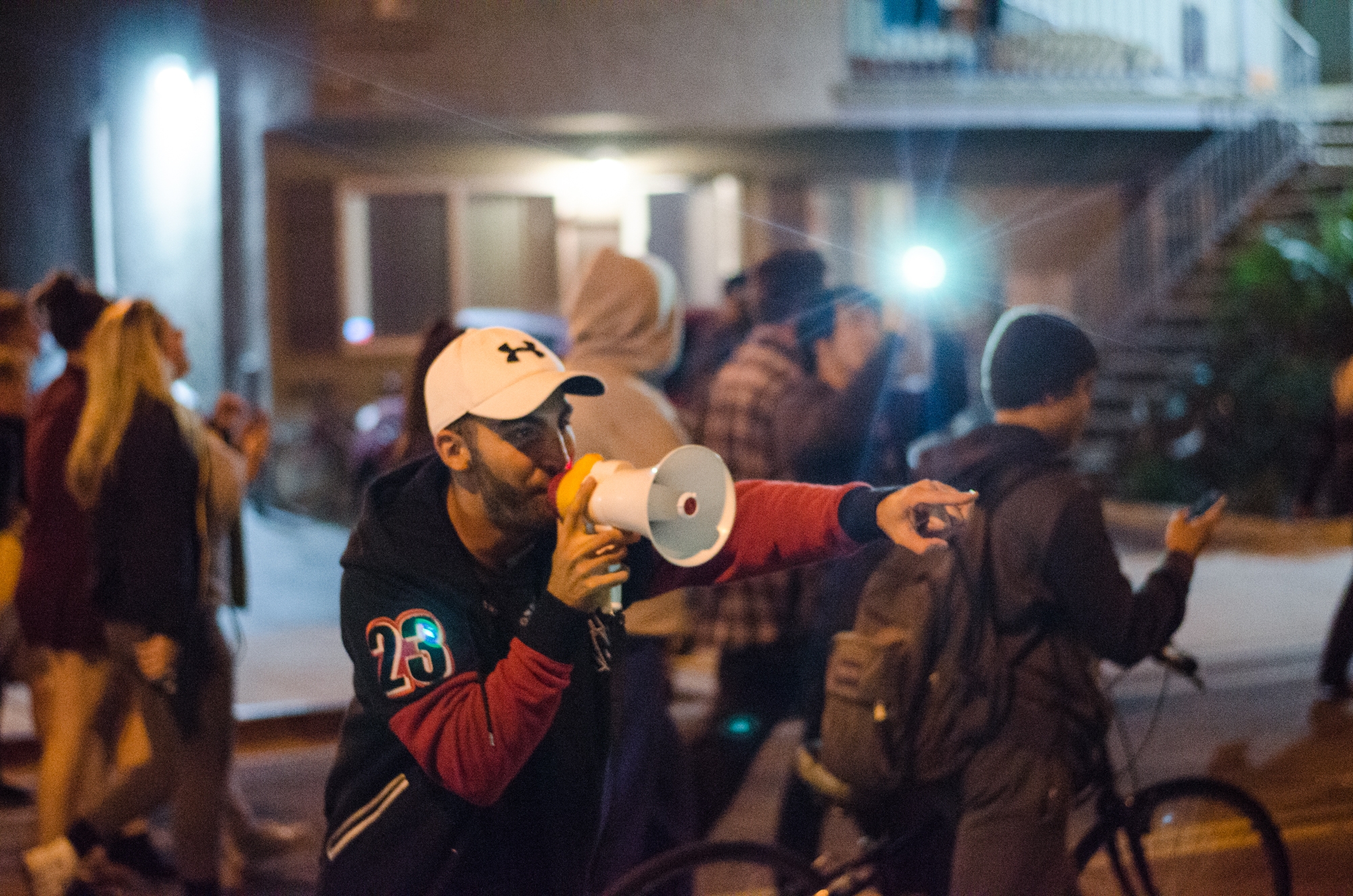 A student yells into a megaphone while joining the protest on Del Playa. Will Tran / Daily Nexus 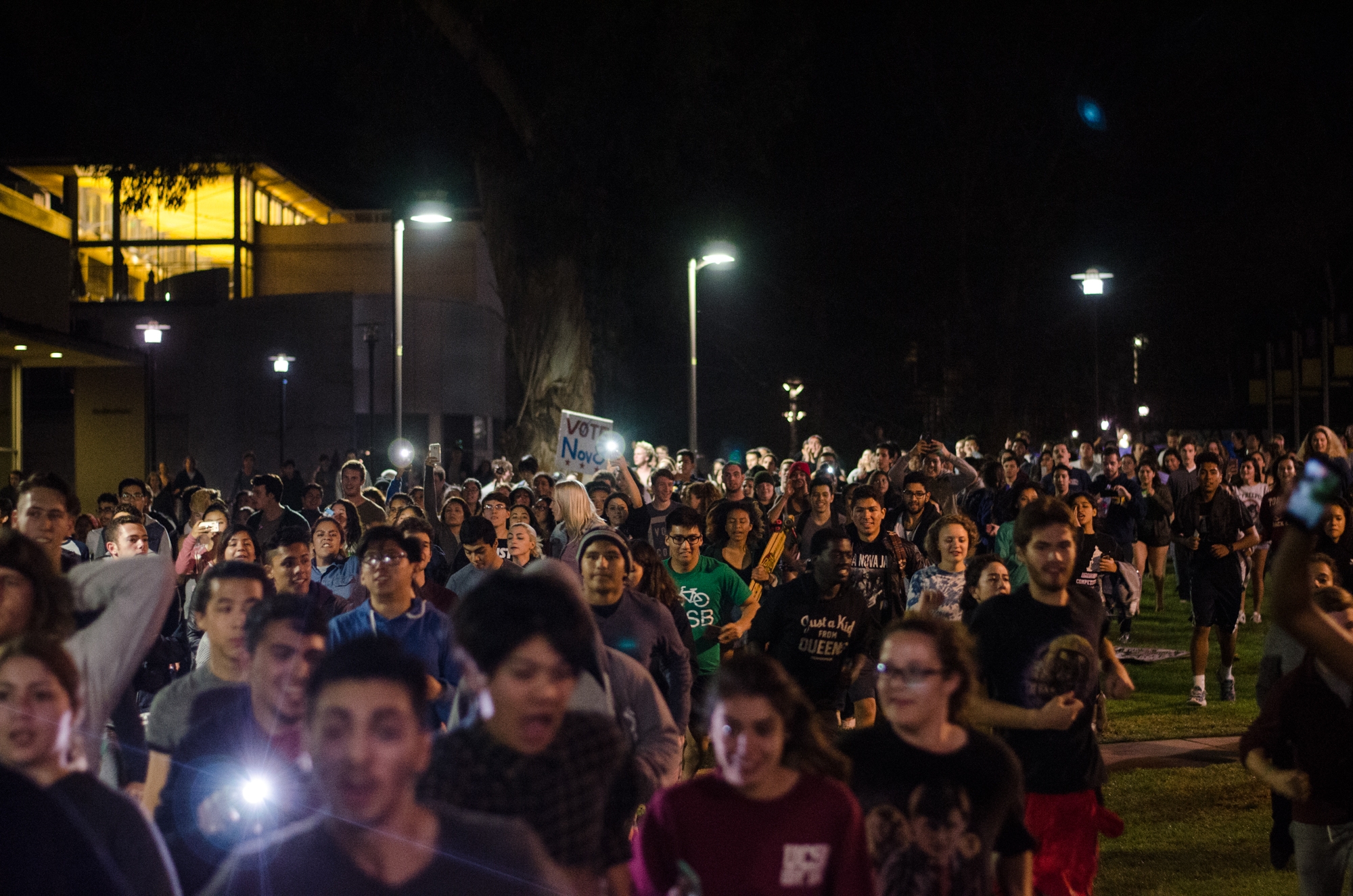 The crowd started in San Nicolas and moved to I.V. and back to Storke Plaza. Will Tran / Daily Nexus 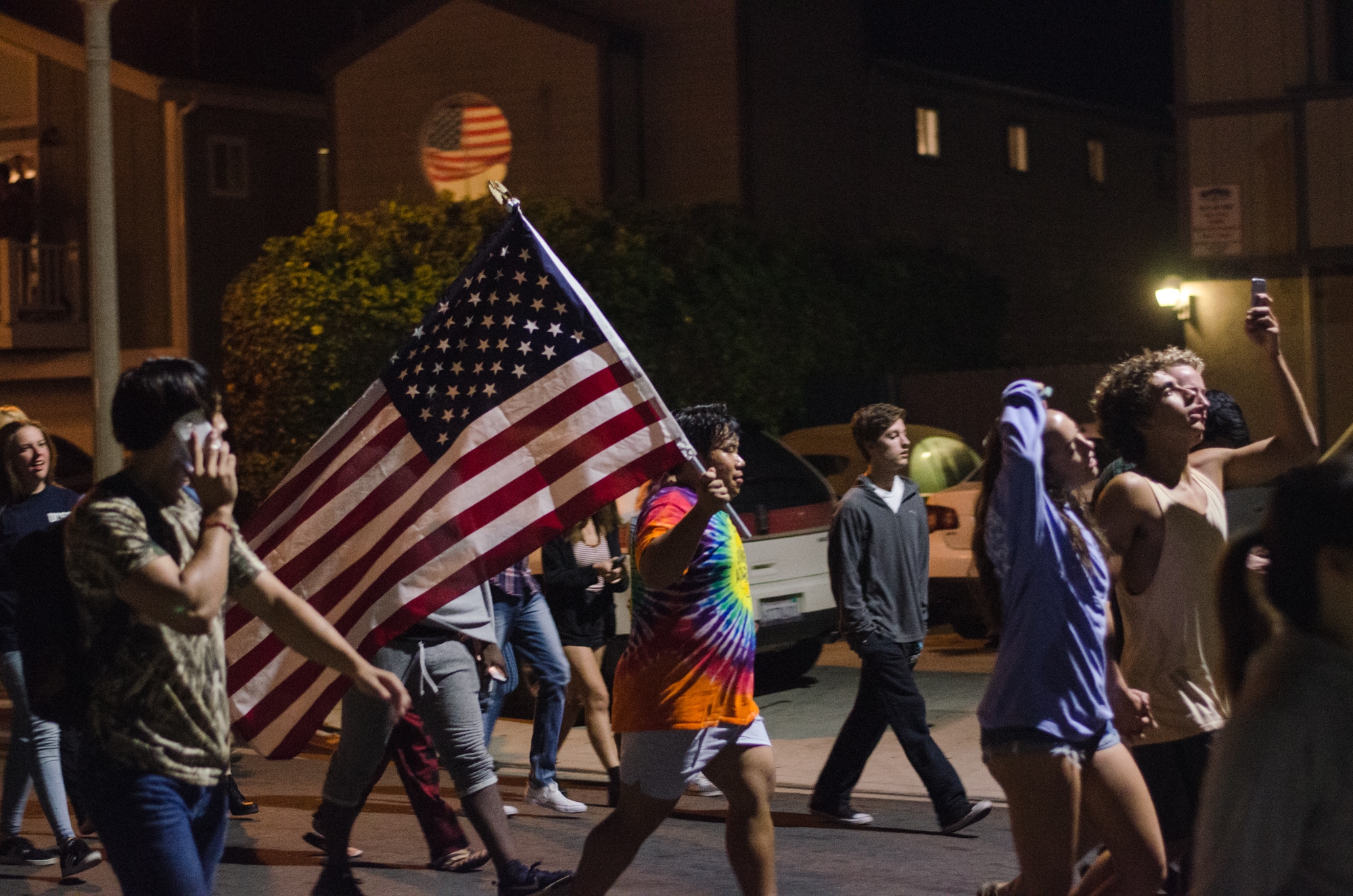 A Trump supporter proudly waved an American flag while others shouted, “Light it on fire!” Will Tran / Daily Nexus 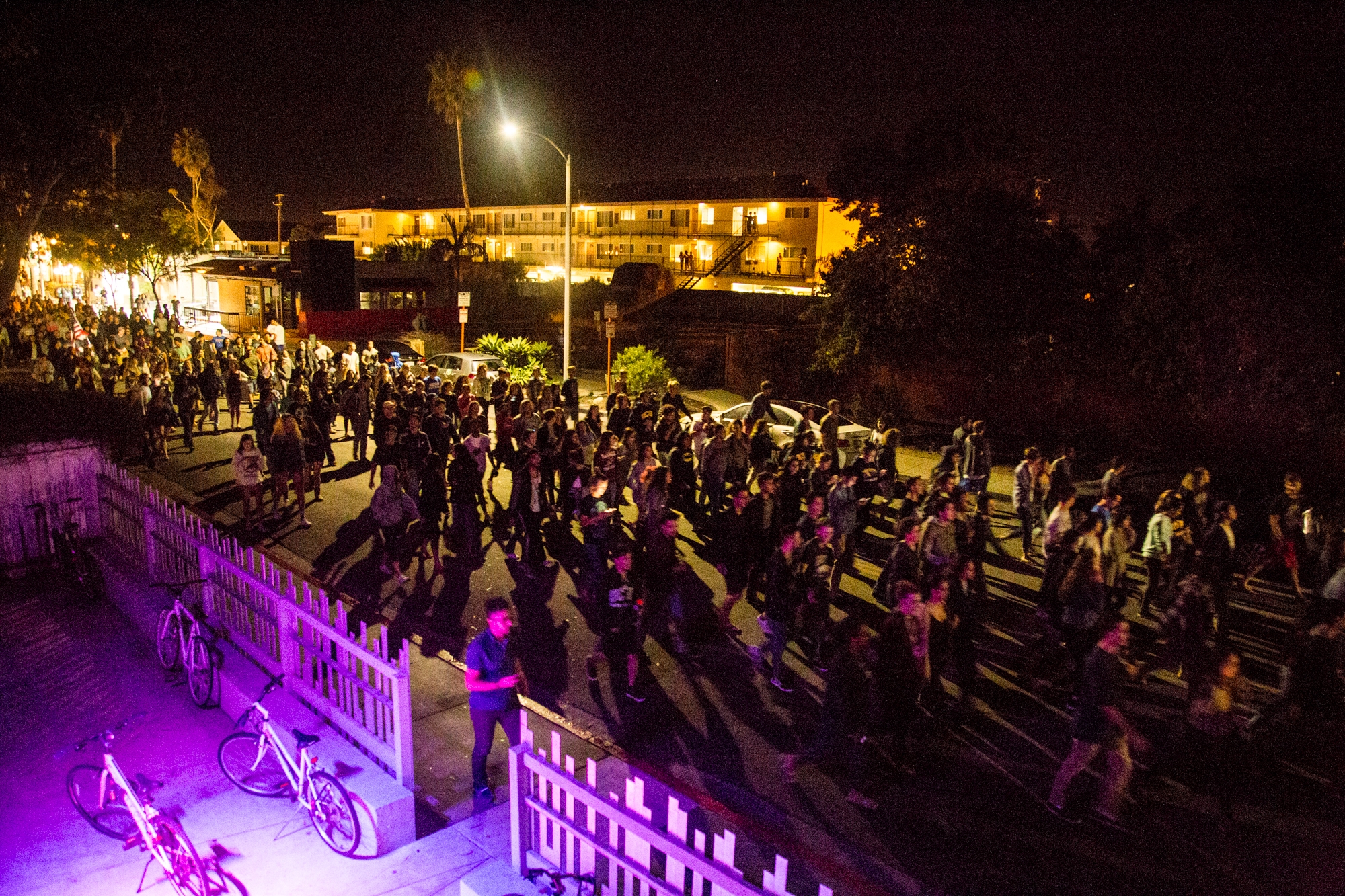 Nearing 1:30 p.m., the protest could also be heard from at least the 66 block of Isla Vista. Jenny Luo / Daily Nexus 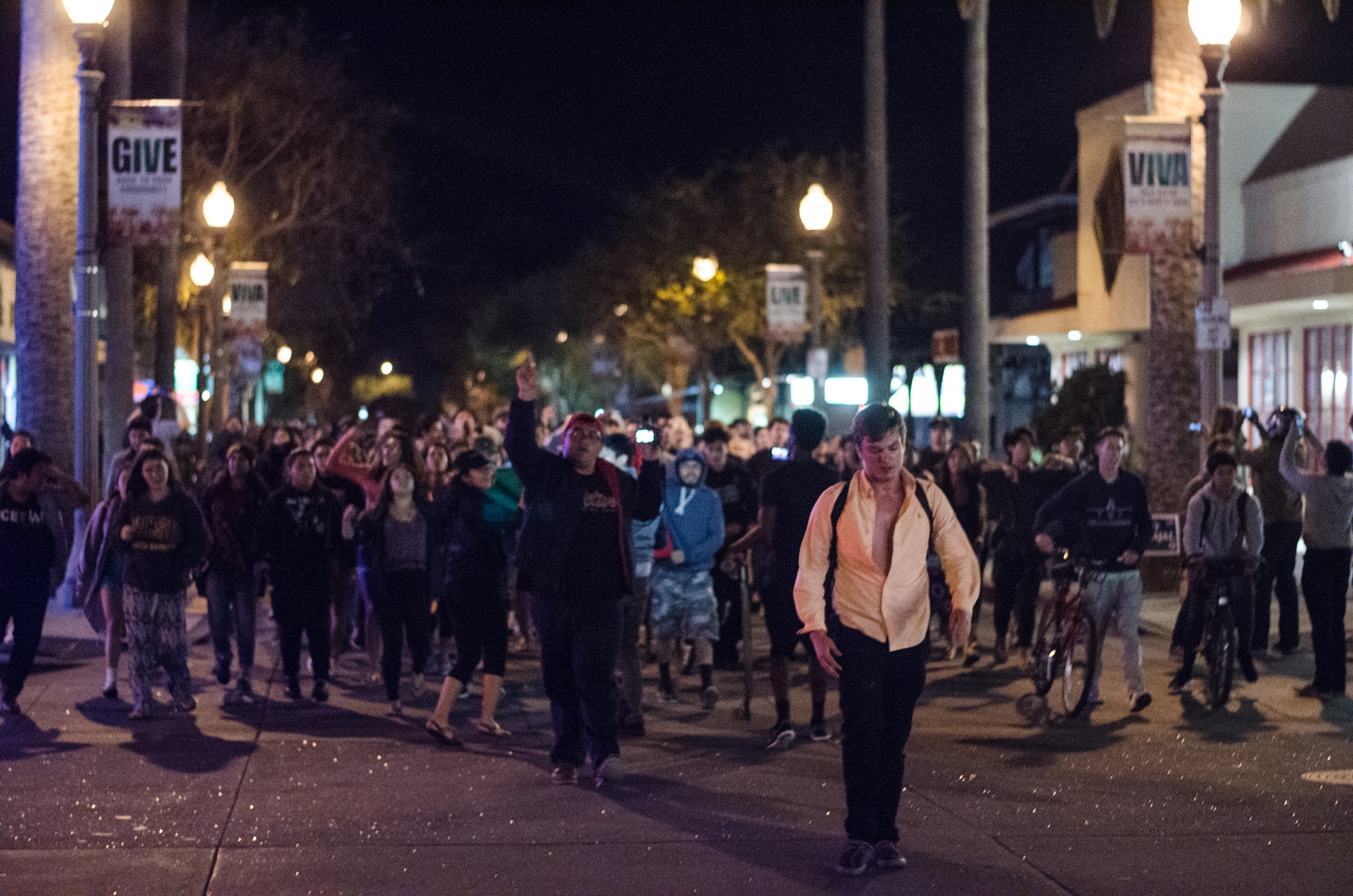 New protestors joined the crowd with each step. Will Tran / Daily Nexus 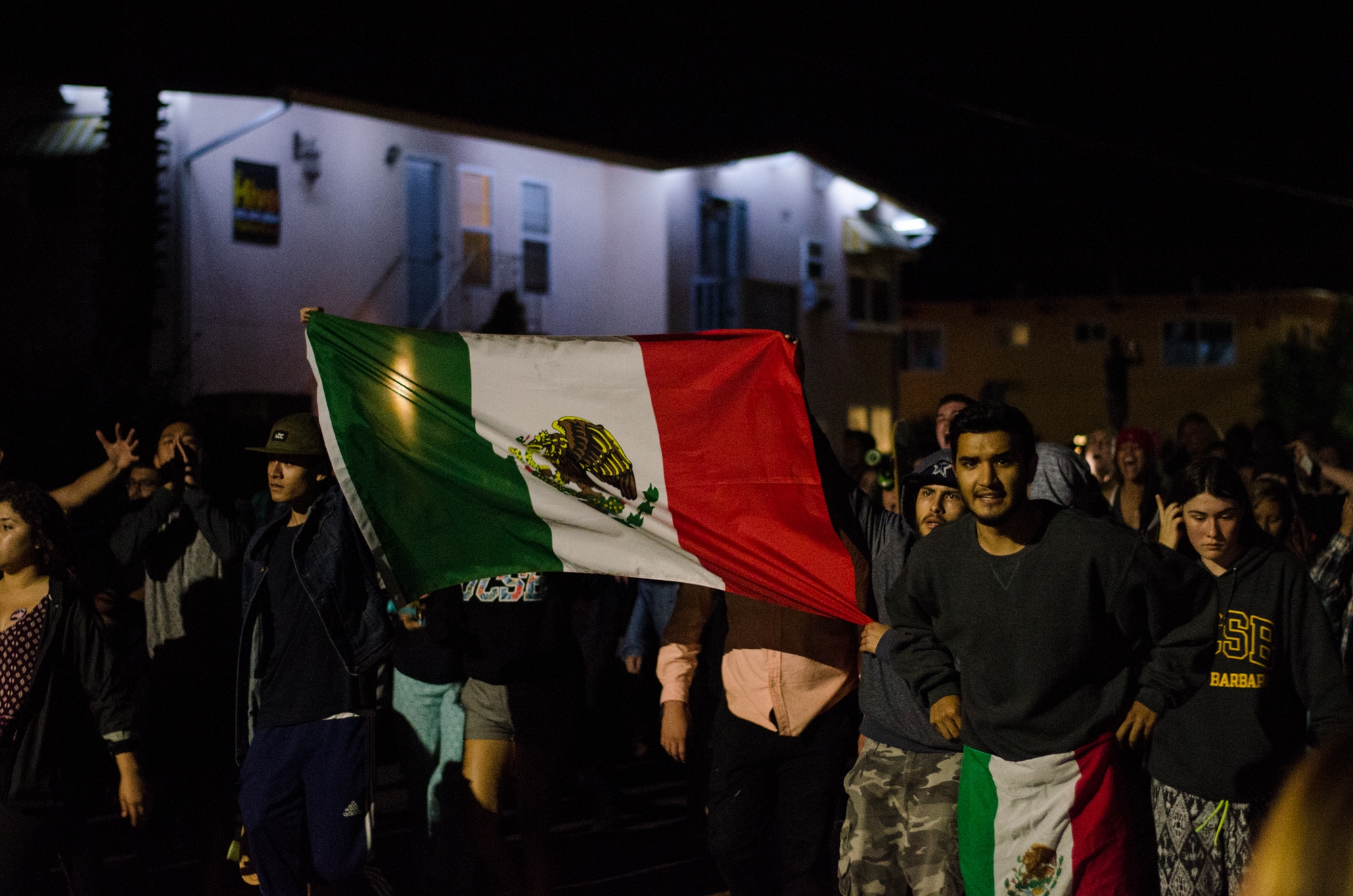 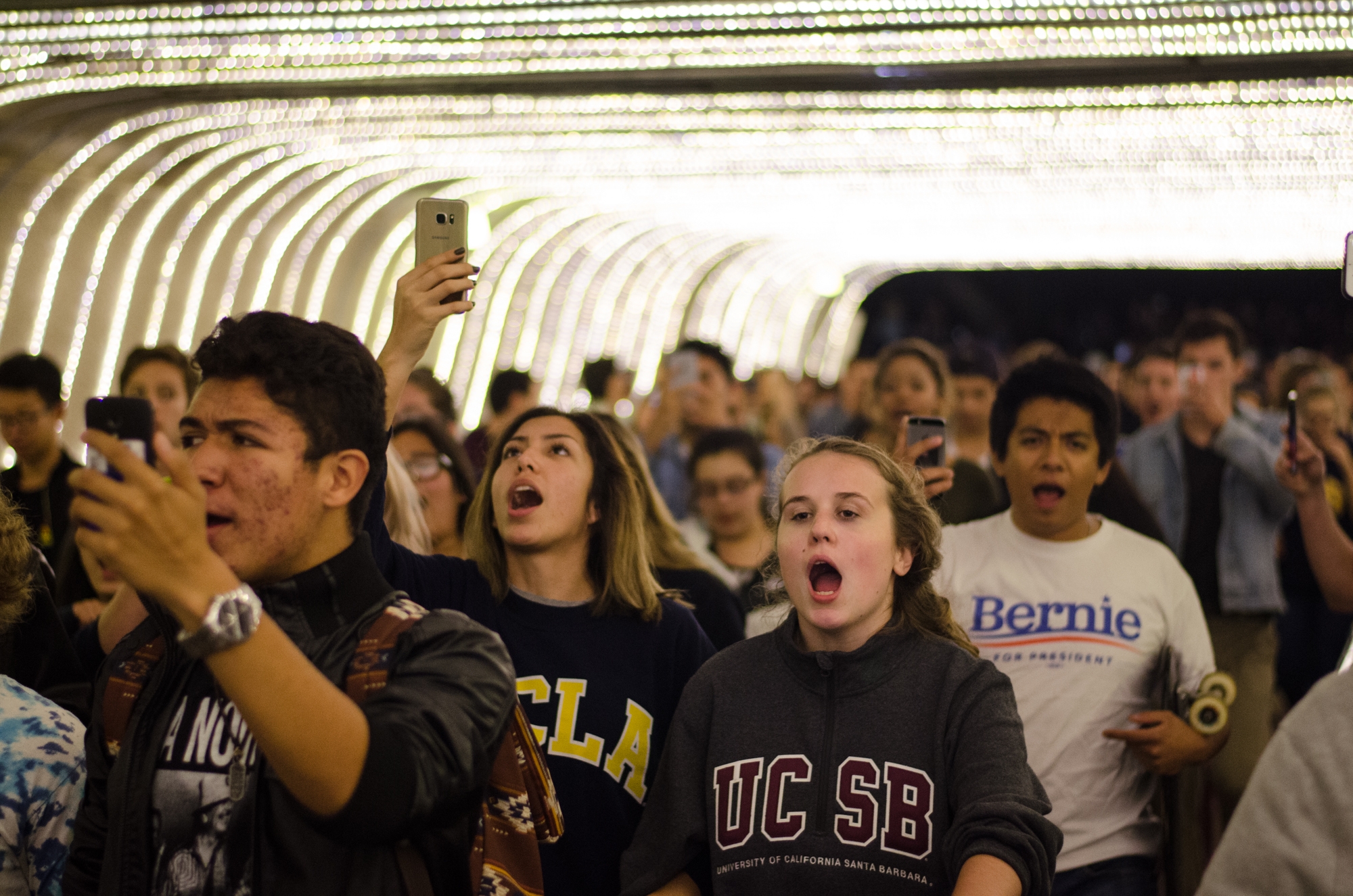 Protestors chanted “Fuck Donald Trump,” among other things, as they walked. Will Tran / Daily Nexus 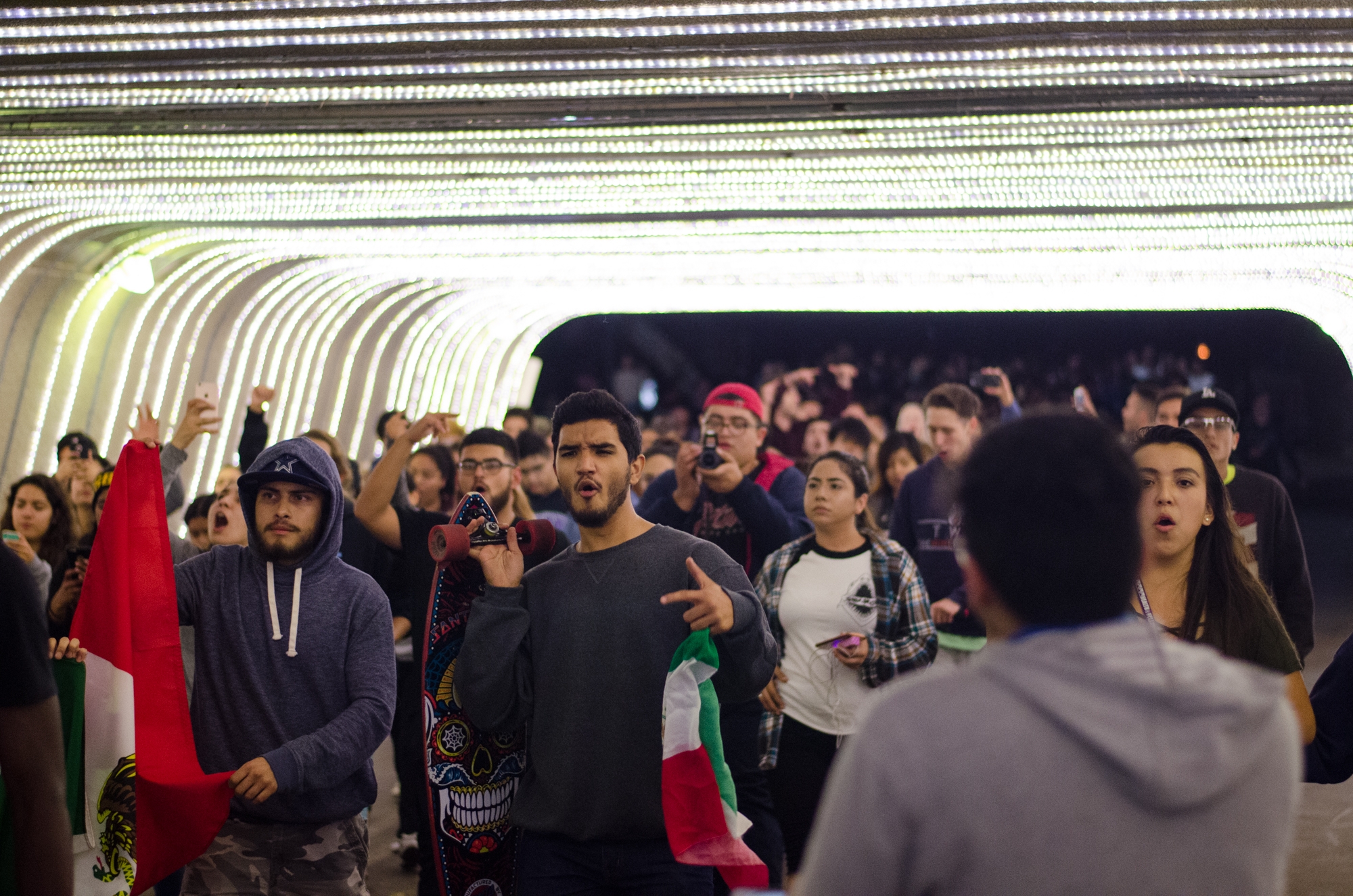 Students continued to make their way through Pardall tunnel. Will Tran / Daily Nexus 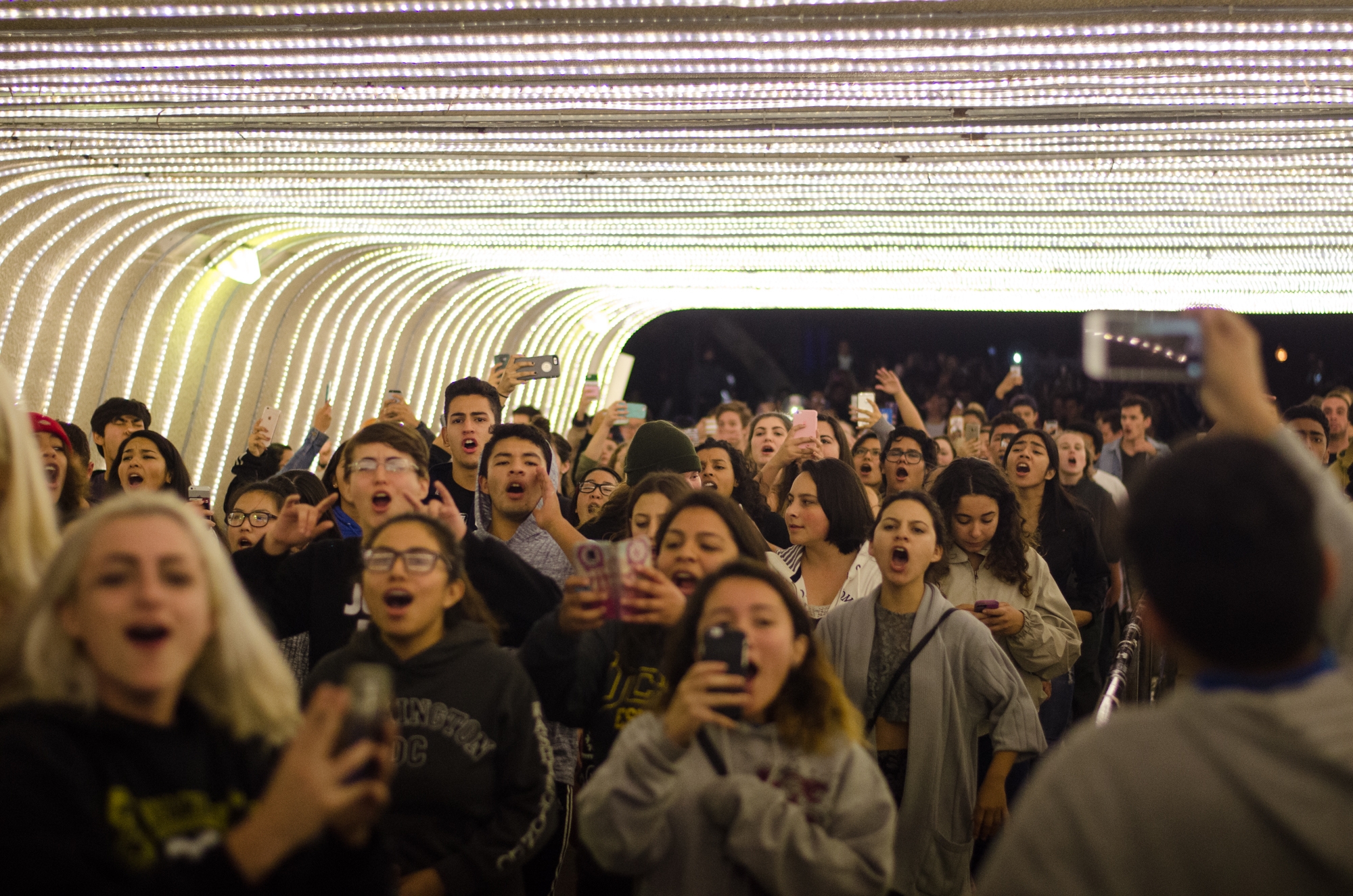 After passing around the Loop in I.V. and heading back through Pardall Road, the protest ended at the base of Storke tower. Will Tran / Daily Nexus 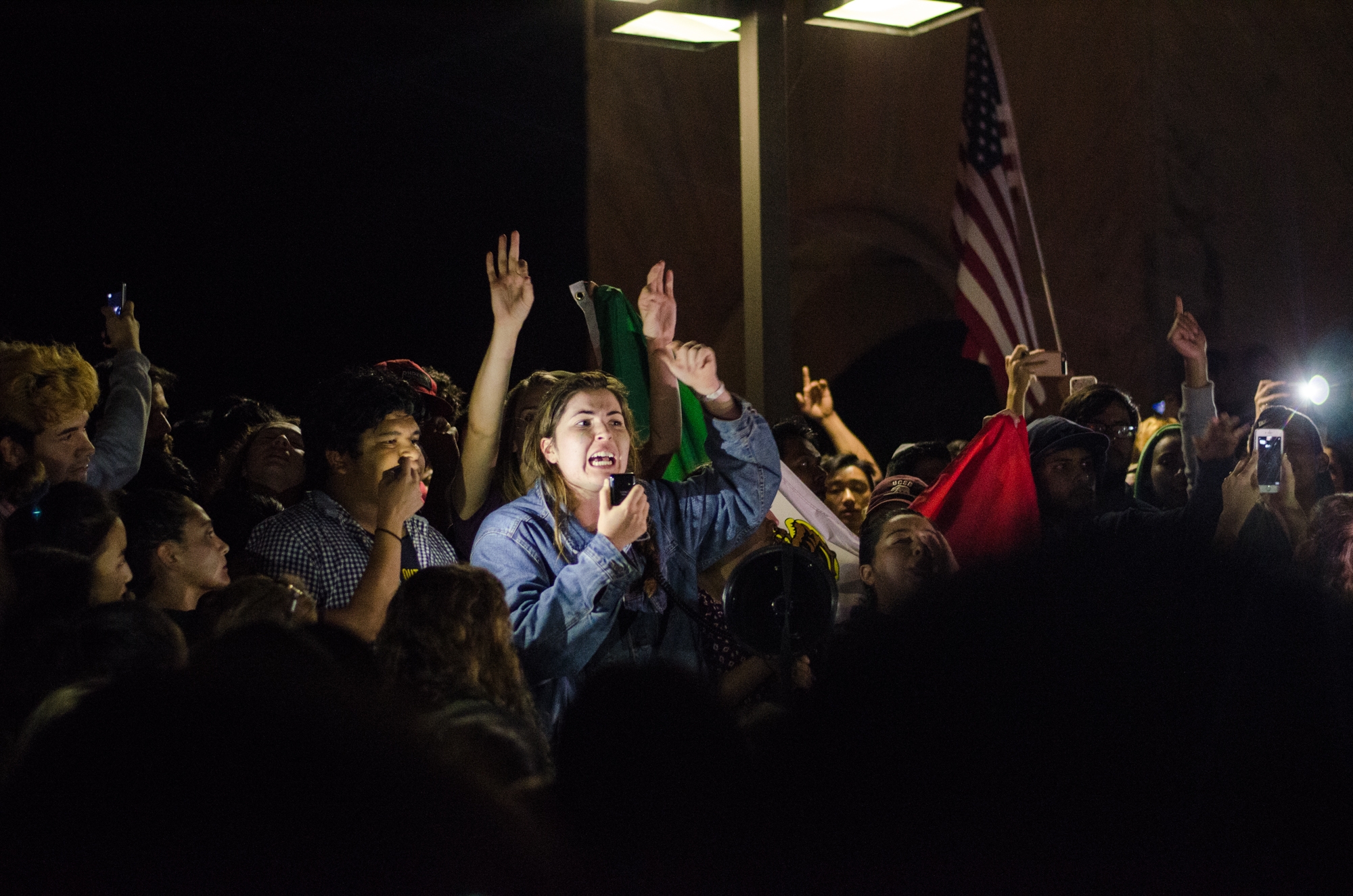 A student behind the speakers sported a Mexican flag, prompting chants of “Viva la Mexico.” Will Tran / Daily Nexus 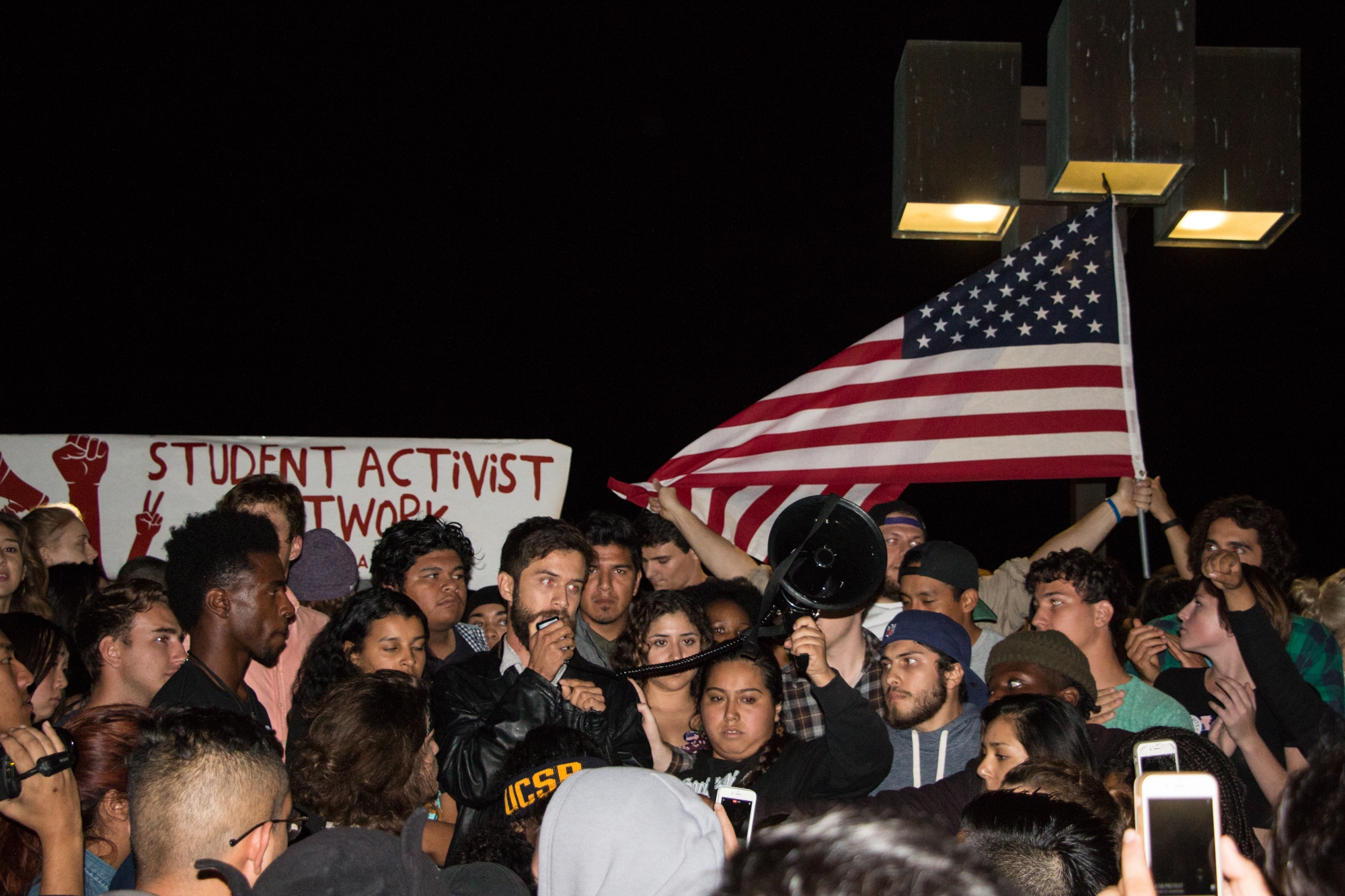 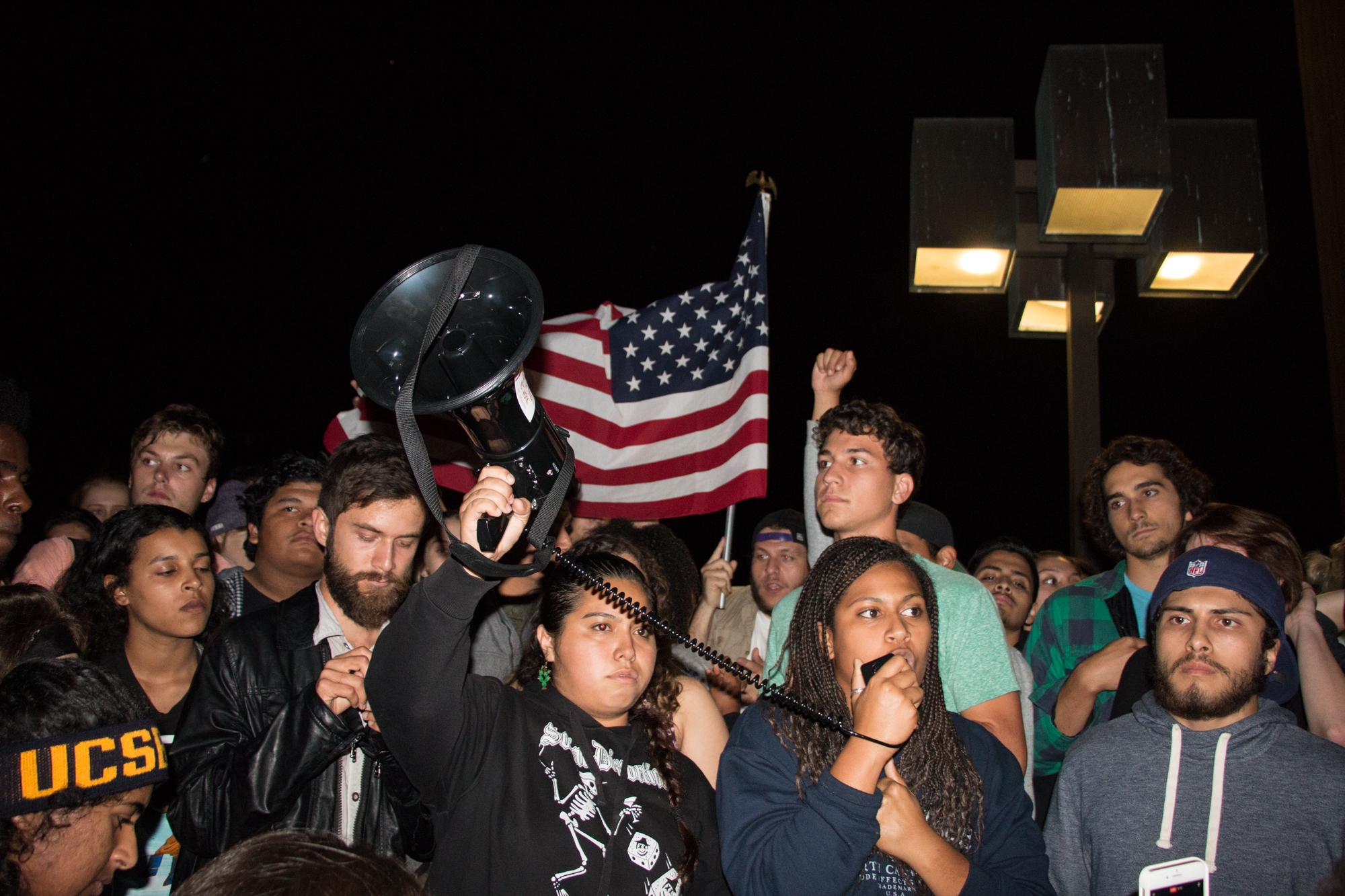 The protest reached 1,000 students by the time it ended at 2 a.m. Pei Chiao Lin / Daily Nexus