Chancellor Henry T. Yang and Dilling Yang joined Daily Nexus editor in chief Megan Mineiro on Monday for a walkabout Isla Vista. The Yangs accompany the Nexus each year to talk with students about their Halloween shenanigans. This year they ventured down deserted streets, witnesses to the quiet Halloween that starkly contrasted the rowdiness of partygoers common in years past. 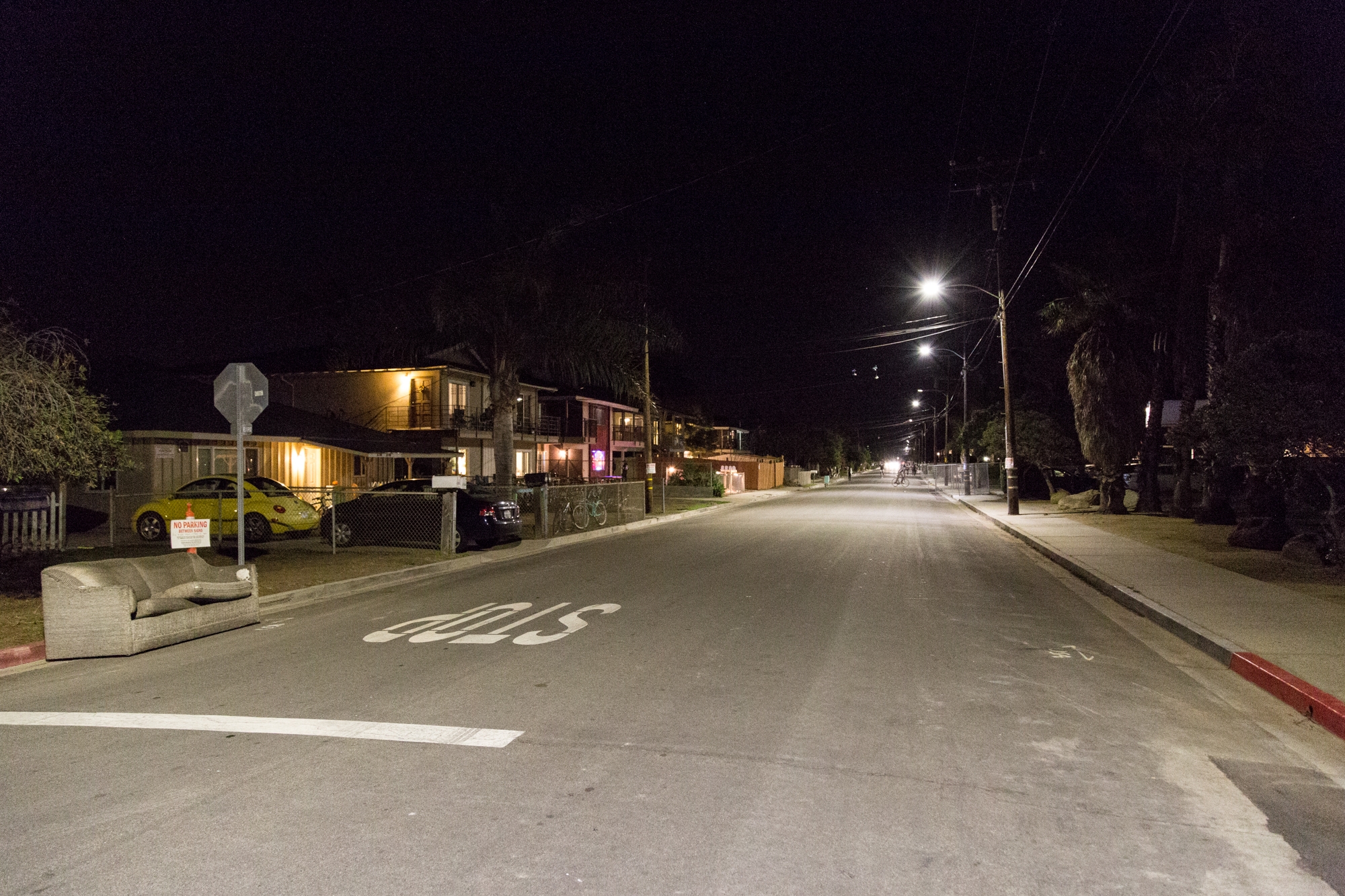 Neither music nor partygoers could be found on Del Playa Drive Monday night. Law enforcement reported just 46 citations and 26 arrests over the course of Halloween weekend, the majority for public intoxication or violation of the festival noise ordinance. 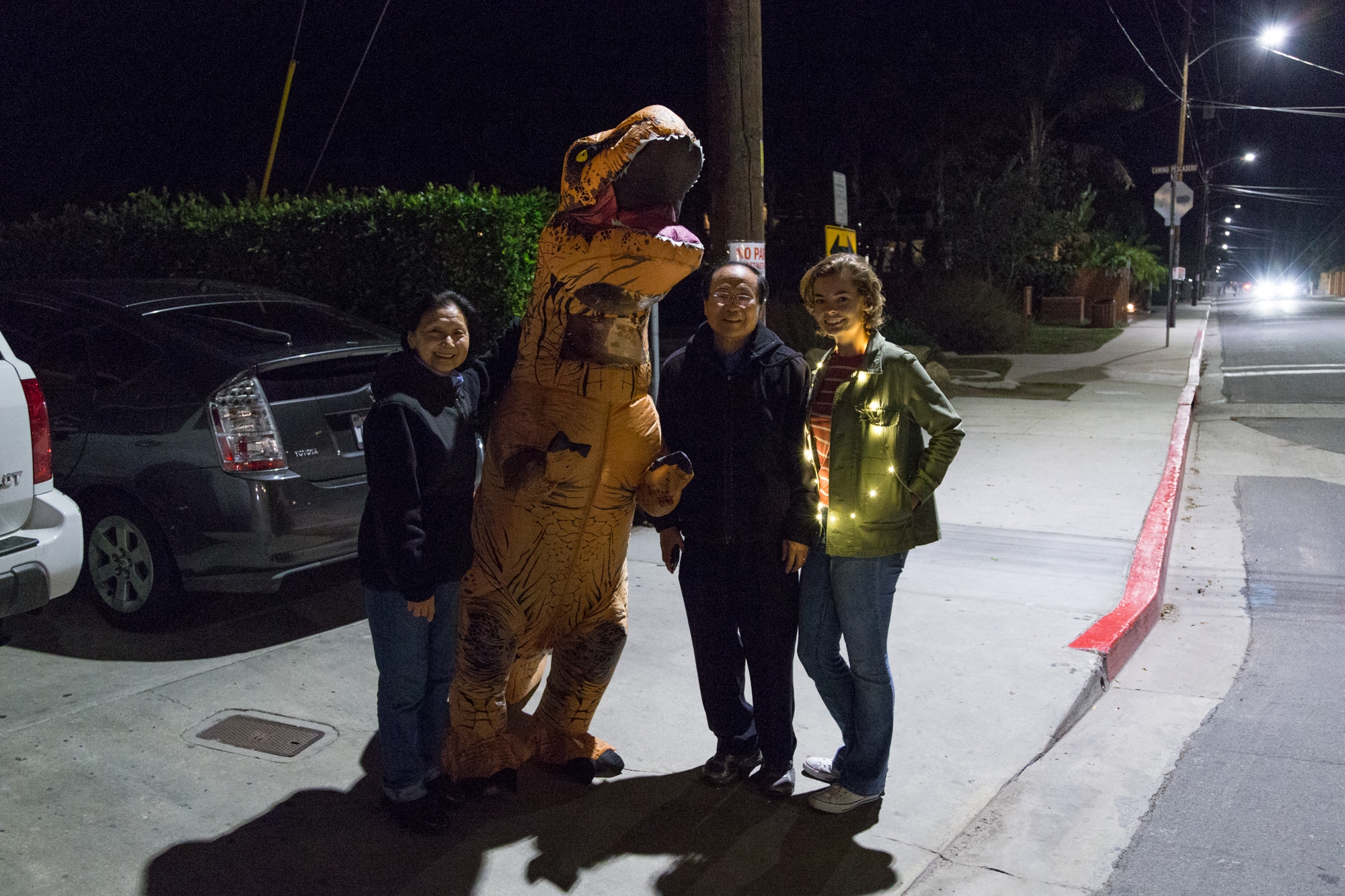 The Yangs interacted with the few students in costume walking down Del Playa. Nexus EIC Megan Mineiro dressed as Joyce Byers from the popular Netflix series Stranger Things, while the Chancellor said he was disguised as a grandfather. 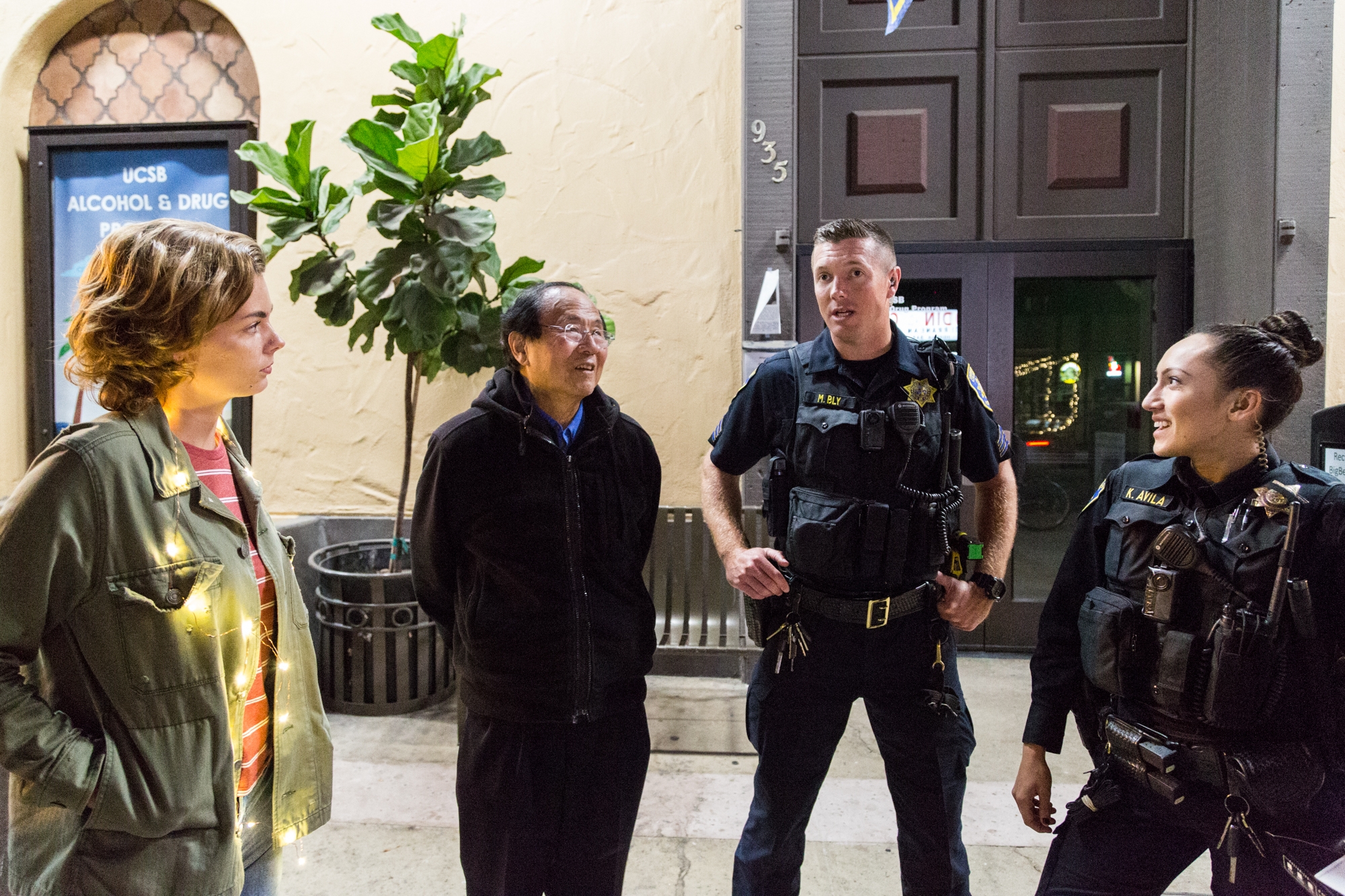 Daily Nexus EIC Megan Mineiro and Chancellor Yang stopped to talk with UCPD officers on patrol, as Officer Bly [center] reminisced about his time as a student in I.V. 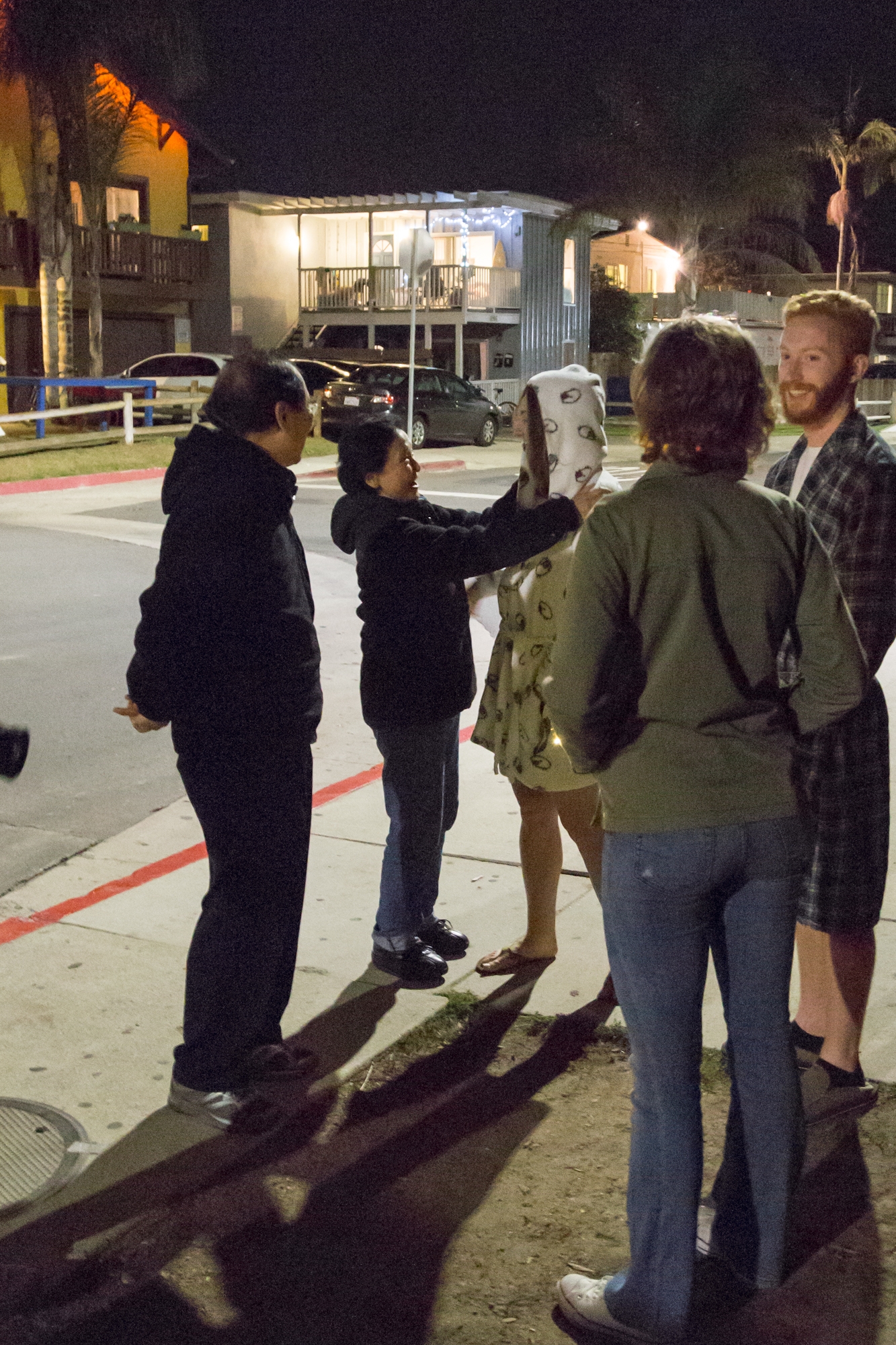 The Yangs took the time to stop and chat with multiple students they recognized during their walkabout I.V. 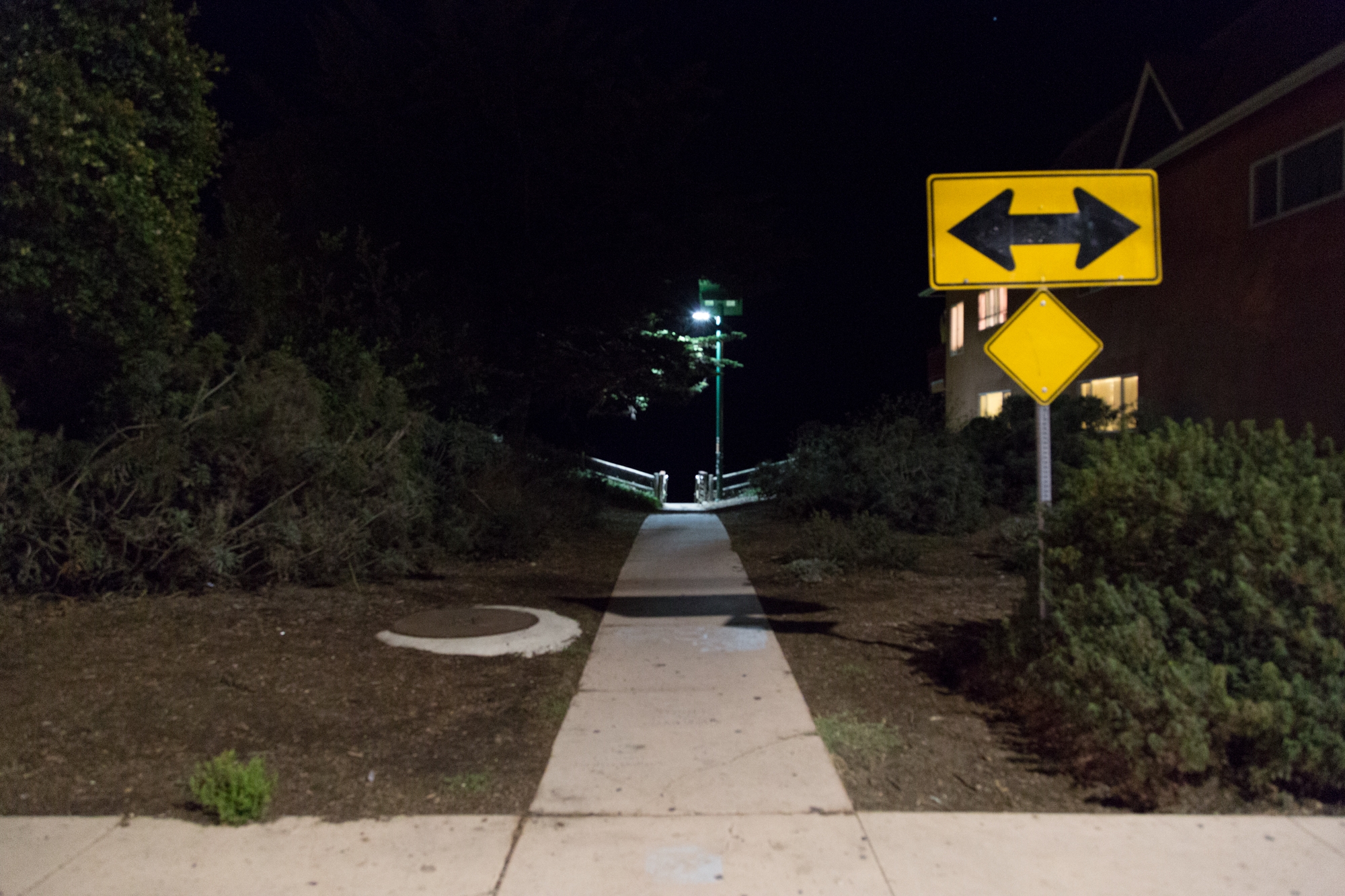 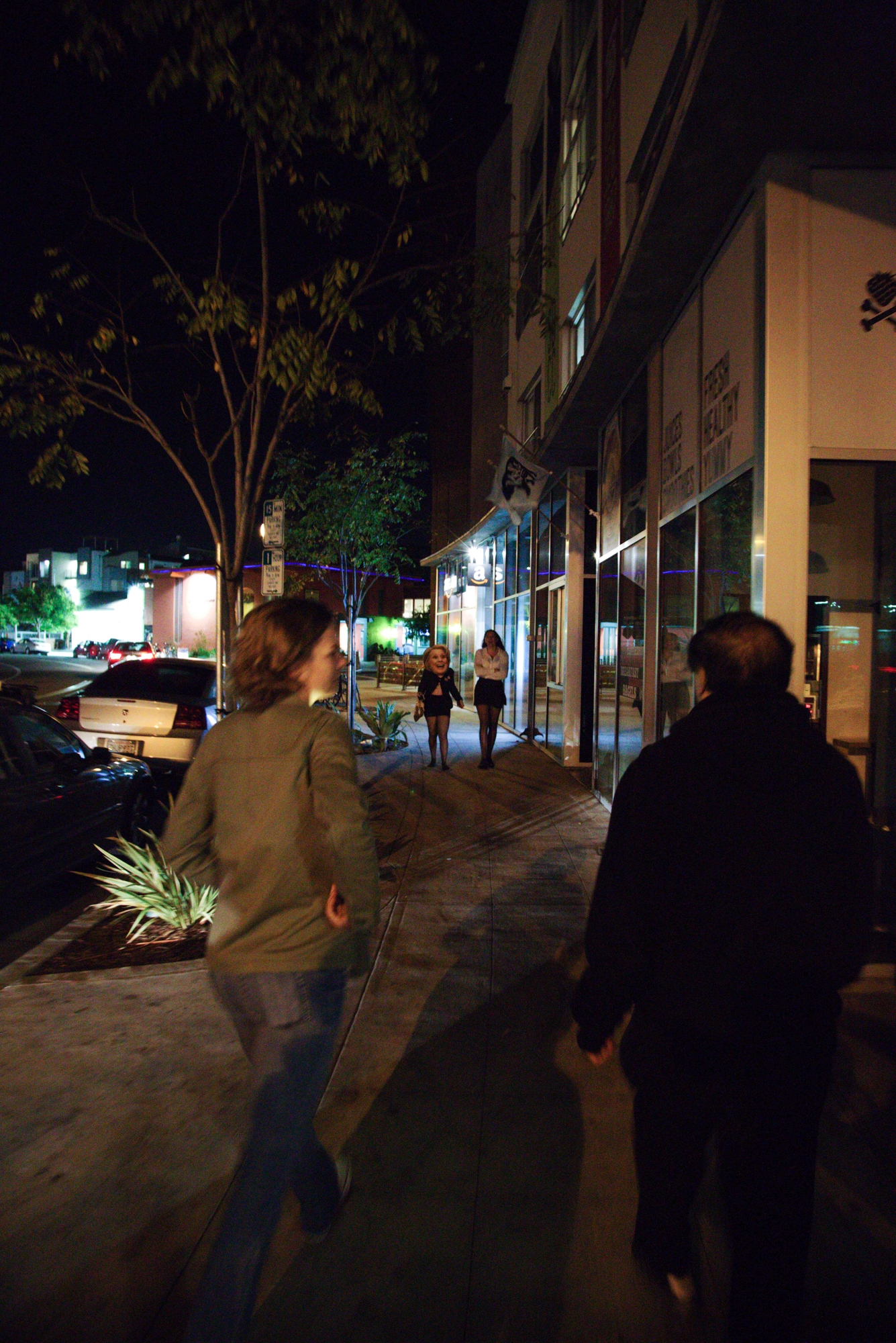 Of the few students who took to the streets Monday night some used costumes as an opportunity to make political statements.