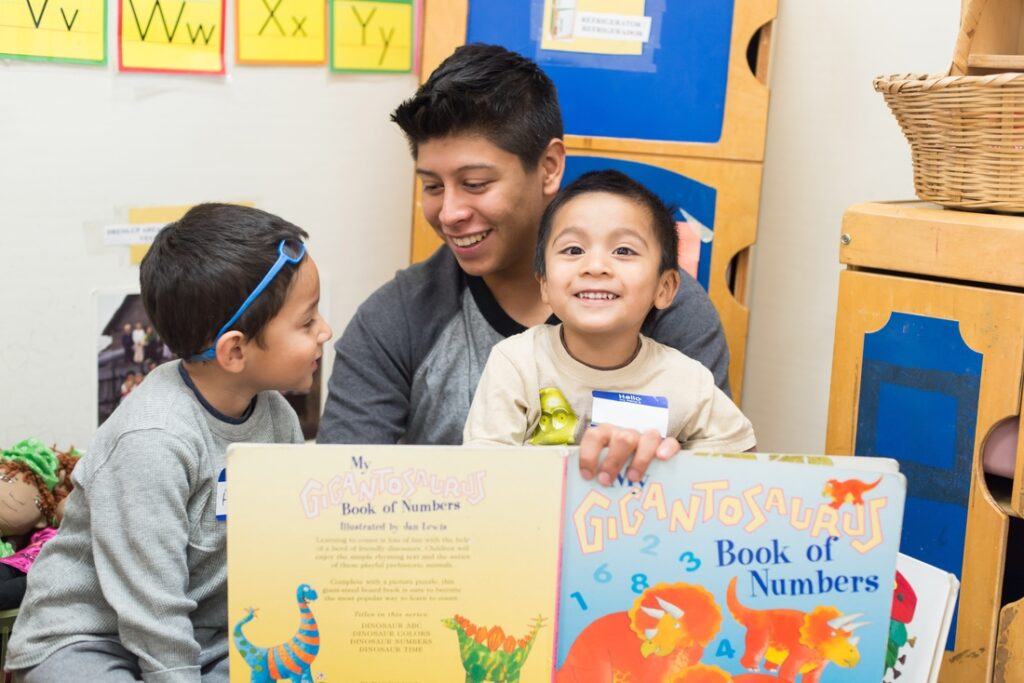 Serving Isla Vista since 1971, Isla Vista Youth Projects is looking to grow its presence in I.V. by purchasing the Children’s Center near Camino Real Marketplace. They must raise $300,000 by the Dec. 31 deadline. Courtesy of IVYP

The Isla Vista Youth Projects hopes to cement its role in I.V. this year by raising funds to purchase the Children’s Center building next to the Camino Real Marketplace.

I.V. Youth Projects has been serving since 1971 through four programs: the Children’s Center, the After School Program, the Family Resource Center and Thrive I.V.

I.V. Youth Projects aims to develop their niche even further by purchasing the Children’s Center building they currently occupy at 6842 Phelps Road. To do this, they must raise $300,000 by Dec. 31 in order to qualify for an additional $300,000 block grant from Santa Barbara County.

The Children’s Center started out as a “very small program with just 20 students,” according to Juan Pimentel, the After School Program director, but has grown to “over 100” with waiting lists for all of the programs.

From an overall campaign goal of $1.9 million, $1.2 million will be directed toward the Children’s Center, according to LuAnn Miller, executive director of I.V. Youth Projects.

“One of the challenges of living in Santa Barbara is the cost of living, and childcare is pretty expensive … so having a children’s center here in I.V. … at either a very low cost or on scholarship most of the time is a really great opportunity,” said Pimentel.

Just like many of the students at UCSB who worry about rent increases, the I.V. Youth Projects shares those same worries about renting the space for the Children’s Center. Both Pimentel and Miller said owning the building would prevent increases in program costs and save money in the long term.

“There isn’t too much money to sponsor, say, another parenting class or another need that we might see,” said Lara. By not having to allocate money for rent every month, Lara said she hopes “any funding that does come in we can use for actual programming to make our facilities better.”

I.V. Youth Projects will host several fundraisers over the next month, including gatherings at Woodstocks, Panda Express and Santa Barbara Chicken Ranch. The group has also teamed up with Deckers Brand for a holiday shopping event.

“We do have some funding from the city of Goleta and from the County of Santa Barbara,” Miller said, but the organization doesn’t have access to “a lot of the same funding revenue stream that a lot of the other nonprofits might have that are located within a city.”

I.V. Youth Projects welcomes donations from any and all I.V. residents.

“At this point, any donation big or small helps,” Miller said. “It’s very important to us that every child, no matter where they live … deserves to have an equal access to a superior education and a good walk on life.”

A version of this story appeared on p.5 of the Thursday, November 3, 2016 print edition of the Daily Nexus.