The Daily Nexus
Student Gov
A.S. Legal Code Revised to Include Non-Binary Pronouns
November 3, 2016 at 5:00 am by Allison Garfield

The new bill is the second piece of legislation to promote inclusivity at UCSB, the other being the use of students’ preferred names on ACCESS cards 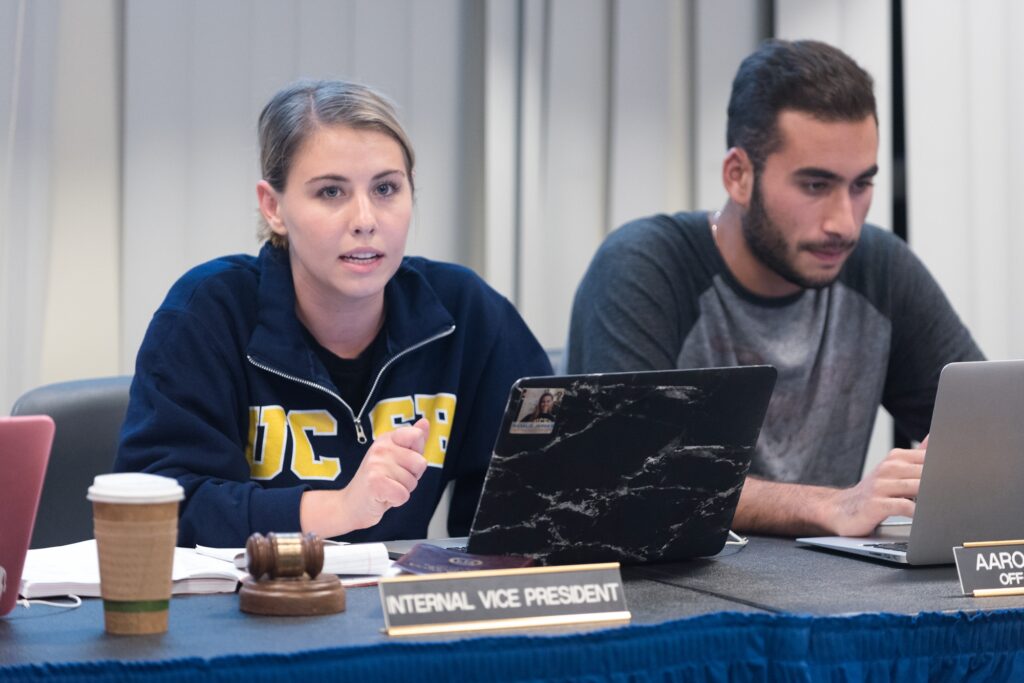 The bill was originally proposed by A.S. Senator Elias Jordan, and it faced no opposition when it went before the Senate. Jordan hopes that the bill will highlight the importance of diversity at UCSB. Courtesy photo

Associated Students Senate passed a bill Oct. 26 to change all gender-binary pronouns to gender-neutral pronouns in the A.S. Legal Code.

The bill proposed that all gender binary pronouns (he/him/his, she/her/hers) and accompanying grammar be altered for gender-neutral pronouns (they/them/theirs).

Senator Elias Jordan got the idea for the bill during a training session when Christine Dolan, associate director of the Resource Center for Sexual and Gender Diversity (RCSGD), spoke about the importance of society becoming more gender inclusive.

“We know that LGBTQ people are everywhere, at every intersection of identities, and we know that all oppression is connected,” Dolan says in her Student Affairs biography. “Our liberation is collective, and until we can join in solidarity to challenge racist, sexist, homophobic, transphobic and other systems of oppression, we cannot be free.”

The bill gained student interest after the Senate’s retreat, prompting Jordan to get it passed quickly. He worked at his high school’s resource and counseling center to become more informed on topics of gender diversity and sexuality.

“I thought this could be a big step forward on a larger scale, considering how prestigious UCSB is,” Jordan said.

The legislation, which was the first piece proposed by the Senate member, was slowed down because of minor writing issues. It experienced no opposition in Senate.

Changing an official document to accommodate every person, Jordan said, validates people on campus who don’t feel as if they have a voice.

UCSB took another step toward inclusivity this summer when the Office of Registrar worked with the RCSGD to update the school’s system so that ACCESS cards, class rosters and faculty interactions with students would change according to the student’s preferred name.

Pronouns haven’t been altered in the system, but students who identify with a different first name can use it without having to change any legal documents.

Jordan said he hopes the legislation can prompt both individuals, as well as other institutions, to think about the acceptance of others and the role we as individuals play in that.

“Depending on how far it could spread, I think we can help people think about the diversity that we have as something to celebrate and not sweep under the rug,” he said.

A version of this story appeared on p.3 of the Thursday, November 3, 2016 print edition of the Daily Nexus.

That’s not a picture if Elias Jordan…

Seriously, this is what you waste your time on?