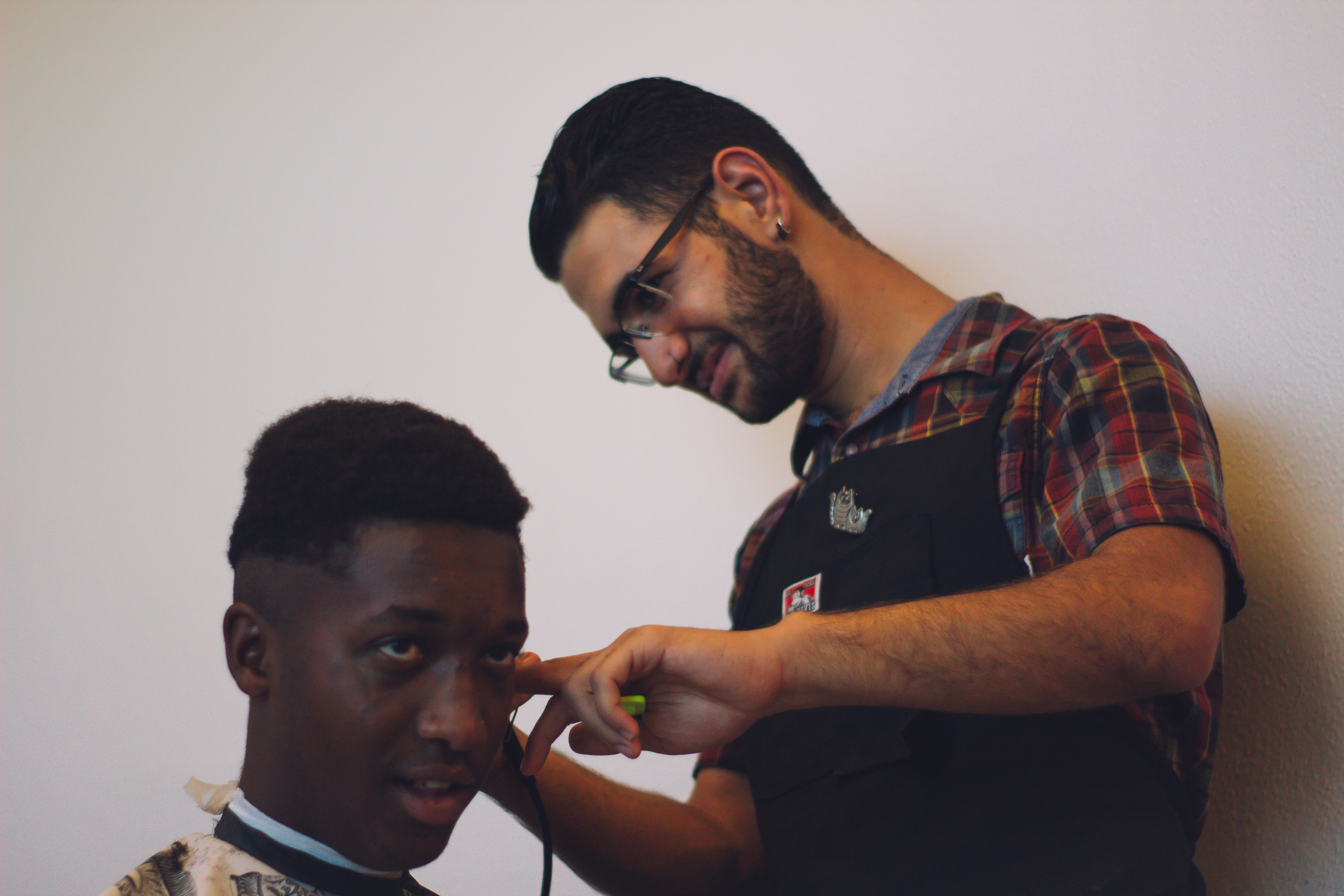 “Thirty minutes in the chair can take you from a six to an eight,” says Gilbert Nazari, who has transformed Anacapa Residence Hall into his personal barbershop.

Nazari, first-year political science major, sees up to four clients a day almost every day of the week.

His career began with curiosity in old-time barbershop history and tradition, and clients are treated to an authentic barbershop experience, or, at least, as authentic as one can expect in the dorms.

“I got interested, and I met a barber who actually trained me,” he said. “I went to the shop every day from like nine to six over the summer and I just watched them cut hair.”

“The bond between a man and his barber is very intimate.” — Gilbert Nazari

Nazari apprenticed for two years, and hopes to give each of his clients a professional barbering experience. Courtesy Nathan Mai

Nazari completed a two-year apprenticeship to learn the art of barbering, specializing in straight razors, clipper work and shaves.

He brought supplies from home and cuts short hair regardless of gender. Nazari was known as the “Roofless Barber” in high school because he used to cut hair outside, and the name now appears on his business cards.

“My principal caught me once and was like, ‘You can’t be doing this,’ and I still kept doing it,” he said. “And the janitors knew me, they would leave a broom out for me.”

At UCSB, Nazari first started cutting hair after an icebreaker.

In his time at UCSB, Nazari has worked with approximately 40 clients. At a price tag of $13, his haircuts are cheaper than most nearby hair salons. 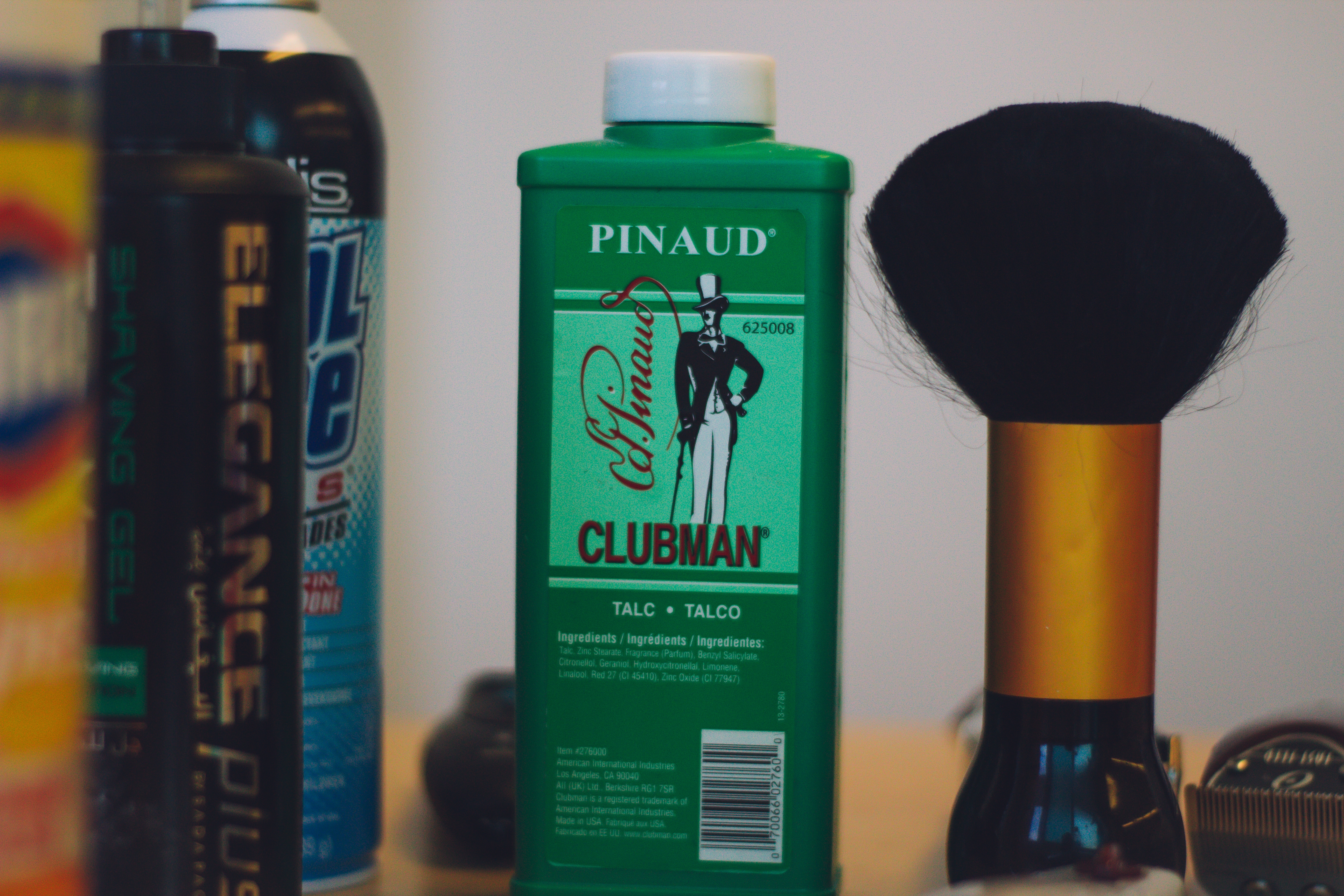 Nazari brought all his barbering tools from home, and is allowed to operate in the dorms as long as he cleans up after each appointment. Courtesy Nathan Mai

He has already established several regulars; one customer has returned three times in the two months that he’s been here.

“$13 and he’ll spend over 30 minutes cutting your hair,” said Vijay Parameswaran, first-year economics major who was particularly shaggy prior to his haircut. “Great customer service and he’s really easy to talk to. Gilbert changed my look so much, people question my ethnicity now.”

Students looking to get their hair cut by Nazari can find him in the halls of Anacapa. His only work condition is to make sure that he cleans up after himself after each appointment. 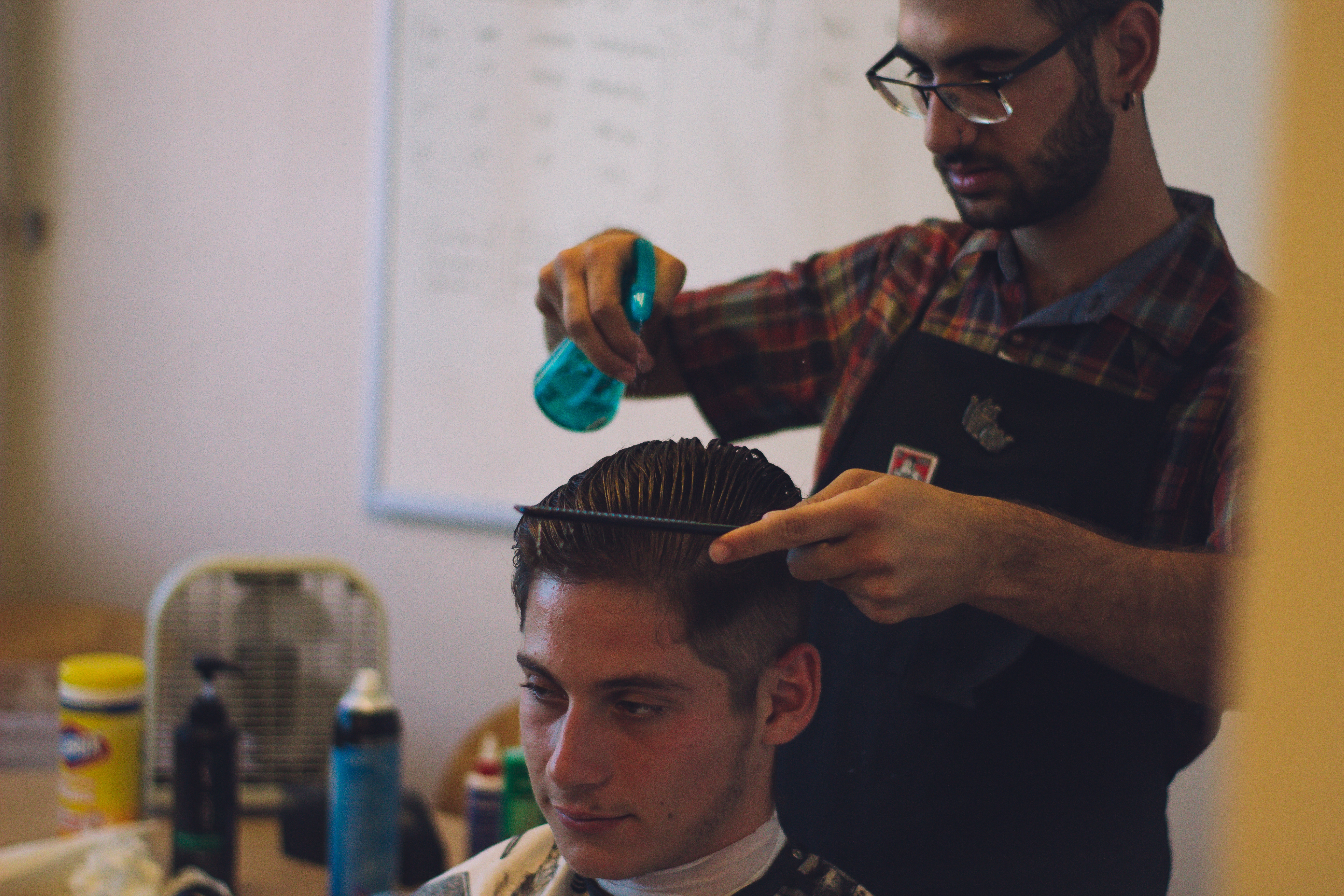 Nazari has cut hair for more than 40 clients since he began his Freshman year in September. Courtesy Nathan Mai

Three computer science majors are also in the process of developing a mobile application that will connect students with local student barbers.

First-year students Victor Cheng, Danny Cho and Ankush Rayabhari consulted with Nazari to find out what a barber would hope to share with his customers.

“I want people to know that they should respect their barber, respect the trade,” Nazari said, adding that it’s “almost disrespectful” to haggle prices, and tips are encouraged.

“The bond between a man and his barber is very intimate,” he said. “I have guys come and sit down and tell me their personal stories. It’s nice to feel like my work and my time is being appreciated.”