The UCSB women’s soccer team was forced to say goodbye to the 2016 season after a heartbreaking elimination from contending for a seed in the Big West Conference Tournament this weekend.

It was a stunning turnaround for a Gaucho team that started the season with a brilliant 8-0 run. However, a lack of inconsistent play in the latter half of the season led to the Gauchos’ demise as they closed out their 2016 campaign on a four-match losing streak. 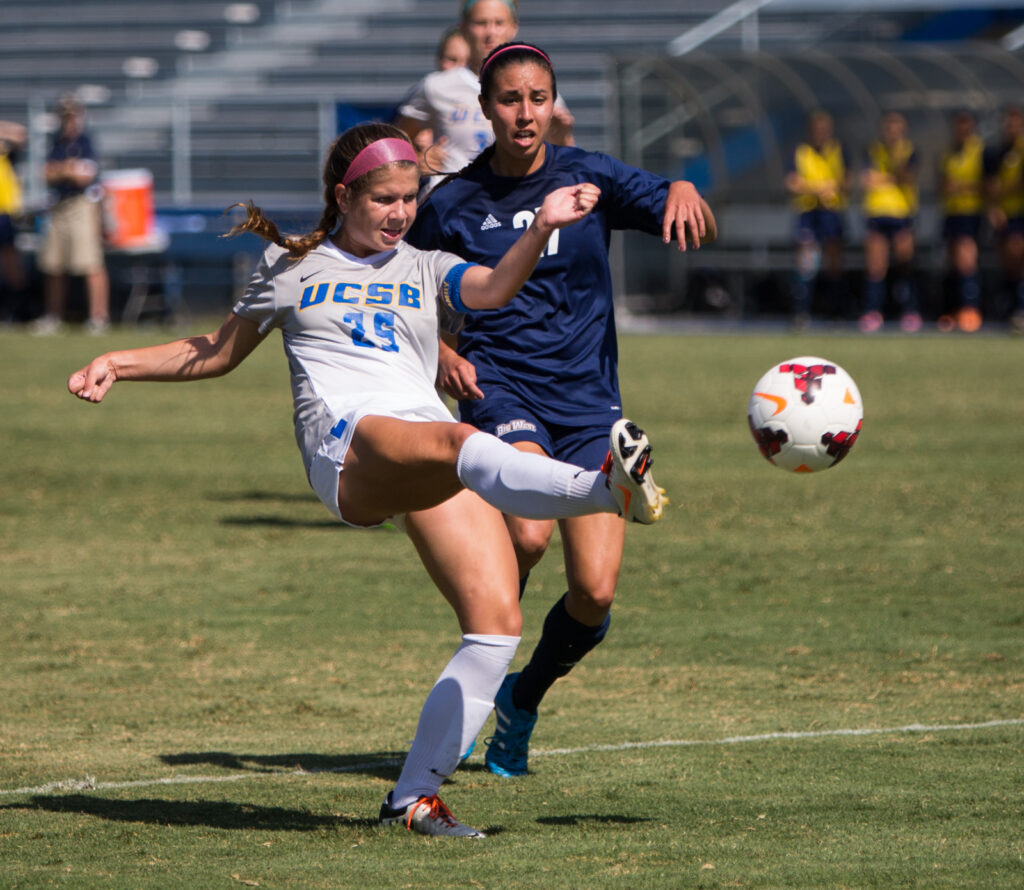 Since that 8-0 start, the Gauchos had gone 3-6-2, but were still in the hunt for a playoff appearance. Their playoff tournament fate hinged on this weekend’s series against the UC Davis Aggies and Long Beach State 49ers.

The Gauchos were unable to finish with a single win over the weekend, losing 2-1 to Davis on Thursday which eliminated Santa Barbara from the playoffs, then suffering a 1-0 loss to Long Beach on Sunday to close out their season.

But typical of their outstanding 2016 season, the Gauchos refused to go quietly. Against the Aggies on Thursday, without their injured top scorer junior forward Amanda Ball, the Gauchos still managed to have a spectacular first half.

They entered into the break leading 1-0 with tough defense and an opportunistic offense. The Gaucho defense held the Aggies to one shot in the first half, while getting off five shots of their own.

Just 15 minutes into the game, UCSB’s senior midfielder Dakota Griggs found the back of the net to give Santa Barbara the 1-0 lead.

It was Senior Night on Thursday for the Gauchos, and senior midfielder Dakota Griggs scored what would prove to be her final goal in a fine career at Santa Barbara. Also, senior goalkeeper Jacq Caginia was in goal for the full 90 minutes.

She had two saves in the game to close out her Gaucho career. Other seniors honored were Ana Cruz, Ashley Dean, Hannah Dearborn, Savannah Francis, Sydney Fuertes, Kailey Hackett and Cristina Polini.

But in the second half, Davis took charge when it scored the equalizer in the 60th minute on a goal by freshman forward Olivia Jones. Davis went on to score the game winner in the 87th minute, taking advantage of UCSB’s vulnerabilities on defense as the Gauchos played a riskier game in search of scoring opportunities on offense. This resulted in Aggies’ freshman forward Nicole Carson finding the net for the 2-1 lead.

On Sunday, UCSB — who was already eliminated from playoff contention — lost to a tough playoff-bound 49ers team, 1-0, when 49er freshman forward Ashley Gonzales scored on a penalty kick in the 67th minute. Gaucho sophomore keeper Brittney Rogers had a stellar game with six saves, but couldn’t find a way to stop the penalty kick.

The Gaucho defense played another solid game, but unfortunately it wasn’t enough to close out the season with a win. Although it was shutout, UCSB had five shots, all of them on goal.

Senior midfielder Dakota Griggs led the way with two shots on goal, while sophomore midfielder Maddie Gibson, senior defender Savannah Francis and junior midfielder Chace Schornstein all had one each.

Santa Barbara finished the season with an 11-6-2 overall record and a 2-5-1 record in conference play, landing it in sixth place of the Big West standings.

Long Beach finished at 8-6-4 overall, 4-1-3 in the Big West and is headed to the tournament as the number four seed.

With the season now over for the Gauchos, Head Coach Paul Stumpf will look to rebuild for next year. The Gauchos have a young squad loaded with talent, and the 2017 season should be exciting and full of promise.