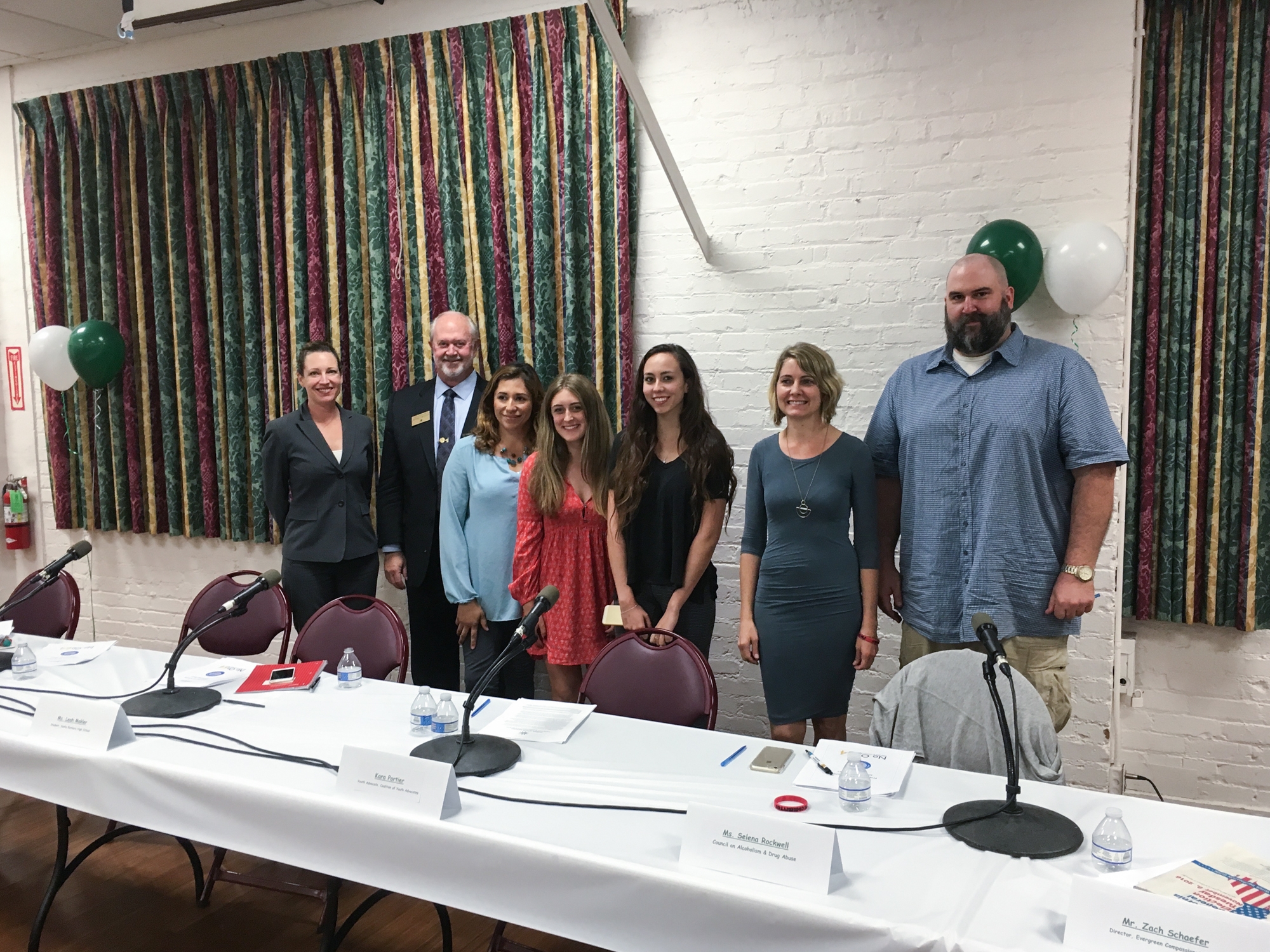 Welcoming guests with the mellow tones of Bob Marley, The Santa Barbara Youth Council hosted a discussion Monday on Proposition 64, which would legalize the use of recreational marijuana in California.

Prop 64 will allow citizens over the age of 21 to cultivate, possess and use marijuana recreationally. The statewide law allows cities to establish further restrictions on the usage of recreational marijuana. Californians will vote on the proposition Nov. 8.

Advertised as a “Youth Speak Out” event, the room was filled with more adults than teens. Of 25 audience members, 60 percent were adults. The panelists, comprised of students, city officials and third party members, spoke before an audience of roughly 25 people in the Louise Lowry Davis Center.

The opponents of Prop. 64 suggested that an influx of dispensaries and storefronts could increase children’s access to marijuana.

Cynthia Diaz, the mother of an adolescent medical marijuana user, said she didn’t support the use of marijuana as a recreational drug. “And teens especially don’t need another option,” Diaz said.

“It was very hard to decide whether or not to give my daughter CBD oil treatments for her cerebral palsy,” she said. “After trying 16 different pharmaceuticals, the $700 treatment was our last resort.”

The group was also concerned about the commercialization of the cannabis industry, which has the potential to increase traffic and congestion in neighborhoods with dispensaries.

“There has been an enormous increase in storefronts, think as many as all McDonald’s and Starbucks chain locations combined,” said Selena Rockwell, the youth services specialist director at Council on Alcoholism and Drug Abuse.

She pressed the issue of “big money,” saying the industry runs on a motto of “The younger you can hook someone, the more money you’ll make.”

Rockwell referenced the process of legalization in Colorado, saying, “Studies have shown an increase in use by teens. Dropout rates have increased and potential consumption of edibles by children is more likely.”

In response, Michael Bennett, council member for the city of Goleta, said Colorado cities “lacked legislation on edibles,” and it is the responsibility of cities to draft laws that ban edibles that may be enticing to children.

One of the main aspects of the discussion was the lack of time the City of Santa Barbara had to figure out the effects of the proposition and how to properly address them.

“It is irresponsible to allow cannabis sales in California without a specific set of guidelines,” said Zach Schafer of Evergreen Compassionate Care Delivery Dispensary.

The city of Santa Barbara preemptively adopted a moratorium against Prop 64 on Sept. 13, designed to prohibit the local licensing of recreational marijuana businesses for two years.

“This will give us more time for trial and error around the subject. Even so, this is not enough time to properly establish regulations,” said Teva Ostringer, assistant city attorney for Santa Barbara. “In regards to how long it’s going to take to know we screwed up, it’s going to take us a long time to get it right,” she said in response to a question from the audience.

After a hearty debate, a surprising majority of the audience raised their hand in agreement when asked whether they thought Prop. 64 would pass.

The definitive consequences and benefits of the measure will only be known after Election Day, but “otherwise, we’re just shooting in the dark,” Schafer said.