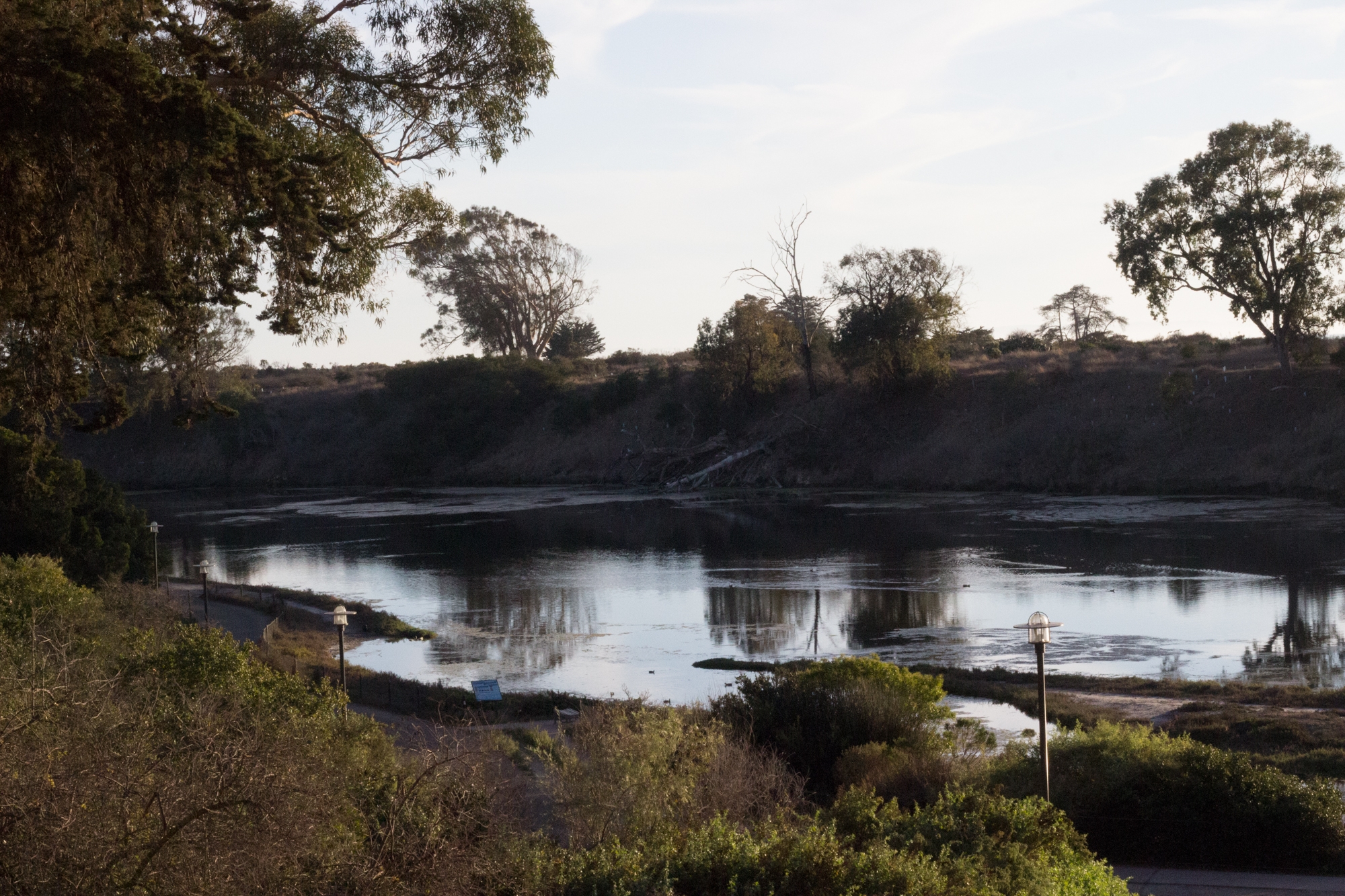 While certainly a beloved campus landmark, the lagoon, according to environmental safety experts, is a stagnant collection of feces and parasites; swimming is not an advised activity. Jose Ochoa / Daily Nexus

A UC Santa Barbara landmark, Campus Lagoon, is the perfect place for students to observe wildlife, watch the sunset or just take a walk to unwind. One UCSB student hopes to add “swimming” to that list of activities if he and another student are able to raise $1750.

Annie Pogosyan, a global studies and political science double major, has started a GoFundMe for the project titled “Ron’s Dip in the Nasty Lagoon.”

According to the page, if the money is raised, everyone who donated will be sent an email detailing the time and date of Ron’s swim from one end of the lagoon to the other. As of Wednesday, the donation page has raised $10 from one donor.

Pogosyan organized this event to raise tuition money. Experts on the lagoon agree, however, that Ron may need to rethink the crowdsourced adventure. Not only does the lagoon appear intimidating, it also harbors serious health concerns.

While UCSB’s 31-acre lagoon is home to many native plants and animals, it is also home to considerable levels of algae, bacteria, animal feces and pesticides.

“We can’t guarantee that the water will be safe,” John Sterritt, the director of Environmental Health and Safety, said.

Sterritt said the mixture of animal feces and algae remaining in the lagoon is the result of it being “slow-moving, stagnant water.”

“To the person doing it: There is some risk. You’ve got raccoon feces. There’s some pretty nasty organisms that live in animal feces that if you ingest they can really create some significant medical conditions,” he said. “You raise $1,000, but you get some viral parasite that lines the inside of your organs.”

Andy Lanes, from the Cheadle Center of Biodiversity and Ecological Restoration, said there were “higher, but not dangerously high” levels of bacteria.

“You’re not going to die, but you probably don’t want to go swimming in it,” he said.

One thing Ron does not have to worry about, however, is the threat of harmful insecticides. Kenneth Learned, a biologist and operations manager at the Mosquito and Vector Management District of Santa Barbara County, said the material called BTI used in the lagoon is a “bacterial parasite of mosquito larvae, and it’s very highly specific to mosquito larvae,” meaning it does not harm humans or other wildlife.

Ron will also have to overcome certain bureaucratic measures if he is to execute his plan. Swimming across the lagoon is prohibited, and any attempt to do so will result in disciplinary action by the University of California Police Department (UCPD).

This is not the first time someone has tried to swim across the lagoon, according to Sterritt, who said this “comes up every couple of years.” None of the previous attempts have been successful.

The general consensus seems to be that while Ron’s plan to swim across the lagoon is only marginally unsafe, it is, in the words of Sterritt, “just gross.”