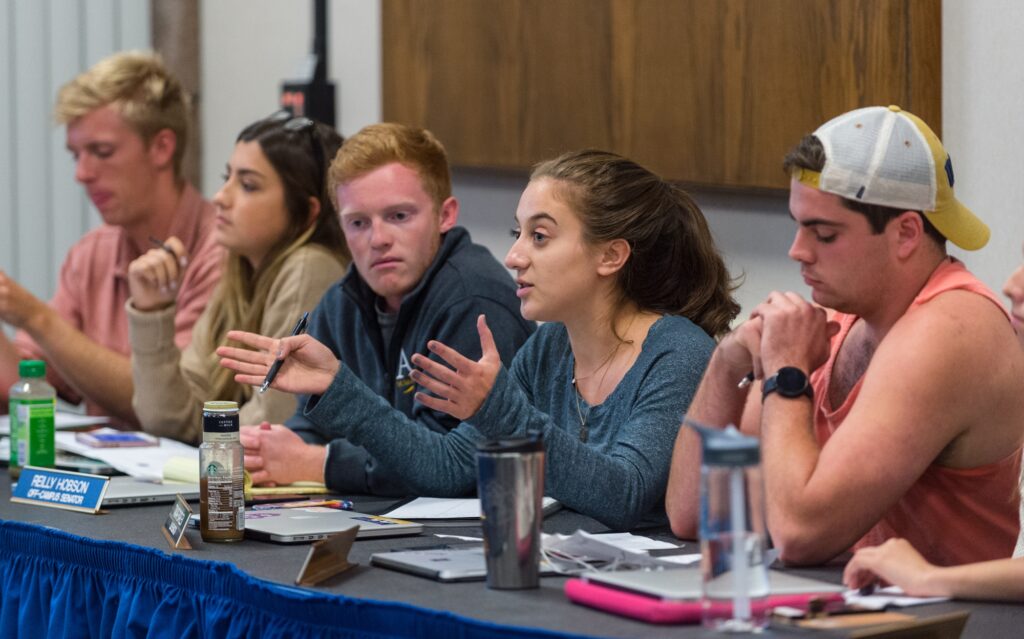 Due to a clerical error in processing student fees, UC Santa Barbara administration failed to collect 96 cents from each student for Fall Quarter, resulting in a $16,000 deficit from the Associated Students budget.

The Associated Students budget, which was approved by former A.S. President Jimmy Villareal, currently amounts to $11,564,727.

The loss of $16,000 will not affect any student lock-in fees, and the Senate is currently tasked with either absorbing the cost in a different portion of the budget or charging students in the middle of a billing cycle.

Within the A.S. budget, approximately $7 million is divided between student lock-in fees and A.S. Undesignated. The remaining $4 million is distributed between University designations such as Arts & Lectures, CLAS and Student Health.

The A.S. Undesignated budget draws $2,464,644 from student fees and finances all A.S. institutions that do not receive lock-in fees such as administration costs, honoraria and the public safety commission.

If the Senate votes not to act and does not charge the student body for the missing fees, the costs may be absorbed by administrative fees in A.S. Undesignated or A.S. fees sourced from over enrollment.

Reilly Hobson, chair of finance and business committee, said the error is rare and a similar error has not occurred recently.

If the Senate chooses to take action and charge students for the missing portion of fees, Hobson suggested that A.S. may have to pay for the administrative process.

Marisela Marquez, executive director for A.S., said, however, that this would not be the case.

“It’s not a fee for service,” Marquez said. “It would be enabling a whole mechanism.”

The Office of Business and Planning, which controls a conglomerate of financial planning resources, will charge students with the correct fee in Winter Quarter.

The charge will appear as a $1.37, and the University Registrar will notify students of the difference between their Fall and Spring Quarter fees next week, according to Margaret Klawunn, vice chancellor of student affairs.

Approximately one-third of all student fees are directed toward financial aid, and the additional charge on 96 cents will be a return to aid.

The error occurred along the path of processing after the Associated Students budget was submitted at the end of Spring Quarter and was not a software error.

“I think the best way to say it, is that there was just an error in calculating the fee,” Klawunn said.