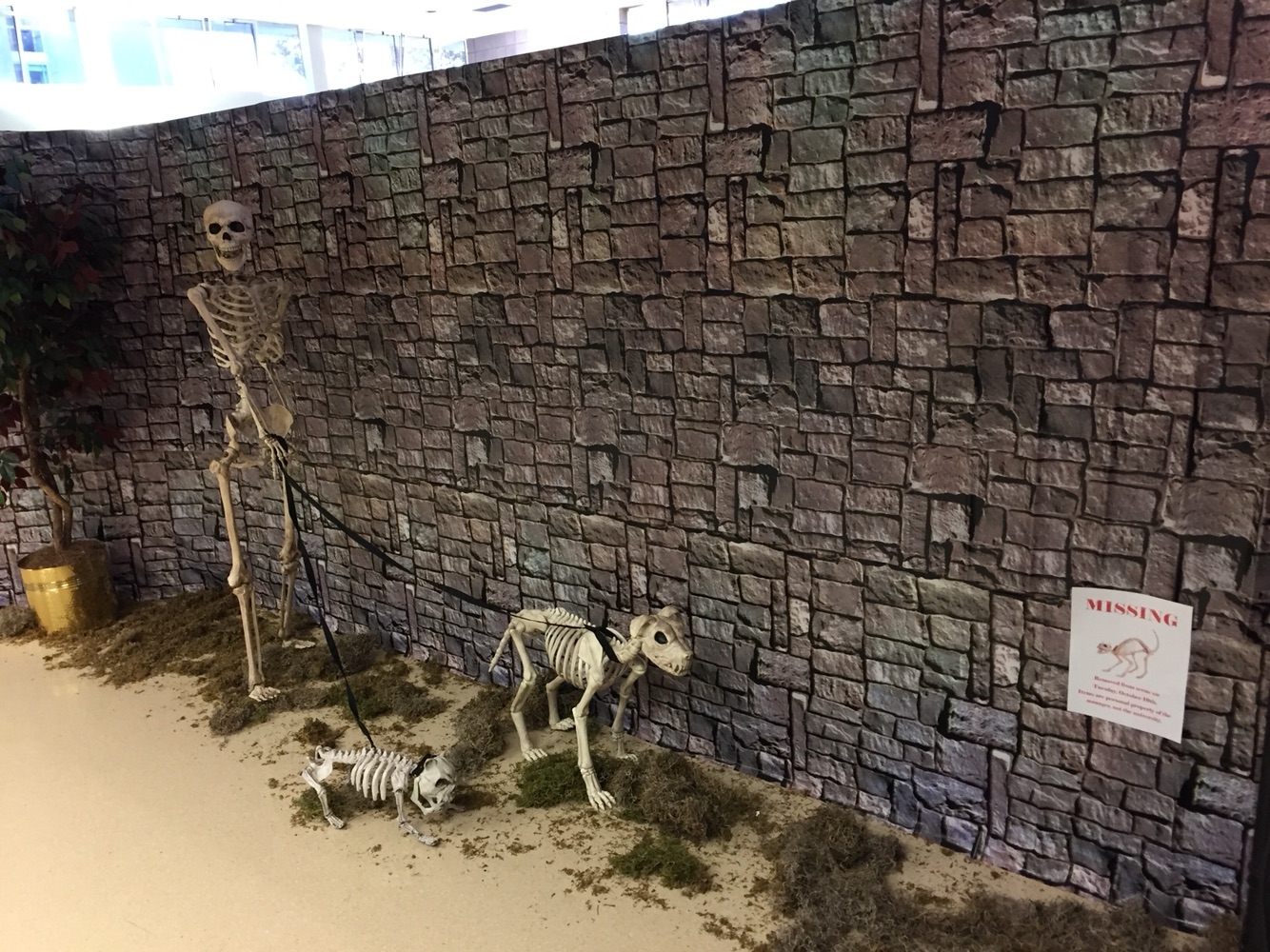 A skeleton cat was stolen from Ortega Dining Commons on Oct. 19.

Jeff Hillery, general manager at Ortega, is the owner of the stolen cat. Hillery decked out the dining hall with his personal decorations this year, just as he used to do when he managed Portola Dining Commons. 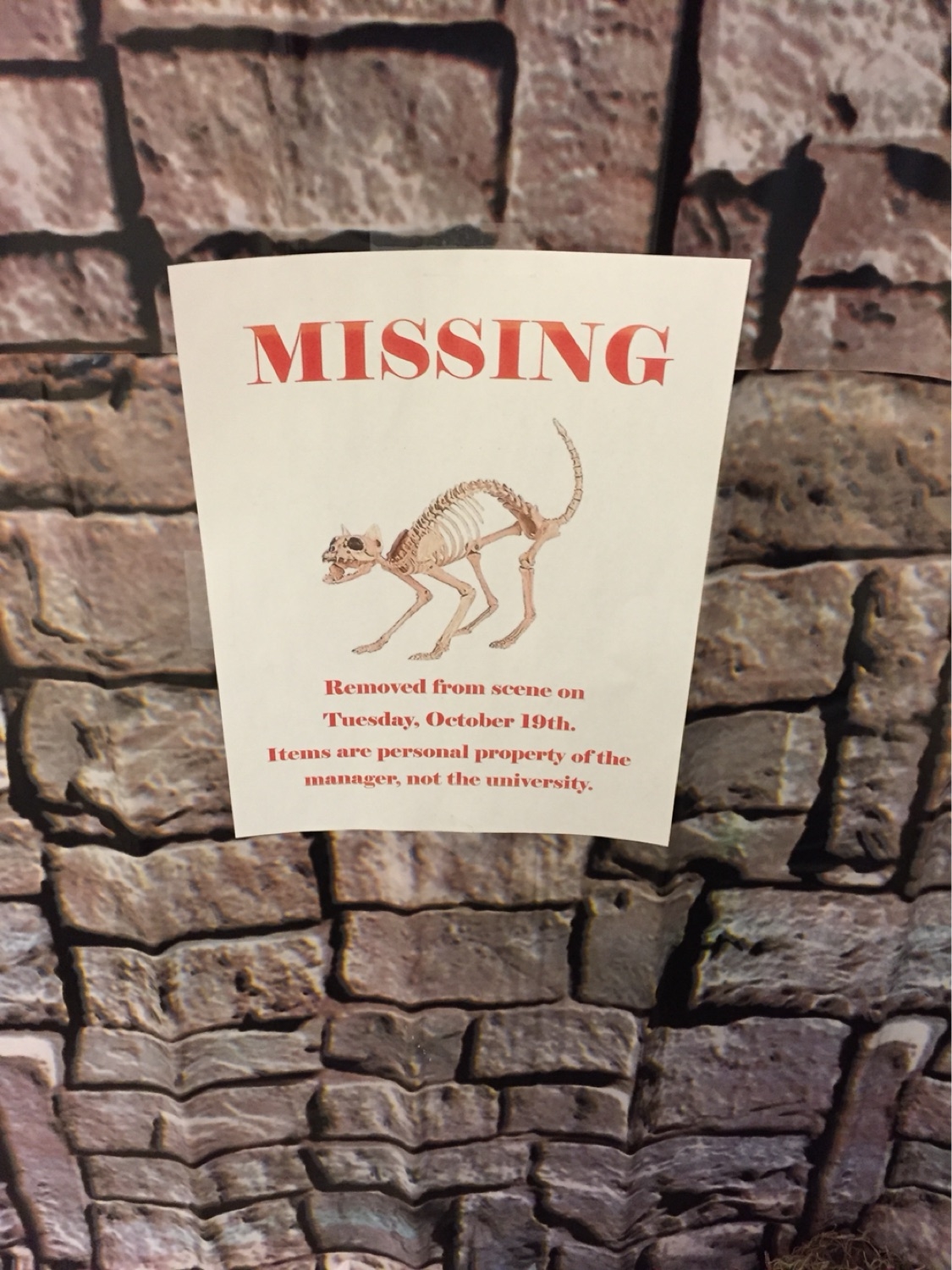 Ortega is the only dining hall with Halloween decorations, according to Marlena Miller, assistant office manager at Portola.

Other Ortega decorations include a skeleton pirate scene, a plethora of pumpkins and fall leaves. Each item is from Hillery’s personal collection.

“Another cat is on order,” he said. “Things happen.”

Ortega staff members have placed “missing” signs at the front desk, as well as the cat’s prior position in the Halloween scene.

A human skeleton was formerly walking his skeleton dogs when he came across a cat skeleton, which no longer exists.

The display had previously shown a human skeleton encountering the cat skeleton while walking his skeleton dogs. The cat has spookily disappeared right before Halloween on Oct.31.

Students would line up to take pictures with the props after they finished bussing their dishes. The staff at Ortega is hopeful that whoever took the cat will return it to its scene.