UCSB’s CALPIRG chapter is working to convince students to vote yes on Prop 67, which will effectively ban plastic bags in the state of California.

As California moves to become the first state to ban plastic bags in the United States, students at UC Santa Barbara have ramped up efforts to push a “yes” vote on Prop 67.

Over 100 counties throughout California have passed ordinances to ban single-use plastic bags, including San Francisco and Los Angeles, but Prop 67 would ratify Senate Bill 270 to ban plastic bags throughout the state in 2017. 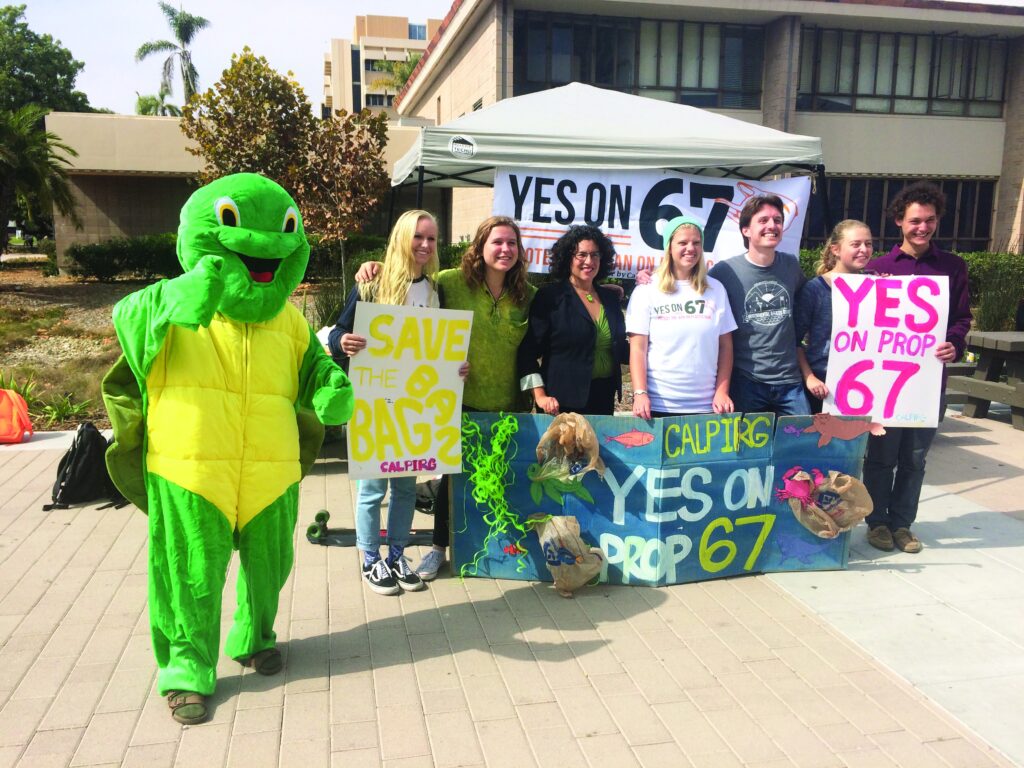 Students in conjunction with the California Public Interest Research Group (CALPIRG) have brought the fight to UCSB’s campus for the past eight years, increasing their voter registration efforts at the Arbor to ensure the Senate Bill is ratified.

Santa Barbara Mayor Helene Schneider came to campus last week to support the students, describing CALPIRG as “instrumental in helping our city put a ban on plastic bags.” It always made sense to push for a statewide ban, she said, adding the rhyme, “Don’t send sea turtles to heaven; vote yes on prop 67.”

Armed with a 30-foot inflatable sea turtle, Liam Horstick and CALPIRG members from several University of California groups traveled to Sacramento in March. Horstick, vice chair of the UCSB organization, said in a press release that “we shouldn’t let something we use for a few minutes pollute our environment for decades.”

Petra Favorite, a campaign coordinator for CALPIRG, said she has seen an increase in student knowledge about the plastic bag ban over the past year. The organization set a goal of 400 pledges on Oct. 12, with approximately 100 pledges each hour. They quickly surpassed their goal with 190 pledges in the first hour and hope to reach a thousand pledges at their next drive.

Isla Vista and Goleta do not currently have a ban on plastic bags. Cooper DiNapoli, who hosts Adopt-a-Block, said he has seen an abundance of plastic bags lying near trashcans in I.V., although the problem is not as dominant on UCSB’s campus.

Other California cities have reported expensive plastic bag related repairs, with The City of San Jose estimating an annual loss of $1 million each year. 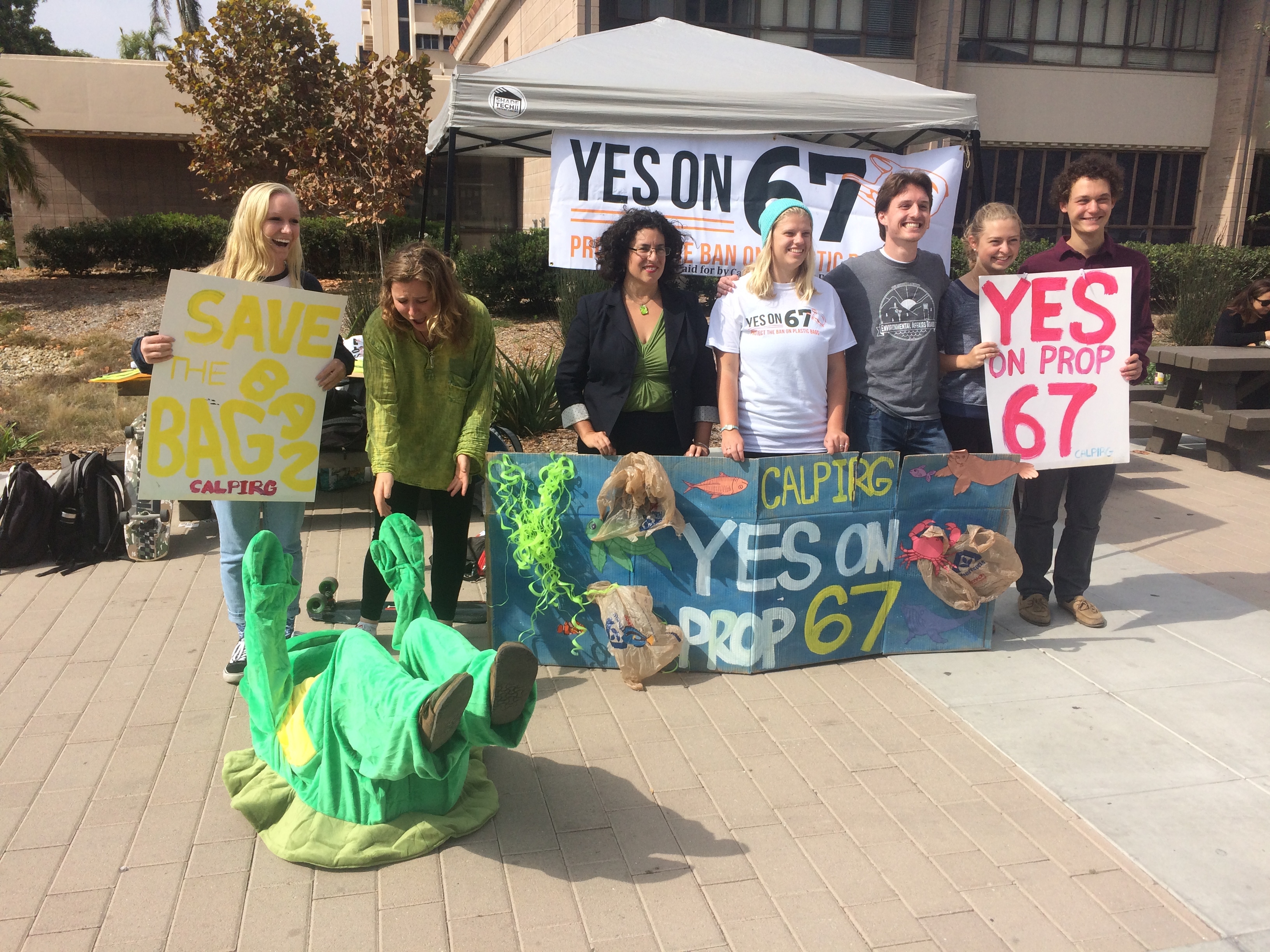 Yes on Prop 67 is also supported by the Zero Waste Committee and Environmental Affairs Board Co-Chairs Rena Lahn and Jeremy Levine as well as several coastal groups and aquariums, the League of Women Voters of California and CLIF Bar.

? “Over 100 counties”? Did you mean to write “cities”? There aren’t even 100 counties in California. This bill is stupid – vote No! I like plastic bags.