Sushiya Express has struggled with quality and flavor in the past, but UCSB alumnae Kate and Leanne Lee hope to bring new life to Isla Vista’s only sushi joint. 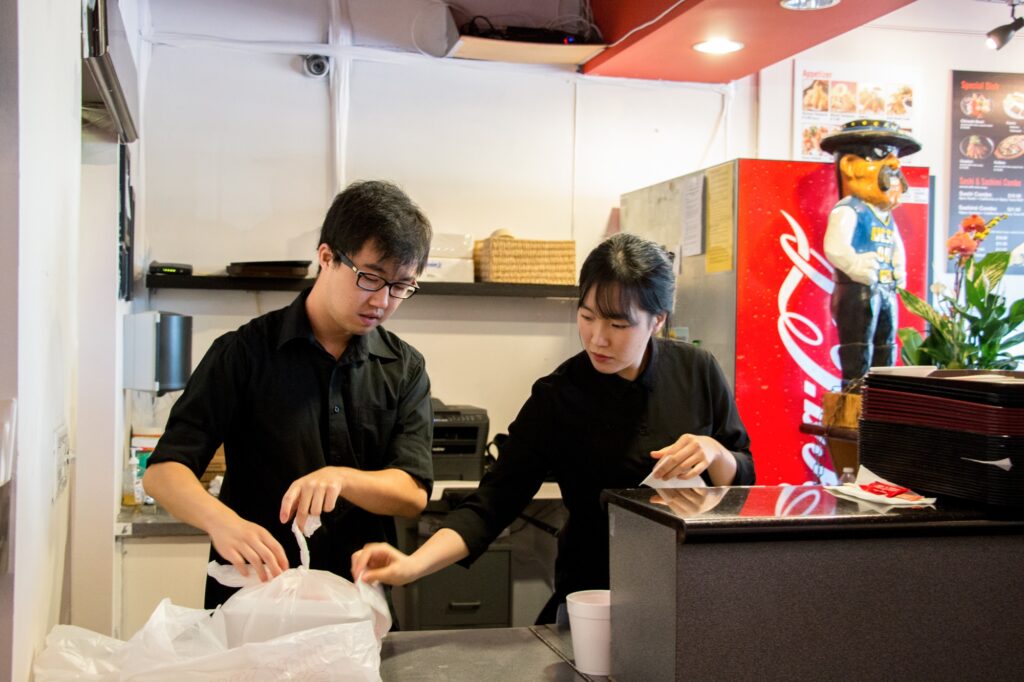 The Lee family has taken over the Isla Vista sushi hub with hopes of changing the public opinion of the small Japanese cuisine restaurant from negative to positive. The two daughters, Kate and Leanne, are UCSB alumnae. Pei Chiao Lin / Daily Nexus

Sushiya Express, located at the intersection of Embarcadero del Mar and Seville Road, has reopened after a two-month closure with an entirely new menu and outlook. Now under the ownership of the Lee sisters and their parents James Lee and Cindy Lee, the restaurant aims to provide sushi-loving Gauchos with the high-quality fishy fix they crave.

The changes at Sushiya go beyond new ownership. Aside from classic sushi rolls, the new menu features a wide range of special rolls, poke bowls and a few prominent dishes from the Lee family’s home country of Korea.

For the Lee sisters, however, all of the food they serve is the food of home; they grew up eating Japanese food prepared by their parents, who each have under their belts about a decade of experience with Japanese cuisine. Their father James Lee has been a sushi chef for 10 years, and their mother Cindy Lee has worked at every level of preparing the cuisine.

This time around, Sushiya Express is a family affair. The decision to buy the restaurant was made as a family, described by Leanne Lee as their “first time doing something as a family since moving from Korea 11 years ago.” This choice was a natural one, considering the Lees’ experience with Japanese cuisine and the fact that James Lee has known the previous owner for 10 years. 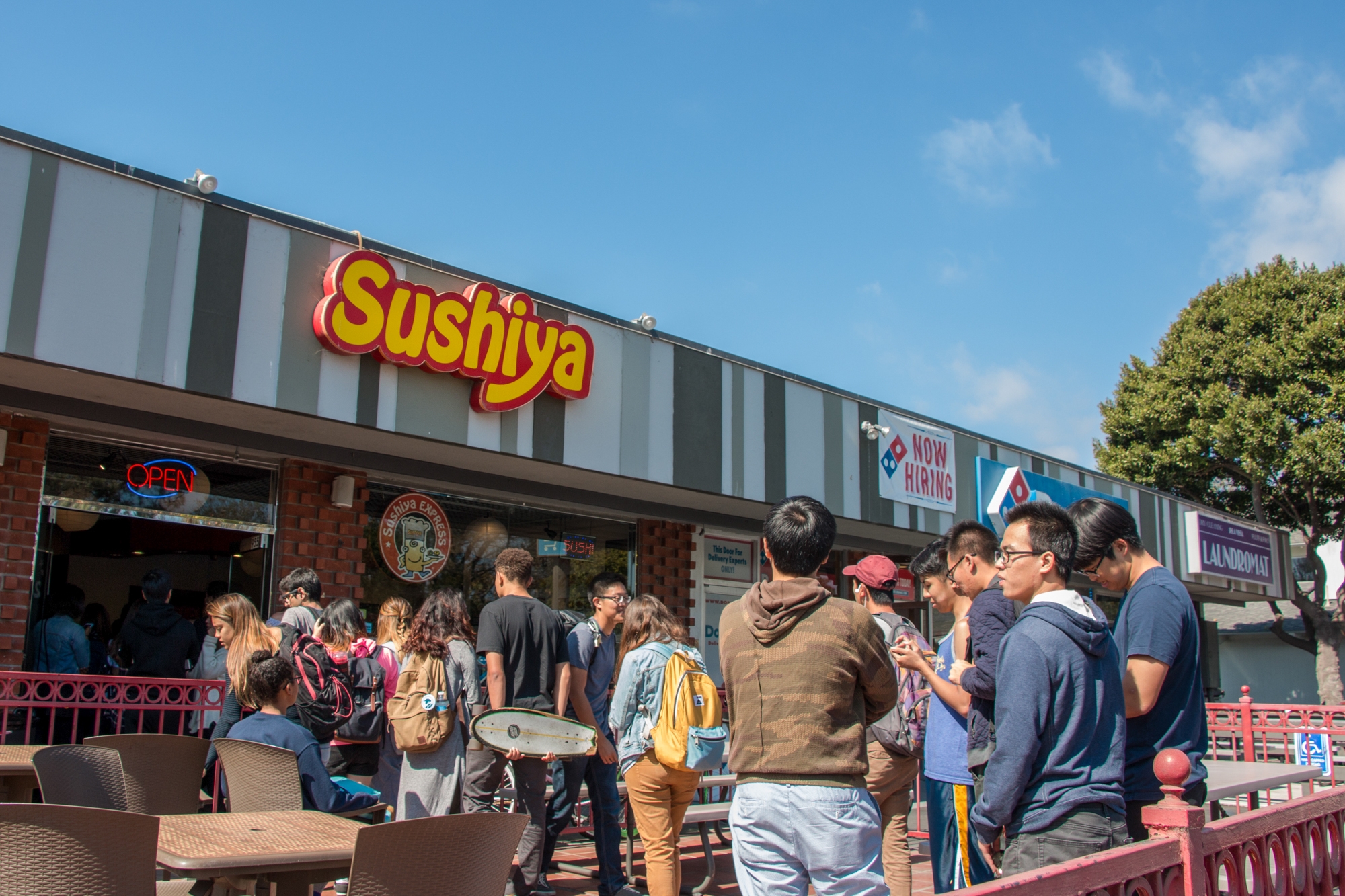 Students had to wait two to three hours in line outside Sushiya on reopening day. Pei Chiao Lin / Daily Nexus

The Lees’ approach to crafting their customers’ experience is also quite family-oriented. According to Kate, her mother “sees all of the students as her children when she’s cooking for them.”

The rest of the family shares this passion for the food they serve and the people they serve it to, and they believe that this passion, combined with their long-held knowledge of the food, will help them bring Sushiya Express and its quality to a much higher level than in the past.

Kate Lee said the quality under the previous owner was not what it could’ve been because “he only checked once a week, and that was it.”

“We’ll be here all the time,” she said. “We will guarantee the quality of the fish because we’re eating it too.”
Leanne Lee, agreeing with her sister, said their fish is “restaurant quality. If you know fish like we do, you know when it’s good,” she said.

Addressing long wait times on Monday and Tuesday, Leanne Lee said some people were frustrated that they had to wait three to four hours.

“We didn’t expect the line to be out the door. It was a first for us,” she said. “We’re sorry about that.”

Kate and Leanne Lee both understand the frustration, and in the words of both, only want to serve the highest-quality food possible. Kate feels adequately prepared to serve any Gaucho and said she feels that “it’s harder to take care of students, but we know the culture.”

In the future, Kate and Leanne said they plan on continuing being as student-friendly as possible. They eventually want to start implementing daily or weekly specials, and they assure students that there are more deals to come. Additionally, they would like to open a location in the UCen if they are offered the space.

The Lee family is committed to giving Gauchos the best possible experience, from the family-run approach to management to the food on the plate. Kate, after explaining what Sushiya Express was all about, said she wants to “show [customers] how much we care about them.”

Perhaps this has already become apparent. On Monday, Alexandra G. wrote the following on Yelp: “Sushiya reopened today, and everything is such better quality! Even though they had a really crazy opening today with a wait time of two hours, they handled it so well!”

A version of this story appeared on p. 3 of the Thursday, Oct. 13, edition of the Daily Nexus.