The Daily Nexus
The Brew Review
Santa Barbara’s Pints for the Park Preview
October 13, 2016 at 12:45 am by Simone Dupuy 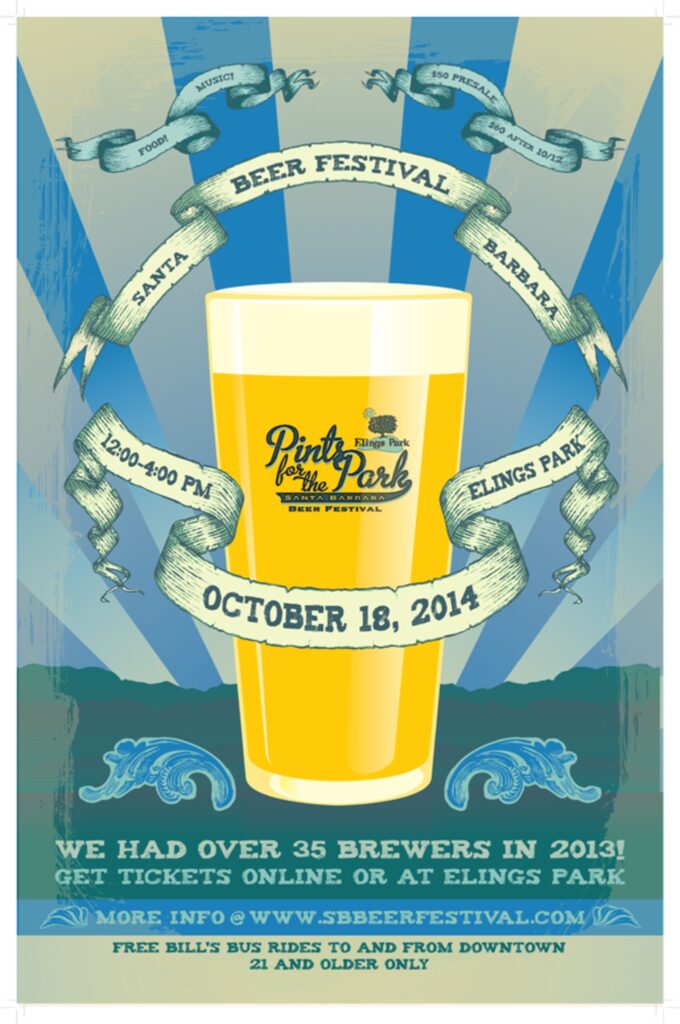 Twenty-five brewers, four musical guests, three cider bars, six snack booths, three wine vendors and countless fellow lovers of fermented drink to be tipsily befriended: All of this lies in store for those of us who have secured a ticket to the Santa Barbara Beer Festival this Saturday, Oct. 15, in Elings Park. Legal locals who happen to have $60 lying around also still have a last-minute chance to join the festivities.

Before we event-goers happily (and hoppily) descend upon the park’s pints, here are a few of the Nexus’s past favorites and hopeful predictions to keep in mind for this year’s intoxicating lineup. Included are top picks for IPAs, pale ales, lagers, stouts and hefeweizens. Disclaimer: Though many of our selections have been hits in the past, what will return to the tap this year is a mystery.
Island Brewing Company’s Avocado Honey Ale
The words “avocado” and “honey” are alongside beer … need we say more?
BarrelHouse’s Pale Ryder
For those who prefer a sip of pale ale, Pale Ryder is the way to go. Described as “surprisingly citrusy and not excessively hopped” by retired On The Menu editor Allison Wright, we expect this refreshing brew will pair well with the perfect forecast of partial sunshine and a high of 76.
Poseidon’s Session IPA
The festival boasts plenty of well-known brewers famed for their IPAs — Firestone’s Union Jack and Sculpin of Ballast Point surely among them — but the toddling, three-year-old Poseidon Brewing Company of Ventura has a surprisingly mature and effervescent brew awaiting attendees.
Firestone Walker’s Pivo
This award-winning pilsner is one for the ale-lovers, despite being a lager. Stay true to the 805 with this hoppy brew.
Island Brewing Company’s Weiss
The only hefeweizen worth mentioning in years past is, I suppose, worth another mention this year. With notes of banana and clove, this tart German-style wheat beer was deemed innovative by Wright, and promisingly left her “wishing for a full-sized pint.”
Topa Topa’s Gadabout
Immediately intrigued by this oatmeal stout, I scoured the internet for its validation. After finding numerous affirmations of its well-balanced creaminess with notes of chocolate and brown sugar — albeit from strangers online — I have my fingers crossed in the hope that this stout makes an appearance this weekend.

As a German-French-Irish gal — obviously predisposed to like beer, wine and drinking too much, respectively — I can’t wait to get my hands on that tasting glass. As an amateur homebrewer and writer, however, I need someone to help me stay sober enough to take notes. For both of these aspects, I am equally excited.