The Daily Nexus
News
Law Enforcement Down 30 Percent for Halloween
October 13, 2016 at 5:37 am by Supriya Yelimeli 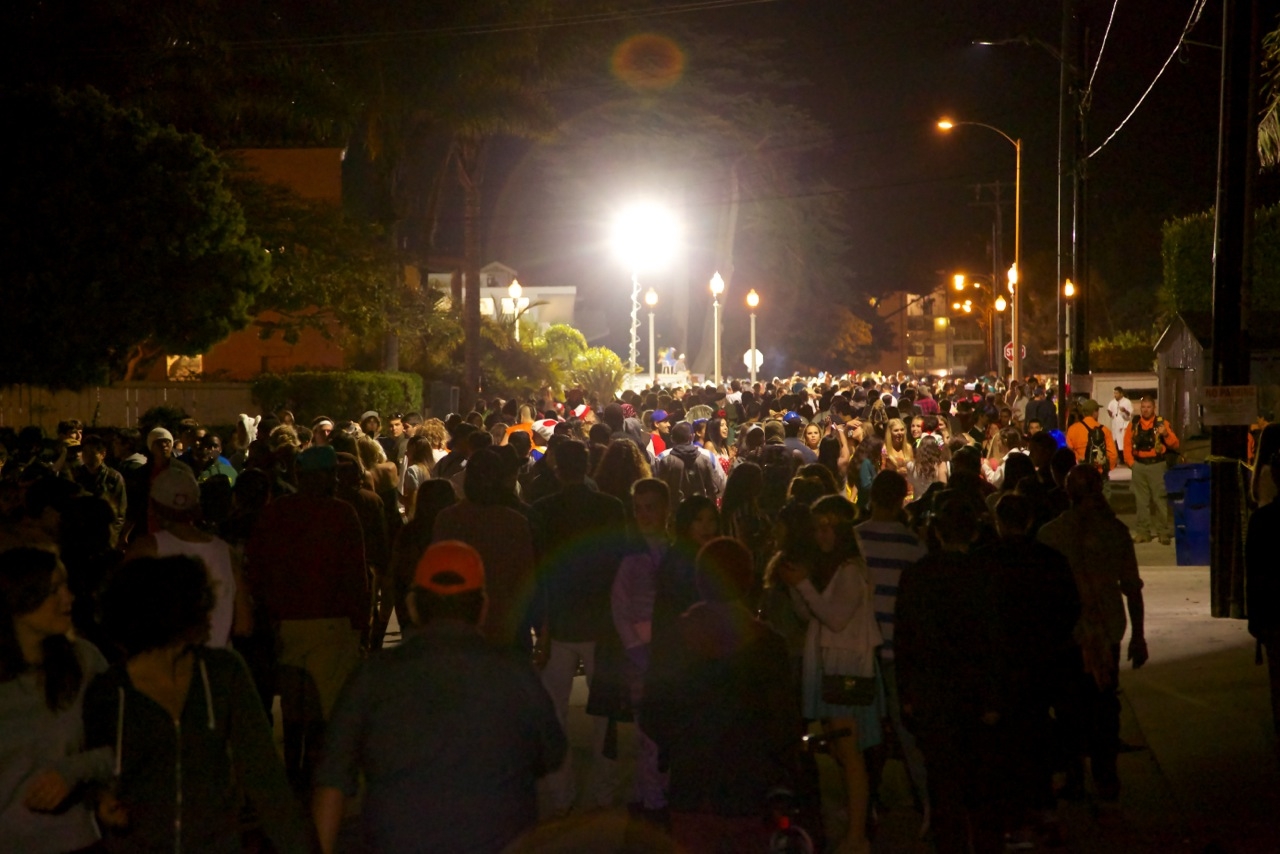 Law enforcement agencies will reduce police presence in Isla Vista by more than 30 percent on Halloween weekend, responding to an increase in community volunteering over the past two years.

The University of California Police Department (UCPD), Isla Vista Foot Patrol (IVFP) and the California Highway Patrol have been in talks since last Halloween to limit officers in I.V. during the weekend of Oct. 28 to 31.

UCPD has a staff of approximately 30 officers, and 60 to 65 officers will posted in I.V. on both Friday and Saturday, according to UCPD Lieutenant Mark Signa. Less than 30 officers are expected to patrol on Sunday and Monday, he said.

UCPD will be sourcing officers from seven different University of California campuses to supplement its staff. Officers from Los Angeles, Irvine, UC San Diego, San Francisco, Berkeley, Santa Cruz and Riverside will arrive at UCSB on Oct. 27 to attend a one-day training prior to Halloween weekend.

Nearly 100 UCPD officers were present in I.V. last year, Signa said, but this year “there’s a better understanding within the whole community, this idea of trying to keep it safe, keep it local.” He said initiatives like UC Isla Vista Volunteering Program have been “fantastic” at drawing students away from parties and toward local events.

Although the department hopes to gradually decrease police presence by higher increments, “we’re always kind of nervous about what’s going to happen,” Signa said. UCPD can call on the Santa Barbara Police Department and additional UC officers in the case of an emergency.

IVFP, an offshoot of the Santa Barbara County Police Department, plans to post approximately 100 officers in I.V. on Friday and Saturday, 50 officers on Sunday and 75 on Monday, according to IVFP Sergeant Chris Gotschall. 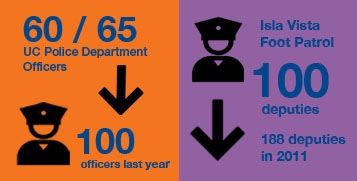 The department came to the decision after coordinating with both UCPD and UCSB administration. “Based on how much quieter Halloween was last year, they determined that they could actually decrease their coverage.” Gotschall said.

“We are hoping that this is a good sign; that things are more manageable in Isla Vista and on campus and the need for the presence of police officers is less,” Katya Armistead, dean of student life, said.

IVFP officers arrested less than 30 people during Halloween weekend last year, down from over 100 in years prior, and crime is expected to stay low this year. The department currently has no plans to bring horses into I.V. as mounted patrol units, but Gotschall said this could change in case of an emergency.

“We don’t want unsafe parties, we don’t want people coming in from all over to cause mischief,” he said.

Because Halloween falls on a Monday this year, less activity is expected on Halloween Day. Gotschall said approximately 188 officers were patrolling I.V. on both weekend days in 2011, the last time Halloween was on a Monday.

Ashcon Minoiefar, external vice president of local affairs, plans to continue alternative programming from last year. Businesses in the Downtown District participating in “Haunt the Loop” will share candy with trick-or-treaters, and volunteers will pass out water bottles to partygoers at “hydration stations” throughout Del Playa Drive.

A.S. Program Board hosted Snoop Dogg for a sold-out concert on Halloween last year, and this year’s headliner will be announced in the three weeks leading up to Oct. 31.

A version of this story appeared on p. 1 of the Thursday, Oct. 13, edition of the Daily Nexus.