With Election Day fast approaching, property owners are growing wary of a new tax which they believe would create an unfair burden on an already difficult housing market. 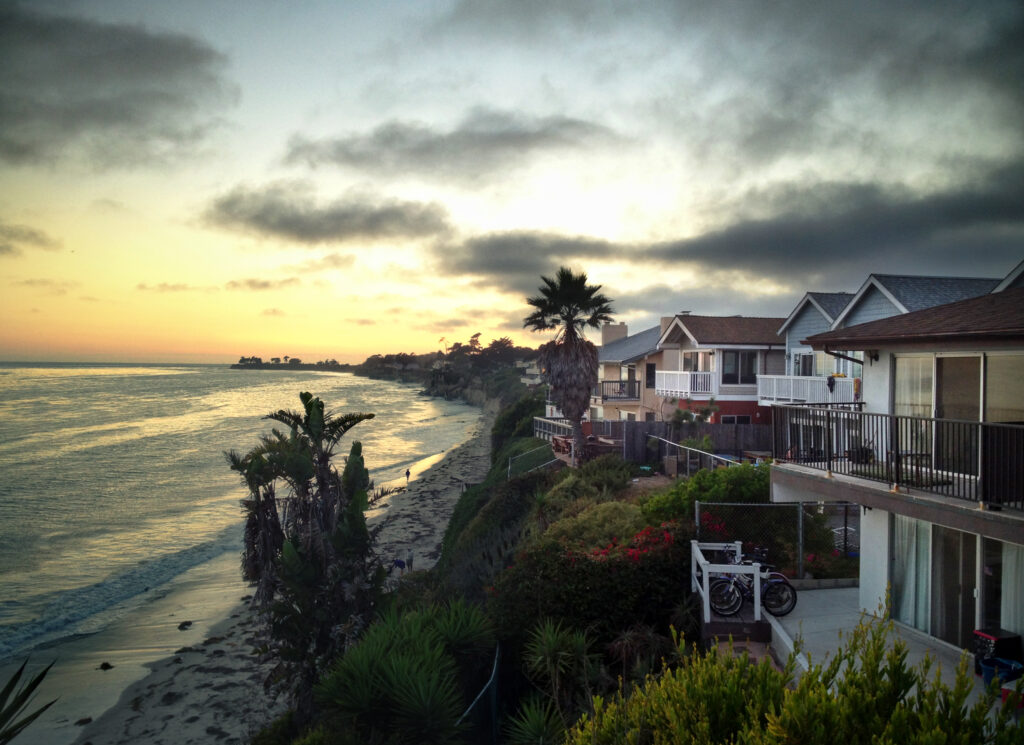 If approved, Measure F will impose a utility user tax (UUT) on residents for the use of water, gas, sewer, electricity and garbage. The fee will be used to partially fund a Community Services District (CSD) in Isla Vista to improve infrastructure, provide tenant-landlord mediation and institute community policing, among other services.

According to Assembly Bill 3 (AB 3), the legislation outlining the Isla Vista CSD, the Santa Barbara Local Agency Formation Commission (LAFCO) sets the rate at which the CSD may levy its UUT. LAFCO approved an eighth percent UUT in April.

Along with several other I.V. stakeholders, Chuck Eckert, an Isla Vista property provider, assembled Isla Vistans Against Higher Taxes in September to build opposition toward the measure to approve the UUT, which requires a two-thirds majority to pass.

One of Eckert’s main objections to the measure, he said, is its potential to increase the cost of living for I.V. renters. Not only will renters have to pay the taxes for their own utilities, he said, but any tax paid by landlords will be added to renting costs.

Eckert said he and many other I.V. property providers oppose higher rent because such price hikes will make their units less “attractive,” prompting renters to look elsewhere for housing.

In a radio show with KCSB 91.9 FM in August, Yes on E&F campaign organizer Jonathan Abboud said each person will pay between $5 to $10 per month for the UUT — “about half a Freebirds burrito once a month.”

Although unable to provide numbers during an interview with the Nexus, Eckert said he anticipates much higher costs as a result of a UUT.

“It’s certainly going to be more than half a burrito,” he said.

Eckert said the CSD will be ineffective in providing services to Isla Vista residents. Half of the funds raised by the tax will fund “bureaucracy,” he said.

Citing a financial feasibility study organized by The Fund for Santa Barbara in Sept. 2015, Eckert said there will be an annual $512,000 revenue from the UUT. About half of that amount, $257,000, will go toward management and administration of the CSD, leaving $255,000 for other services.

This, however, is not the only proposed means of funding CSD services. UC Santa Barbara has pledged an annual $200,000 to the CSD for seven years.

Despite starting a campaign against Measure F, Eckert has not come out in opposition to Measure E, the ballot measure to create the CSD in Isla Vista. As he put it, “one could be neutral on Measure E and still oppose Measure F.”

One might say that the fate of the CSD ultimately rests on the approval of a UUT at some point. AB 3 enumerates that, if voters do not approve the UUT before Jan. 1, 2023, the CSD shall be dissolved as of that date.

A version of this story appeared on p. 1 of the Thursday, Oct. 13, edition of the Daily Nexus.

C’mon, Chuck, tell the truth-you don’t want the Community Services District for Isla Vista because you don’t want any form of landlord/tenant rental mediation program! The landlords of Isla Vista do NOT want the residents to be empowered in any way whatsoever!

Anonymous
Reply to  The people, Yes!

Oh no, accountability for the landlords and more oversight of their shady practices, what a tragedy! Chuck is scared that some of the power might be ceded to ACTUAL RESIDENTS OF IV and not appaling, greedy landlords.

Left out of this article is the fact that 96% of I.V. residents are renters and vulnerable to the interests of absentee owners like Chuck Eckert, one of the town’s biggest apartment owners. And that rents are 25% higher in I.V. than in Santa Barbara. So if Chuck was really concerned about the cost of housing for I.V. renters, he’d cut back the rents he charges. Finally, Chuck Eckert has opposed every positive development every proposed for the community of Isla Vista. So suck it up, Chuck and let the town have a little more self-government.

Chuck Eckert is a sleazy scumbag who is out only for himself, enriching himself at the expense of others. IV would be a much better place is he would stop playing his power games and joined the fight for a better community for everyone, not just the rich assholes who don’t even live in it.

Speak the truth Carmen, very disappointed at how slanted this article is.

Nowhere in this article is the CSD’s ability to implement a landlord/tenant mediation program, or to enforce building code in Isla Vista mentioned. These are the reasons why property owners oppose measure F. Why this escapes The Nexus is completely beyond me.

Real changes for the benefit of the tenants is what the landlords oppose. They don’t want their unjust business practices to be challenged out in the open by the poeple of Isla Vista.

Yes I am disappointed this was not covered, even though I am biased, those are very real reasons the landlords would not want a IVCSD and should be mentioned for the reader to further look into. We even took away the CSD’s power of eminent domain (literally almost every other special district in existence has it, including the IV Rec and Park District) in order to compromise with them and they still oppose.

Unfortunately, the fiscal realities of the proposed CSD seem to lie beyond the proponents’ grasp.
The CSD represents more of a wish list than a realistic or usable plan, particularly the promise of self governance.

Do you seriously think current situation will result in dramatic change in the way IV is run and represented in local legislature? Please, don’t be naive, CSD is the main way forward, even if it does not achieve everything it sets out to do. Progress is vitally needed and CSD is a step forward!