The Daily Nexus
Music
Laura Marling is a Darling
October 11, 2016 at 9:21 pm by Genevieve Liston-Oakden 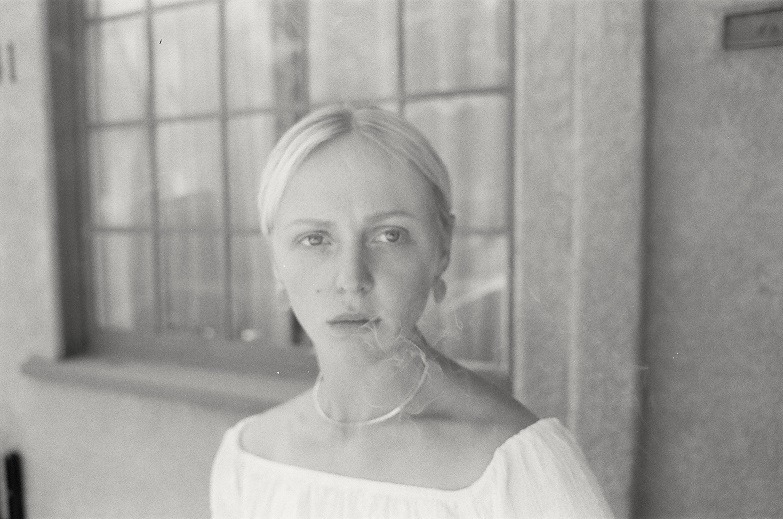 It’s rare for one denuded voice and an old, acoustic guitar to transfix an audience so completely as Laura Marling did this past Friday night. At the SOhO venue candlelit tables are were sprinkled around the room like confetti, the bar buzzed with the low thrum of conversation and black and white photographs paying homage to the likes of Van Morrison, Blondie and Keith Richards graced the red brick walls. Beneath them, sofas tempted attendees into their cushions in repose before the show. This venue recalls something of a New York loft or sophisticated London pub, making Marling’s choice to play the last night of her West Coast tour here especially important.

The elfin artist emerged donning a pair of vintage Levi jeans and a flowing white blouse, an old soul-come-avant-garde ingénue. Hazy blue light flooded the expectant stage. Marling began her set with “Take the Night Off,”  the opening track to her fourth album Once I Was An Eagle. Albeit 30 minutes late, the whole room took in the sound of her haunting vibrato at once. Her voice and guitar instantly took command of the intimate space. The small stage of a quiet, California venue is where Marling feels most at home, unfettered from her mythological status in England. Marling unfurled the rest of her 60-minute set in a kaleidoscopic series of glissando rises and falls, her songs an amalgam of jovial conversation and piercing insights into the nature of love, life and loss. Marling’s nu-folk style lends itself to live performance. Her songs float into the silent crowd and settle in the minds and hearts, resonating with authenticity that is foreign to the studio album. Alternating between her own songs and covers of the iconic Bob Dylan’s “Up To Me” and Dolly Parton’s “Do I Ever Cross Your Mind,” Marling gave a nod to her artistic lineage and returned to her own footing.

Her first song was met with enthusiastic applause. “I saw an otter yesterday,” Marling confided in the audience, “and I had a small malfunction of excitement. 10 years ago the British otter population was nearly extinct and now they’re thriving. So next time someone says something bad you can tell them the otters are thriving at least.” She followed this cheerful observation with the building beat of the jaunty “Short Movie,” the titular track of her most recent album. Disappointingly, after only a couple of minutes she stumbled and had to abandon the song, admitting, “I can’t remember how to play it, I’m so sorry!” Nevertheless, having made an immediate friend in the night’s audience, her blunder was forgiven by the sound of emboldening cheers, and she ensued with a unique cover of famed country singer Dolly Parton.

Short Movie signposted a new direction in Marling’s musical career. It stepped away from her lyrically dominant acoustic folk and moved toward a more reverberating, electronic sound, inspired by the loneliness she felt during her revelatory years in Los Angeles. Yet, within the dimly lit, intimate walls of SOhO, both new and old songs were stripped bare and reimagined by a more mature, worldly Marling, a far cry from the diffident young woman of her past. Her acrobatic vocals jumped, twirled, twisted and landed flawlessly throughout “Wildfire,” her pensive tone and elastic range imbuing each lyric with a vulnerability that made them accessible. The piercing high notes of “I Feel Your Love” sailed over the sound of her guitar as she leaned into her soprano with new weight, while the jubilant thrum of a colloquial “Rambling Man” got everybody’s feet tapping.

Marling’s dusty vocals have matured as age and experience have facilitated growth into an evermore textured sound. Jack Wallace, a third-year English major, described Marling as “a total delight onstage. You could tell how in love with her instrument she was.”

Marling’s affinity with her instrument is perhaps what distinguishes her authenticity as an artist. Her lyrics, meanwhile, conjure a web of images that suddenly resolve into relatable sentiments that touch each member of the audience individually. Marling has described her lyrics as “personal, but not confessional.” By valuing sentiment over specificity, Marling bestows her listeners with the power to find their own meaning in them. It is this quality that ensures her feelings are translatable. Amanda Curtis, a graduate student at UCSB, admitted, “They’re incredibly subtle, her lyrics. But they’re extremely perceptive. I teared up twice. I love that a woman can be so honest, and emotional, and raw and also powerful.”

Marling closed her short but sweet set with a bluesy rendition of “Once.” On this melancholy note, and with a shy goodbye, she left the stage. Her songs bear witness to her personal metamorphosis as well as communicate a universal sense of meaning and the internal conflict that defines what it is to be human.