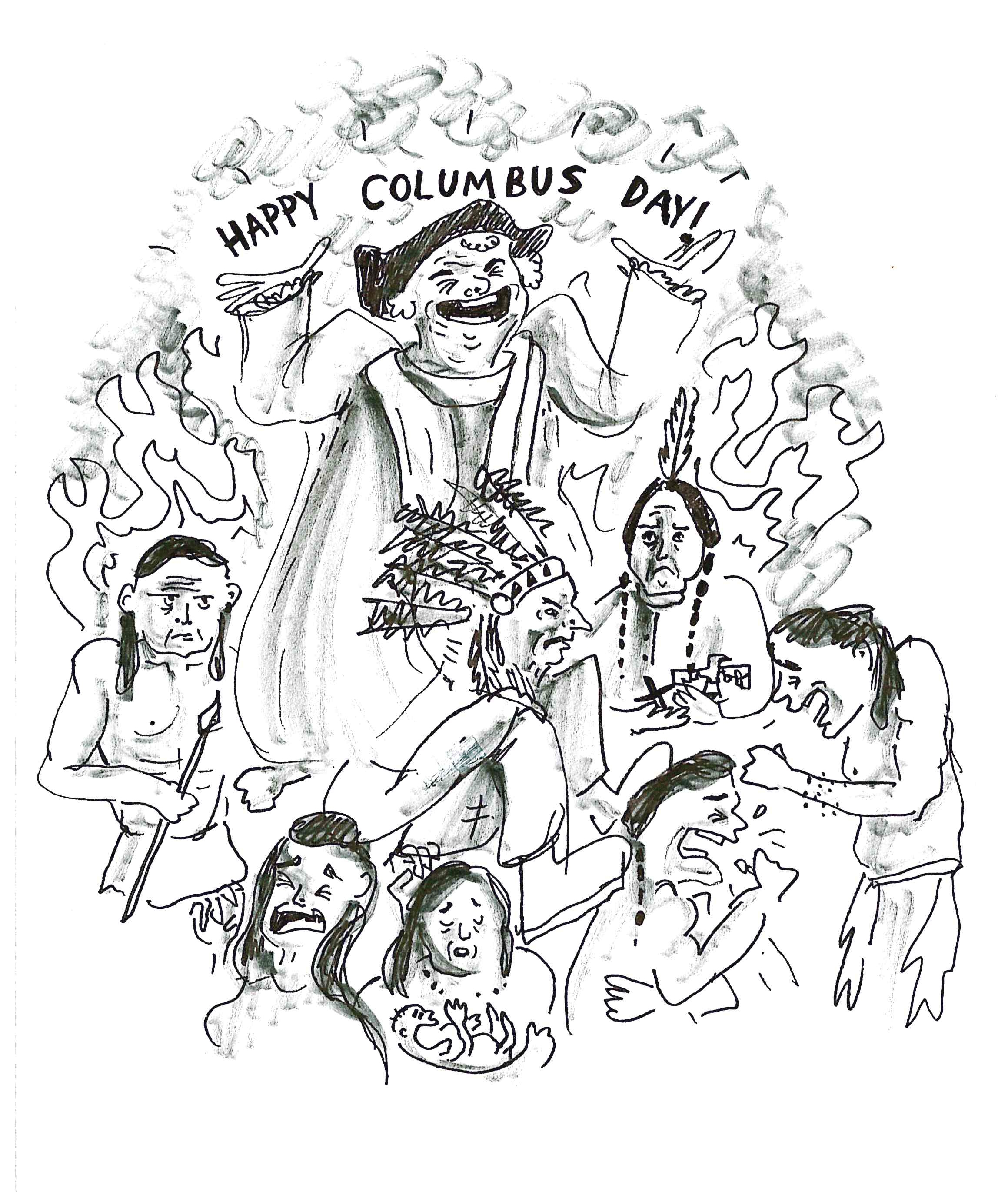 Students from El Congreso de UCSB demonstrated in the Arbor on Monday to protest Columbus Day and the celebration of a 15th century explorer who protesters said “enslaved” and “murdered” indigenous peoples.

The students protested from 11 a.m. to 2 p.m., intermittently chanting “Fuck white supremacy; Columbus is the enemy” and “Hey hey! Ho ho! Columbus Day has got to go!” and “In 1492, Columbus sailed the ocean blue. He raped and slayed and murdered too!”

“The greatest genocide ever that occurred in human history was right here on this continent,” Abraham Lizama, El Congreso member and fourth-year history of art and architecture major, said. “What we are doing is bringing light to this currently by saying ‘Fuck Christopher Columbus’ because he was not a person to be celebrated.”

According to Lena Neuner, a fourth-year English major and a member of the Karuk tribe, El Congreso did not reach out to her group, the American Indian Student Association (AISA), when planning Monday’s protest. This is not specifically the fault of El Congreso, she said, but rather it points to a larger systemic issue of Native Americans not being recognized on campus.

“It would have been nice to have the option to be part of it,” she said. “If there’s a conversation about something that includes Native Americans or revolves around their culture, then their voices should be included in the narrative.”

El Congreso organizer Lorena Alvarez confirmed her group did not reach out to AISA about the protest. She said the event was planned too quickly to invite students from the Native American group.

“We should have reached out, but we didn’t want to do it so last minute out of respect,” Alvarez said. “We just decided to create posters and bring awareness to it. It’s unfortunate that we weren’t able to reach out to them.” 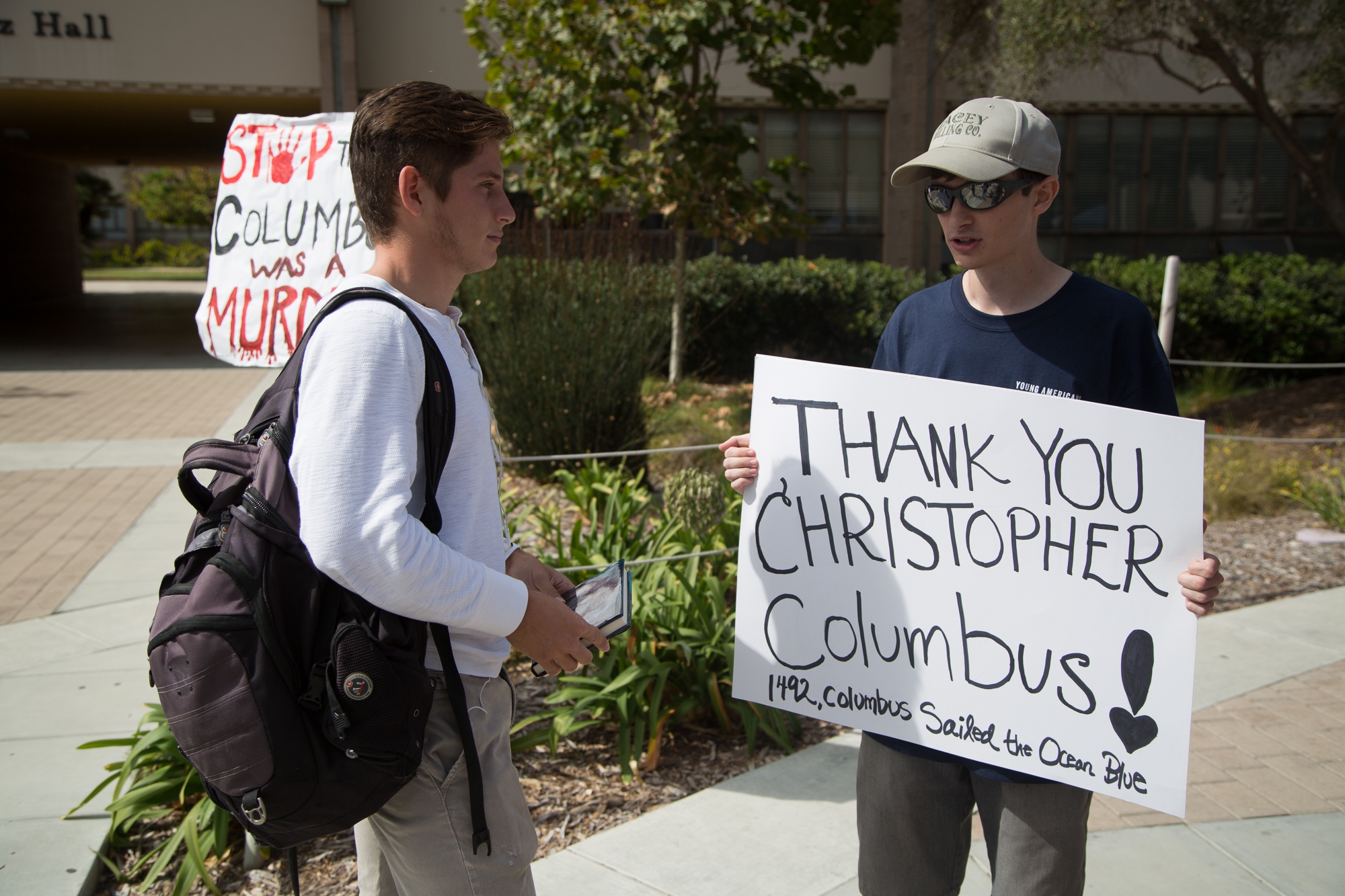 Shortly after El Congreso had set up its demonstration, about three students from Young Americans for Freedom, an ideologically conservative student activist organization, formed a counter-protest on the opposite side of the Arbor.

According to Eric Lendrum, fourth-year political science major and founding chairman of Young Americans for Freedom, Columbus Day celebrates the values of Western civilization in the New World. To oppose this holiday, he said, is “an attack on Western civilization as a whole.”

“We definitely love Western civilization and the ideas that it embodies, and that’s why we’re here,” he said.

Despite the opposition, Alvarez said the counter-protest “fueled” the anti-Columbus protest.

“I feel like folks showed more solidarity with us after seeing the ignorance of their posters,” Alvarez said. “It wasn’t until they saw the counter-protesters that they would actually come to us and say ‘I support you. I don’t support what’s going on on the other side. Thank you for doing this.’”