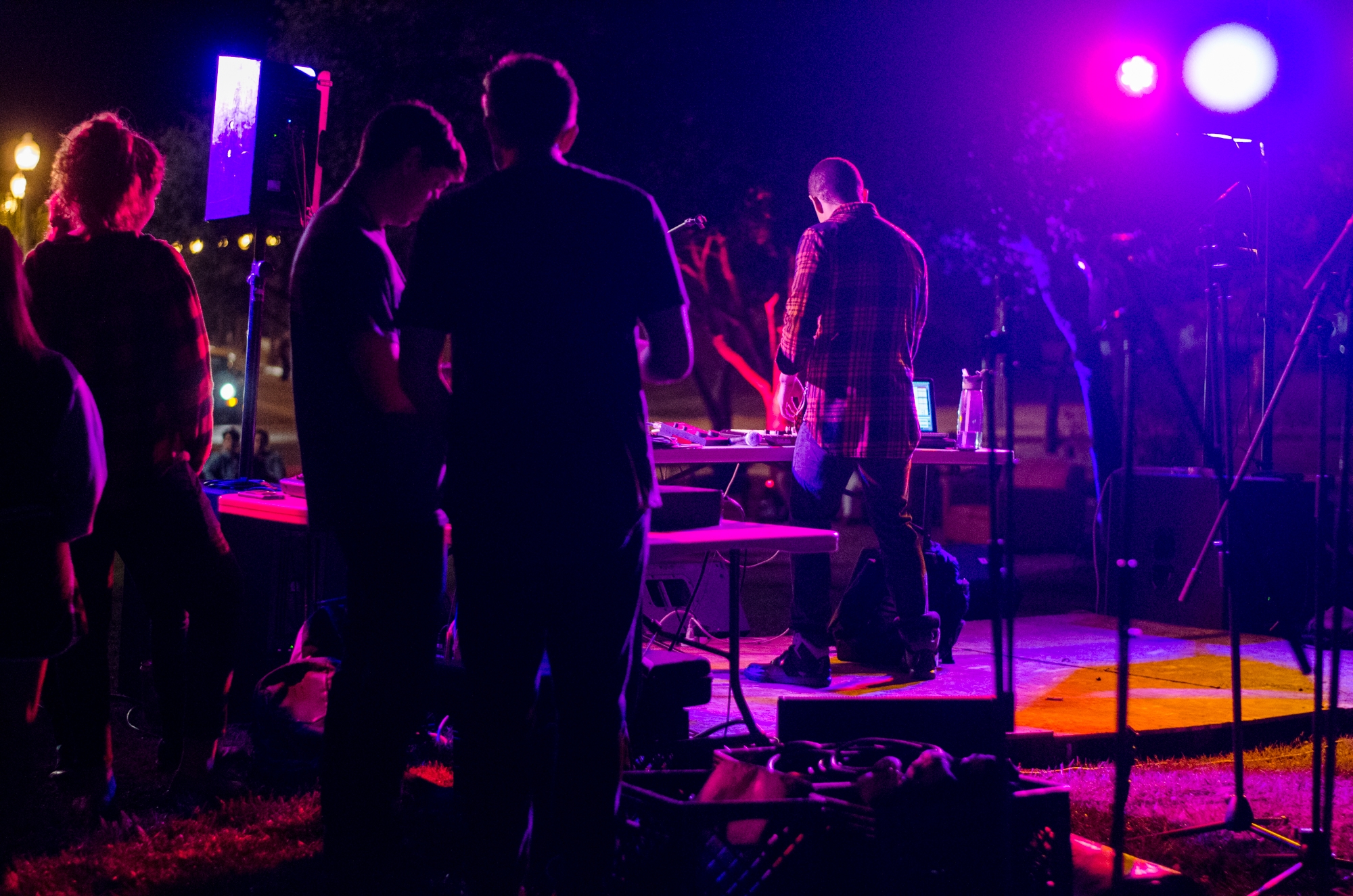 Fall’s inaugural First Friday took over Prefect Park as the Free Food Fest on Oct.7, offering new bites and the same laid-back vibes Isla Vistans have come to love since its inception.

The event was organized by A.S. Program Board and offered free food from Woodstock’s Pizza, C’est Cheese, China Pavilion at Chapala and Kyle’s Kitchen. It also featured performances by local musicians Choice, Kaysin and The Real Savage Henry.

The slogan of the festival was “your fees, your fest,” and Christina Chiocchi of the Program Board emphasized the group’s goal to address student hunger. The need for food can be “so real” in college, she said.

Students also need safe spaces without alcohol and to see that there is “more than just the party scene” in I.V. said Program Board commissioner Bo Wolfe. He said an event like First Friday is especially important for first-year students who are still finding their footing in the community.

Although community volunteers have organized the event in the past, several UCSB clubs, including A.S. Program Board, hope to host it in the future. Though each organization approaches First Fridays differently, they all plan art, lights and a substance free area for students to relax and socialize.

Since the first event in October of 2014 with a turnout of around 70 people, it has grown to feature fire jugglers, a palm reader, food trucks and a snow machine from the UCSB Excursion Club during the holidays. 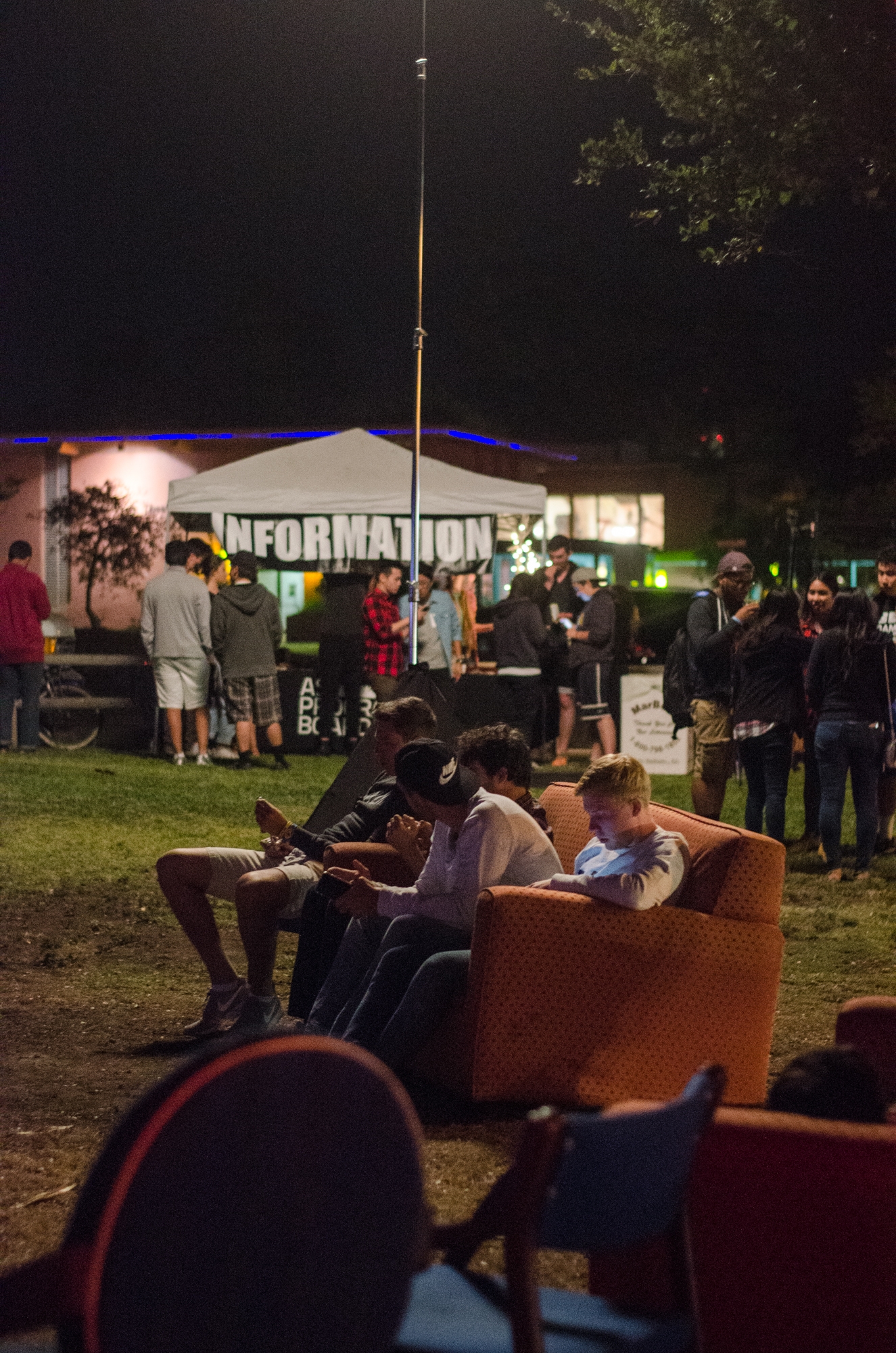 The turnout steadily increased as word spread and student organizations began to sponsor the event, driving attendance up to 500 students per event.

The idea of First Fridays emerged two years ago, after the May 23, 2014 Isla Vista shooting. Kim Yasuda, a professor in the Department of Art, started a class called I.V. OpenLab to create projects for the Isla Vista community.

The events were not only for students, but for families and other residents who came together to strengthen the community. The first event was held in People’s Park, next to the Love and Remembrance Garden, a place described by the I.V. Recreation and Parks District as a “meaningful place for public commemoration and healing.”

Marsano emphasized the importance of community in bringing the event to fruition. She credited the community and Rodney Gould, the General Manager of the I.V. Recreation and Parks District, who was integral to the organization of the event by helping secure permits and reserve the park.