The Daily Nexus
Water Polo
UCSB Heads to Pepperdine
October 6, 2016 at 5:00 am by Jorge Mercado 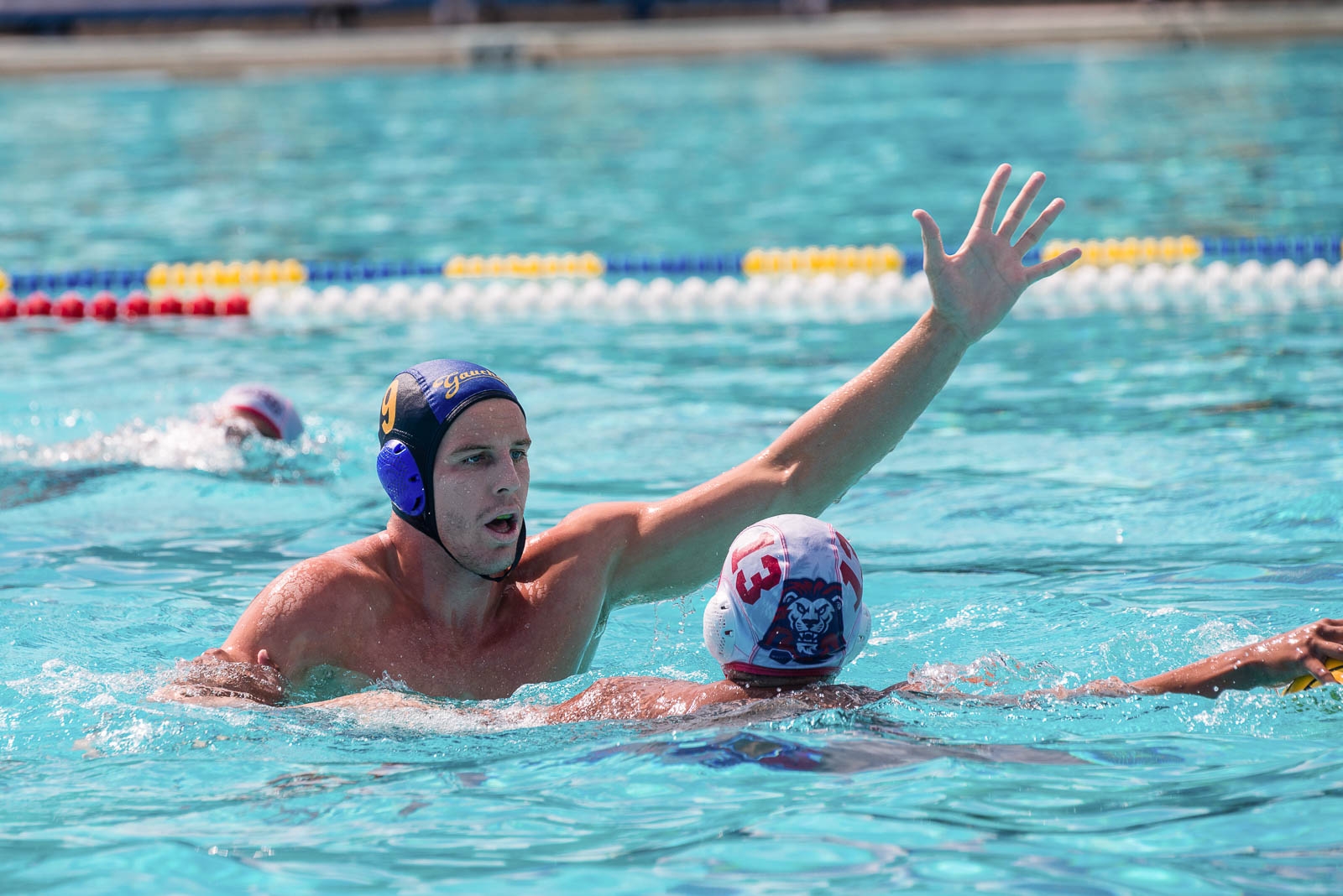 Despite losing to its former MPSF foe, No. 2 Cal, last week 13-9, the No. 7 UCSB men’s water polo is ready to get back in the pool for some conference action this week opening up against No. 9 Pepperdine.

The Gauchos and the Waves met on September 25 at the Mountain Pacific Invitational. In that match, UCSB handled Pepperdine fairly easily winning the match 15-7 behind Reed Cotterill’s hat trick performance.

Last season, Santa Barbara met Pepperdine three times throughout the year and won all three meetings by an average of four goals per meeting. In fact, UCSB has dominated the Waves in recent memory winning 12 of its last 16 matches against Pepperdine dating back to 2010.

The Waves will be pumped for this coming match tonight especially since it wants to avoid a 0-2 start in its first year in this new conference. Pepperdine lost its GCC opener, as well as its home opener, against Pacific 9-8 in overtime after squandering a fourth quarter lead.

Leading the charge for the home team will be sophomore attacker Marko Asic who currently leads his team in points (43), and shots taken (68). His 38 goals currently lead not only his team but the entire conference as well. Mate Toth, a freshman, is fourth in the GCC in goals with 26.

On the assisting end, junior attacker Kenneth Keller leads the team with 19 assists, good for second best in the conference. His teammate, redshirt junior Mark Urban, is fourth with 15 assists.

Defensively, the Waves have a great goalkeeper in the cage with junior Zack Rhodes. This season, Rhodes has been solid allowing a career-low 8.95 goals per match and has already tallied 98 saves good enough for second best in the conference.

While it will have its hands full with a tough team, UCSB certainly has the talent to run away with the match yet again this season. One player the Waves definitely need to keep their eyes on is driver Boris Jovanovic. The sophomore is coming off a solid four-goal performance against No. 2 Cal.

In the earlier match with Pepperdine this season, Barrios got the start and had an amazing performance with eight saves and a career-high three assists.

With the Gauchos set to start conference play in a new conference this season, all eyes will be on how they perform in this inaugural season of the GCC. While this conference does not have perineal powerhouses like UCLA, USC, and Stanford, it still has great teams such as the Waves.

UCSB takes on Pepperdine to kick off conference play on Thursday, October 6 at 6:30 p.m. at Raleigh Runnels Memorial Pool.