The Daily Nexus
News
New Grant To Lay Framework for Digital Database
October 6, 2016 at 5:00 am by Tamari Dzotsenidze 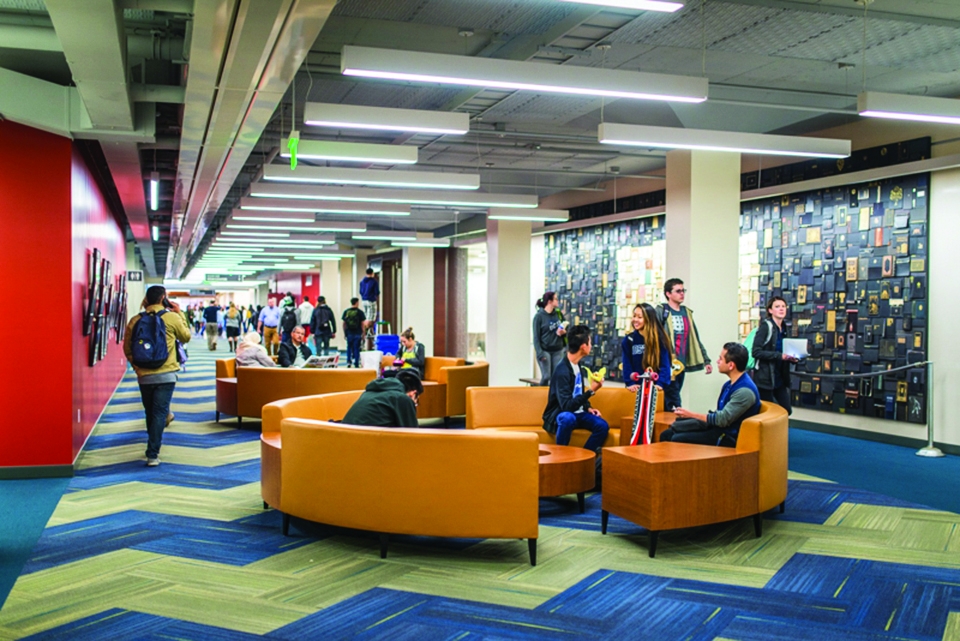 The UCSB library has received a $100,000 grant from the Institute of Museum and Library Sciences to create a framework that supports extensive digital library collections.

Though the project involves collaboration between researchers from several partner universities including the University of Pennsylvania, Emory University and Texas A&M University, UCSB is the primary recipient of the award.

Thomas Padilla, humanities data curator for UCSB Library, spearheaded the project. The team began to form in November 2015, after which it took almost a year to secure the grant. Because it was his first time applying for such a grant, he said the success of the application was due to the expertise and specialization of the team, many of whom spent years researching before coming together to work on the proposal.

Padilla estimates that the majority of the money will be used to support the participation of visiting researchers, bringing together a group of experts both nationally and internationally.

He believes that it is crucial to have a “diverse representation of voices,” since the project is interdisciplinary.

The money will be allocated toward travel and lodging costs, as well as other expenses necessary to facilitate the meetings.

The Institute of Museum and Library Services (IMLS) awards the National Leadership Grants to support projects that benefit libraries through advances in research and new tools, models and services.

A press release from IMLS states that out of the 85 preliminary applications that were received, 19 full proposals were invited for further review and only 15 libraries were given grants. IMLS Director Dr. Kathryn K. Matthew said that the “recipients represent the best of the best,” and all the recipients went through a rigorous peer-reviewed process.

Padilla was inspired to start the project after extensive work with humanities researchers, many of whom were interested in computational analysis. The project supports those who wish to analyze or download hundreds or thousands of documents at a time, as opposed to the traditional online viewing of one document at a time.

The grant will help fund an initial two-and-a-half-day conference in March or April at UCSB with approximately 30 experts including librarians, researchers, technologists, archivists and museum professionals from various universities.

Their goal is to identify challenges and suggest possible ways to “prepare access to digital library collections in a way that makes them easier to use” for computational analysis, Padilla said. Questions that need to be addressed include the form the collection should be in and the type of documentation needed to create such a collection.

This conference will be followed by six conventions, including one with the Digital Library Federation in the next year and a half to refine ideas proposed during the initial meeting and to push forward in the development of the frameworks.

A version of this story appeared on p.4 of the Thursday, October 6, 2016 print edition of the Daily Nexus.