The Daily Nexus
News
Isla Vista Divided by Party Politics in Supervisor Race
October 6, 2016 at 5:00 am by Supriya Yelimeli and Josh Ortiz 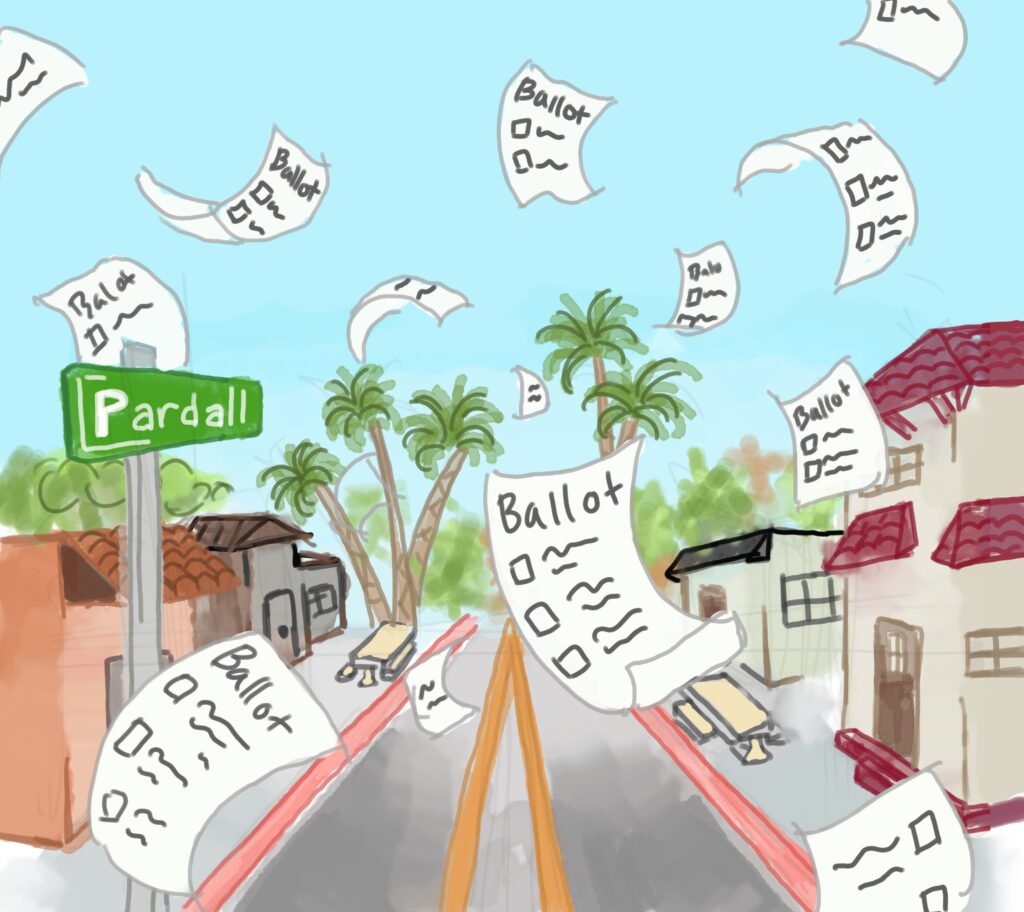 Isla Vista voter organizations are pushing for at least 13,000 students to register to vote before the Nov. 8 general election. Sierra Deak / Daily Nexus

Every four years, Isla Vista witnesses an influx of attention. The state of its sidewalks become coffee shop chatter, nonresidents discuss the latest on its self-governance and politicians are frequently spotted in the two-wheel chaos of its narrow streets.

Although it occupies a little over a square mile, the unincorporated area is brimming with over 20,000 UC Santa Barbara students, retirement communities and clusters of longtime residents.

This population comprises over one-third of all voters in the district, and the inordinate demographic of young people tend to favor Democrats.

Because the five-member Santa Barbara County Board of Supervisors has historically split between liberals and conservatives, Isla Vista has become the swing vote for the entire county.

The resulting hotbed of political activity is most apparent in voter registration efforts. Student organizers swarmed residence halls and campus hotspots far in advance of the primary election in June, and Democrats are the most visible group leading the charge.

“It’s Democrats that have fought hard to make sure that Isla Vista stays in the Third District so it has a strong voice in county politics instead of being buried into another district where they have less of a voice,” said Daraka Larimore-Hall, chair of the Santa Barbara Democratic Party. 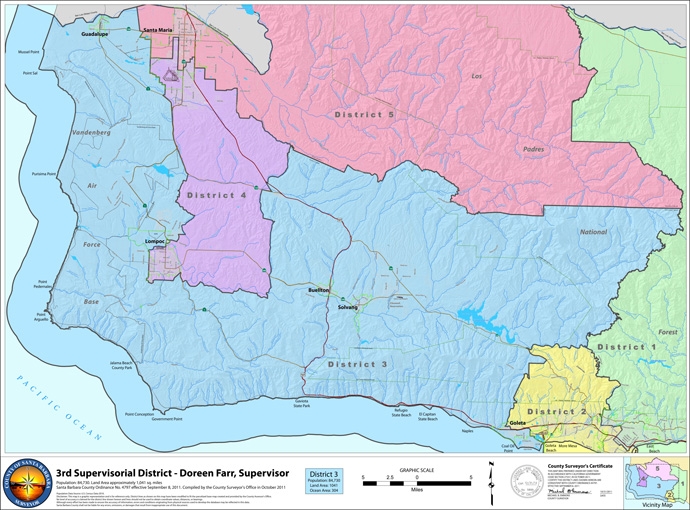 In the last three elections, Democrats won Isla Vista by a significant margin, and this year’s primary seems to predict similar results. In the June 7 primary, Democrat Joan Hartmann took a lead of 42.8 percent over opponent Bruce Porter, who gained 35.5 percent.

Bruce Porter, who is supported by the Republican Party, has registered voters at several campus spots and attended Pardall Carnival last weekend to garner support, but his registration tactics have drawn severe scrutiny.

Porter hired Terry Baxter as his Isla Vista field director in July, one month after the primary election. Baxter was a former campaign assistant for Steve Pappas, who the Nexus endorsed during his race for Third District Supervisor in 2008.

“I don’t have a deathbed conversion here. I have a life of being connected to student communities.”

After losing the race to Doreen Farr, Baxter and Pappas called to reevaluate over 9,000 votes from I.V. based on irregularities they found in voter records. The case was ultimately dismissed due to lack of evidence, and Pappas was made to pay all court fees.

Baxter’s background does not sit well with those observing Porter’s campaign in I.V., and several political operatives are equally unhappy with his current approach to registration.

“We want to make sure that everybody we register knows they have a choice, that they can register at home or register here,” he told the Nexus, responding to allegations his campaign has attempted to stifle the student vote by reducing its concentration in the Third District.

He stands by his decision to appoint Baxter to his staff, and said, “Terry Baxter is not going around telling people not to register to vote.”

Hartmann, whose campaign has been vocal about their mistrust of Porter, said her connection to students began long ago and is rooted in community involvement.

“I don’t have a deathbed conversion here,” she said. “I have a life of being connected to student communities.”

The parties continue to battle for voters, and efforts from organizers involved with the UCSB Voter Registration Volunteer Coalition have reached over 5,000 registrations.

Jonathan Abboud, leader of the Yes on E&F campaign and supporter of Joan Hartmann, said the group aims to reach 13,000 votes in the next 18 days before the last day to register for the general election.

“Individuals are transient, but our demographics are not,” Abboud said, adding that the I.V. vote will continue to be relevant long after the current class of students is gone.

“We want to make sure that everybody we register knows they have a choice, that they can register at home or register here.”

Jay Freeman, who came in third to Porter and lost the primary in the Third District Race, has thrown his hat in the ring to register voters as well, but he said his team aimed for the “high hanging fruit” in months before and after the June election.

He has supported Hartmann, and several of his supporters say they will vote for her in the November general election, but he is unhappy with both candidates running for the supervisor position. Freeman is not a registered Democrat and said the race for the Third District has reaffirmed his decision against doing so.

Freeman added that the idea of political representation in I.V. is very subjective, and though voter registration is essential, the I.V. vote also suppresses the vote of agriculture land in the rest of the Third District and the Santa Ynez Valley. A balanced election would require full voter participation from all areas.

Political tension runs high in the months before the primary, and Freeman, as well as Andrew Gabriel Pragin, a supporter and former UCSB student, expressed concern that Democratic voter registration tactics were dissuading others from being engaged in the election.

Abboud denied that the party encourages voters to side with Democrats, and said “we do nonpartisan voter registration when we need to. We do it because we care about voters.”

Students and candidates campaigning for the crucial I.V. vote have found themselves at the center of a crossfire between party lines, and the intensity of the environment continues to increase.

Democrats hoped to espouse the idea that “Isla Vista is united,” Pragin said, but the campaign continues to forge a split between political activists in the crucial election.

“It provides a front of openness, transparency,” he said. “In reality, they’re doing quite a lot of work to make it seem that way.”

A version of this story appeared on p.1 of the Thursday, October 6, 2016 print edition of the Daily Nexus under the headline “Isla Vista at the Heart of Third District Vote.”

#TheyDontWantYouToVote NO on Measures E and F!