Sitting at 1-2 in the Big West, 10-6 overall, the UCSB women’s volleyball squad is preparing for a weekend that will play an important role in defining the trajectory of the early conference season. Despite a win over CSUN last Friday, the following loss to Long Beach State on Saturday has sent the Gauchos below the .500 mark for conference play. 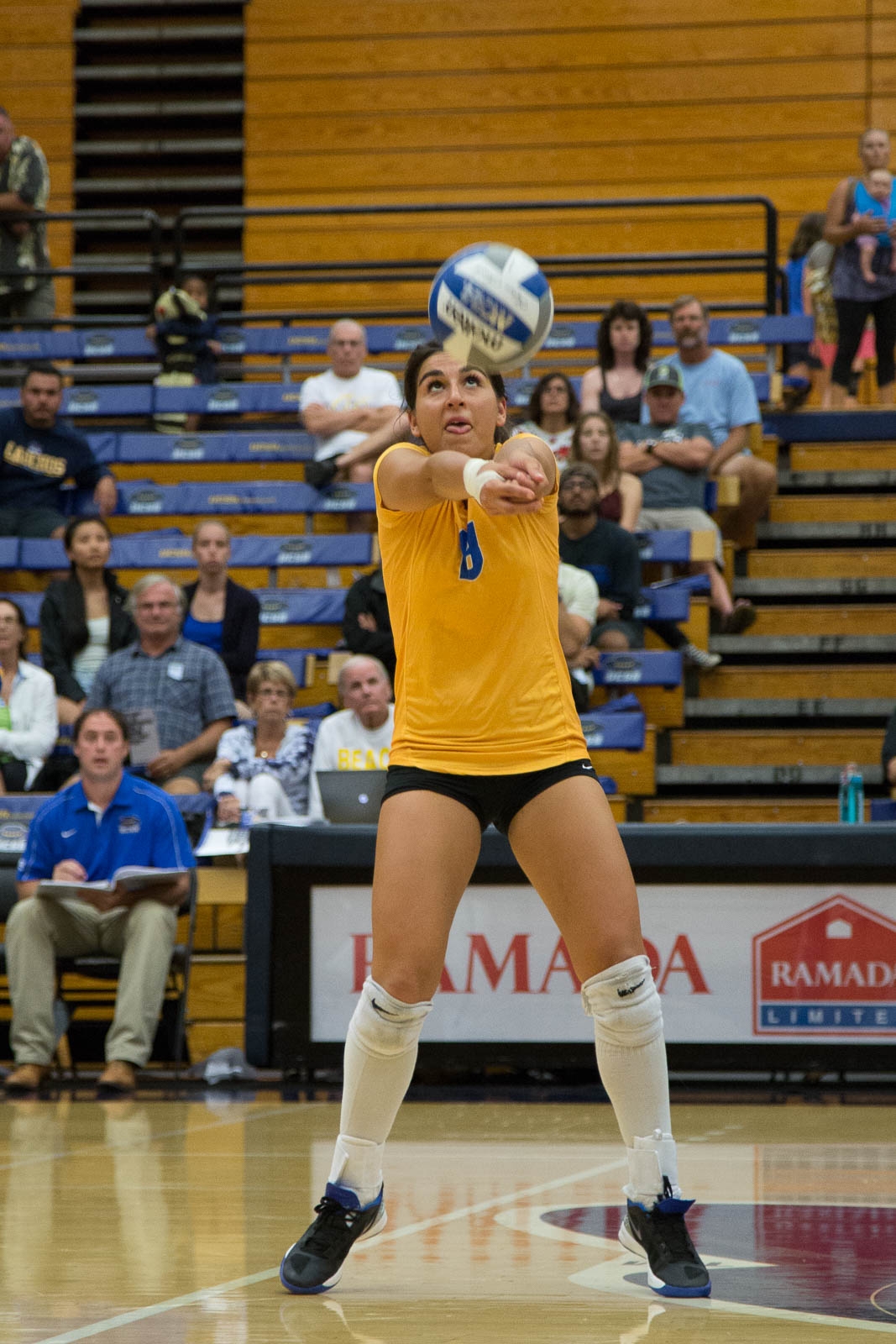 “We didn’t follow the game plan as much on Saturday night, so that’s definitely something that’s on all of our minds,” Head Coach Nicole Lantagne Welch noted. “We’re really trying to be prepared for both teams [this weekend] to be at our best.”

Hawaii and Long Beach State are atop the Big West with 4-0 records, followed by a mass of teams bunched together between 2-2 (CSUN) and 0-2 (UC Riverside), including UCSB and their two upcoming opponents.

First on the slate of matches, Santa Barbara will host a UC Davis team that shares their record of 1-2 in conference play but sits at 8-8 overall. Like the Gauchos, the Aggies won their only Big West game this past weekend against UC Irvine.

Relying on a vigorous offense, UCD boasts a .241 kill percentage since beginning conference play. Throughout the entire season thus far, they’ve received over two kills per set from sophomore outside hitter Brianna Karsseboom and freshman outside hitter Lauren Matias, as well as over three per set from senior outside hitter Kendall Walbrecht.

The Aggies are led in scoring by sophomore outside hitter Emily Allen, who paces her team with 3.73 kills per set and a robust 220 kills so far in the season. She’s also added 2.68 digs per set, contributing to UCD’s 16.12 overall season mark, good for second in the conference.

That impressive defense is led by redshirt freshman setter and defensive specialist Heather Reed, who has supplied 4.66 digs per set along with only 23 receiving errors in a whopping 443 attempts (.948).

Around the net, UCSB will have to navigate sophomore middle blocker Kelechi Ohiri who leads the Big West with 1.34 blocks per set.

After Thursday’s tilt, the Gauchos will have a day off before Cal Poly arrives for a Saturday night showdown. The Mustangs won both matches between the teams last year, and UCSB will be hungry to wrestle the momentary crown from their central coast rivals.

All four rank in the top 20 of the Big West for the statistic, and the Gauchos will have to be keenly focused to deter the Cal Poly attacks.

Junior setter Taylor Nelson is the main catalyst for the Mustangs, racking up 11.25 assists per set, best in the Big West, along with 2.36 digs per set on the season. Nelson is aided on the defensive end by sophomore libero Katherine Brouker, who leads the team with 3.95 digs per set.

Wins in both games would put the Gauchos right back in the driver’s seat behind Hawaii and Long Beach State in the conference hierarchy. UC Davis and Cal Poly will provide quite a challenge, though, and the Gaucho squad knows a lot will be thrown their way.

“We’re going to see some different looks,” Lantagne Welch said, leading up to the weekend’s slate of games. “We’re trying to clean up our side of the ball offensively and make sure our first contact is where it needs to be.”

UCSB certainly has some key assets on its side that can help them attain two huge Big West wins. One of them is, of course, outside hitter Lindsey Ruddins. The redshirt freshman leads the team in kills per set with 4.33, second best in the conference. This season, Ruddins has earned Big West Freshman of the Week three consecutive weeks in a row.

Senior middle blocker Phoebe Grunt has been solid this season as well, serving as a dual threat for the Gauchos. Currently, she is first in the conference in hitting percentage at .394, as well as fifth in blocks per set with 0.98.

On the defensive side, libero Emilia Petrachi has been an absolute force for Santa Barbara this season. The sophomore recently earned the Big West Defensive Player of the Week for the second time in her career this week, first of the season, after averaging 5.43 digs per set this weekend.

This season, Petrachi has been one of the best in the Big West as she ranks second and fourth with 4.56 digs per set and 246 total digs, respectively. She leads the team in both categories.

The inward focus has defined this Gaucho team all season, and they will rely on their evolving take-care-of-business mentality to boost them against Davis and Cal Poly.

UCSB will host the Aggies at 7 p.m. on Thursday and the Mustangs at 7 p.m. Saturday evening. Both games will be held in the Thunderdome.