The Daily Nexus
News
A Quick Brown Fox Jumps Into Morocco
October 6, 2016 at 5:00 am by Maura Fox 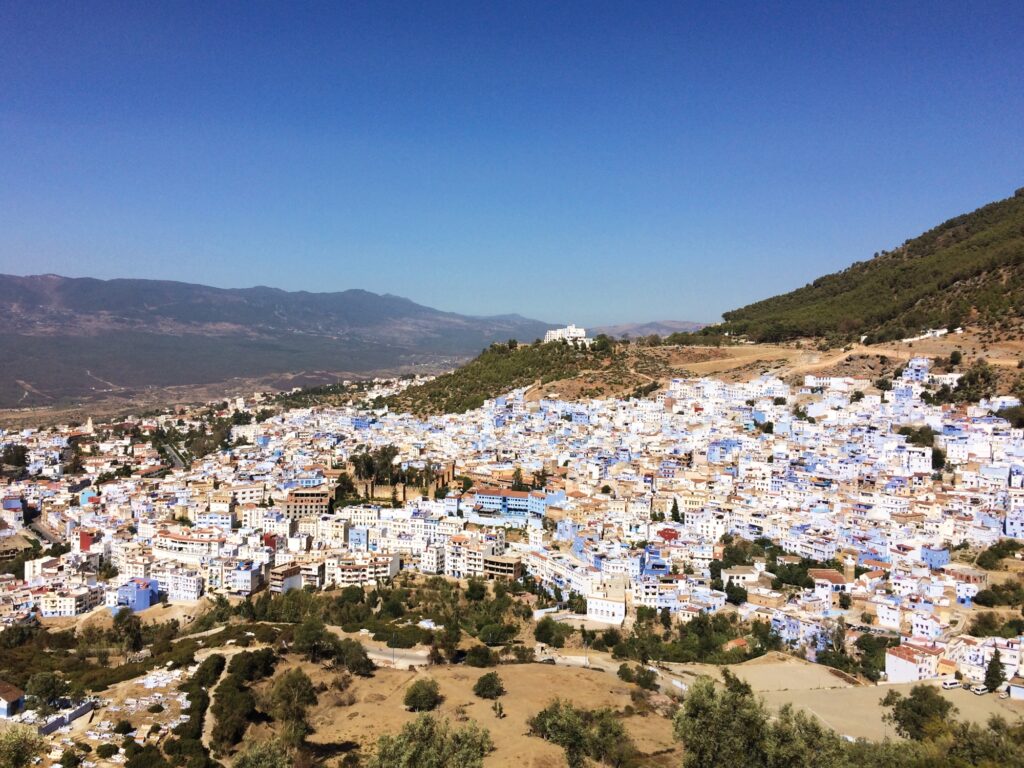 Despite many warnings from friends and family, Fox made the trip to Morocco in the wake of immigration turmoil; she found it to be beautiful. Maura Fox / Daily Nexus

Hope this week has been treating you nicely. I, for one, am exhausted. This past weekend I traveled to Morocco, seeing four cities in two days, each of them leaving me in awe of their beauty and culture.

Now I’m left to write essays and study for exams but find myself constantly distracted by my photos of camels and the timeless blue streets. Ah, the study-abroad struggle.

You know, Morocco gets a pretty bad rap. Before I left, I told people I was traveling to Morocco and I was given responses such as:
Oh gosh, isn’t that dangerous?
Be safe!
¿Por qué vas alli? (Why are you going there?)

These responses were from friends, my parents and Spanish locals, but it was the Spaniards and their low opinion of Morocco that bothered me the most.

To fill you in, Spain and Morocco (called Marruecos in Spanish) have a bit of a challenging relationship. There are only 14.3 kilometers of the Strait of Gibraltar separating the two countries, but in that short distance, a lot changes. Spain is a Catholic country, Morocco is Islamic; Spain is a part of the European Union (EU), Morocco is in Africa; everyone wants to come to Europe through Spain, and far fewer people are trying to migrate to Africa.

Despite other political conflicts and scandals occurring in Spain right now, it’s this particular immigration issue I want to chat about today.

To liken it to the U.S., the Spanish-Moroccan border is very similar to the Californian-Mexican border. Spaniards are upset with the influx of immigration from northern Africa, just as many Californians dislike the Mexican immigration into the U.S. There is also a massive problem with immigration policies, resulting in the abuse of Africans by the border control and cultural struggles on the Spanish side.

They are not just similar because of the logistical failures of the immigration system; the migrants using the Moroccan border are from numerous African countries plagued by never-ending wars, famine and repressive governments. Many of whom, like Mexican and other Latin American migrants, are trying to create better lives for themselves and their families.

Additionally and obviously, there is a Syrian refugee crisis. I recently learned that Spain is taking in one percent of the Syrian refugees it told the EU it would admit.

Initially, I believed this was due to a struggling economy or the current lack of a Spanish government; however, Spain actually spends 40 million euros repairing border fences in the cities of Melilla and Ceuta, Spanish cities located on the African continent (essentially parts of Morocco). The locations of these cities make them ideal destinations for African immigrants hoping to escape to Europe, and because of this, cities require intense security to keep the migrants out.

The Spanish fear of African migrants has a long history, but now it’s causing conflicts for all immigrants across the landscape who are merely trying to survive and protect their families.

Such an over-exerted dedication to keeping immigrants out of a country, as opposed to fixing the problem, feels rather familiar.

Ultimately, my Moroccan excursion had me questioning the entire global system of immigration. If our borders allow us to create a sense of nationalism, yet are also directly leaving migrants without homes, what are they really good for? What is the purpose of a border?

Spain is obligated to take more Syrian refugees as part of EU agreements, but such an obligation is halted until the country can figure out its southern border and start spending money on reform and refugee assistance.

Spain’s immigration reform, much like that of the United States, is up to itself, and, like in the United States, until a solution is reached, migrants at all borders will continue to be displaced, left to wonder how a simple barbed wire fence and the desire for a fresh start could cause so much trouble.

So yes, despite everyone’s warnings about Morocco, I went anyway, and thank goodness I did. I found a country with beautiful people doing their best to create a successful life, and I hope when you all think about California’s immigration crisis, as well as the global immigration crisis, you can have a similar perspective.

A version of this story appeared on p.5 of the Thursday, October 6, 2016 print edition of the Daily Nexus.