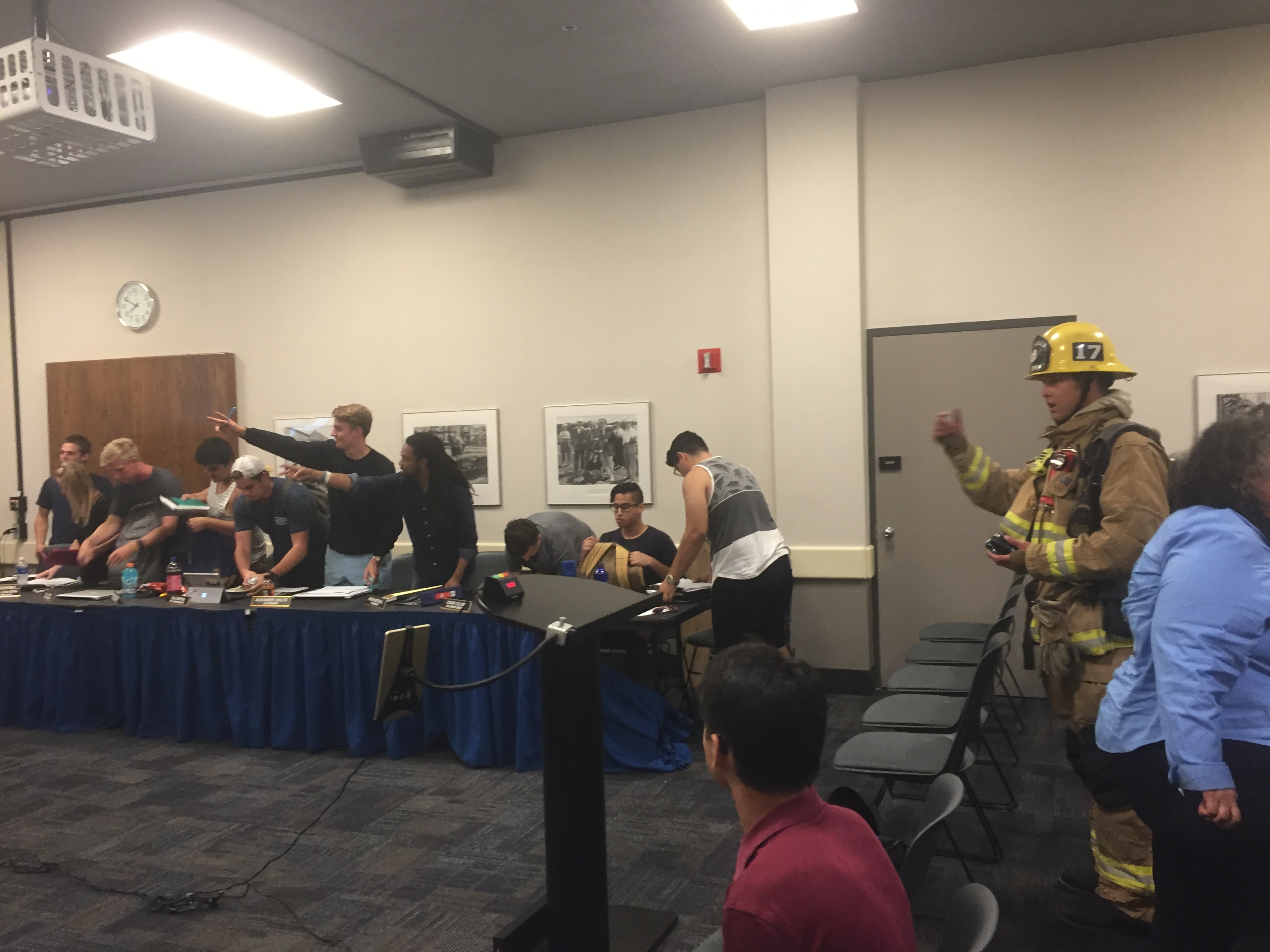 The Associated Students Senate meeting came to an abrupt end Wednesday when the Santa Barbara County Fire Department evacuated the UCen due to a reported gas leak, which ended up being a false alarm.

Firefighters in emergency response gear walked into Flying A Room as Marisela Marquez, the Associated Students (A.S.) executive director, was giving her weekly report before the Senate.

One of the firefighters stood next to her at the podium and told everyone to immediately leave the room, and senators quickly passed a motion to adjourn the meeting while gathering their belongings.

Marquez said she had notified UCen staff earlier that night about the strong smell of gas in the building. UCen staff said they called the fire department shortly after.

UCen staff said the fire department responded quickly but left shortly after concluding there was no gas leak or immediate threat. Staffers think the smell might have emanated from the UCSB Lagoon, which is directly behind the Flying A Room where the meeting is held each week.

A.S. executive officers were supposed to give weekly reports after Marquez, and External Vice President of Local Affairs (EVPLA) Ashcon Minoiefar was scheduled to present his new staff to the Senate.

Senate was also unable to discuss the eligibility of Senator Kou Collins, the opening of a transfer student senator position and the matter of what constitutes an excused absence for Senate meetings.

Senate was not able to approve the minutes, which Internal Vice President Natalie Jordan said is “never a good thing,” especially since Senate discussed finances earlier that night.