Having not won a game against Cal since 2004, the No. 7 UCSB men’s water polo team seemed eager to take the pool and try to knock off the No. 2 Golden Bears for the first time in over a decade. Despite an excellent four-goal performance from sophomore driver Boris Jovanovic, the Gauchos came up short, losing the match 13-9. 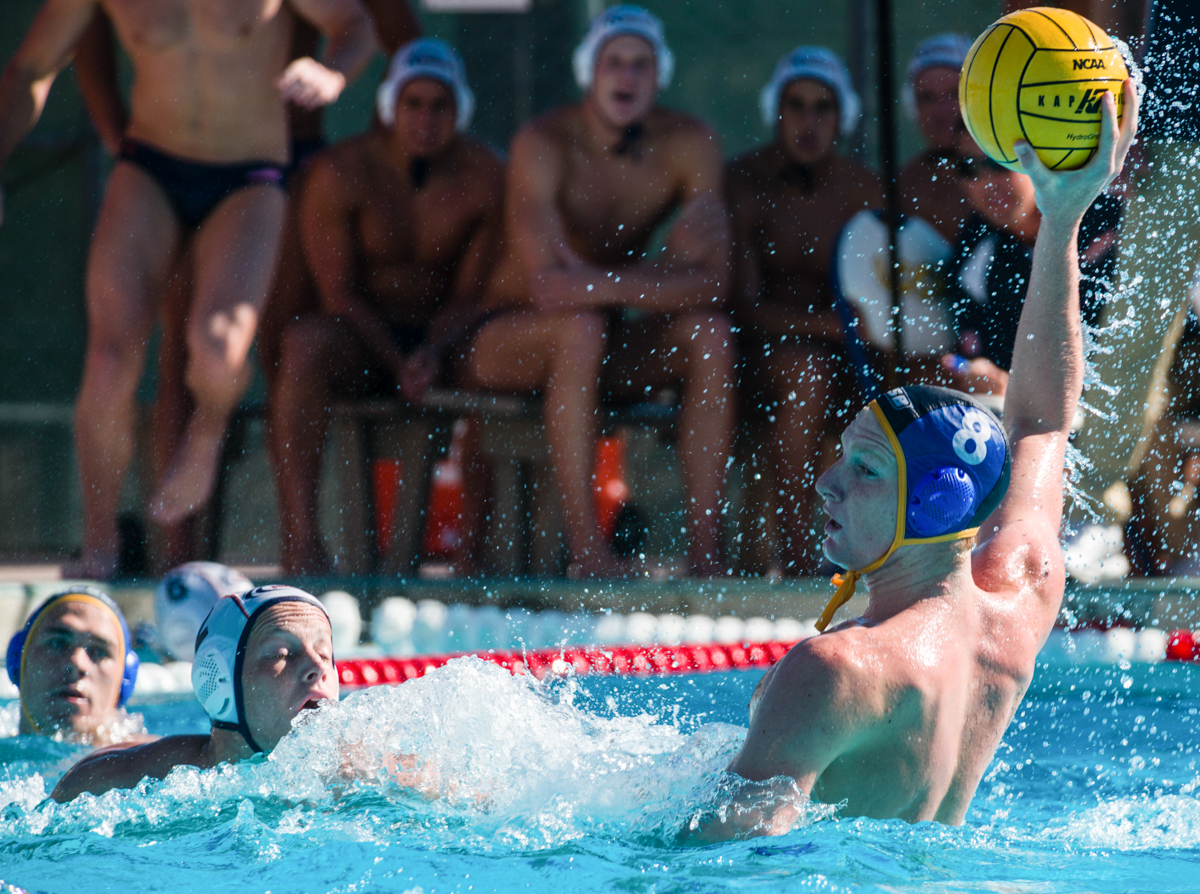 The loss drops Santa Barbara’s overall record to 7-4 on the season. Those four losses have been to teams ranked higher than them in the national polls. Cal, UCSB’s former MPSF rival, improves to 11-1 on the season, bouncing back after suffering its first loss of the season against No. 1 UCLA.

At first, the Gauchos seemed as though they would be blown out of the pool as Cal took a commanding 9-2 lead into the break. However, Santa Barbara fought its way back with a great second half effort that came up just short, leading to its fourth loss.

In the second frame the Golden Bears took complete control, scoring six goals while their goalkeeper Lazar Andric limited the Gauchos to one goal to take a 9-2 lead into the half.

Instead of giving up, UCSB put up a valiant effort in the third as Jovanovic’s two goals and goals by three different players cut into the huge Cal lead. The Golden Bears were able to put up two more tallies before the end of the third, making the score 11-7 headed into the fourth.

In the final frame Santa Barbara tried its best to continue the fast-paced play to win the match; however, it just had too much ground to make up and not enough time, which led to its 13-9 loss.

For most of the fourth, UCSB’s freshman goalkeeper Justyn Barrios limited Cal to just one goal, keeping his team in the game, but towards the end of the match Cal pushed a final insurance goal through, sealing the win.

Barrios split time in the cage with senior Liam Lenihan, who played the entire first half. Both goalkeepers had four saves in the game, but Lenihan allowed nine goals in the first half while Barrios limited the home team to only four goals throughout the entire second half.

This season, the argument could be made that the freshman has made a bigger impact while in the cage for UCSBthan has his older counterpart; however, it seems as though a decision has yet to be made as to the team’s starting goalkeeper. Lenihan has certainly played well, but has struggled in his last few matches.

Conference play begins this week for the Gauchos and all eyes will be on how impactful their move to the new Golden Coast Conference will be. Despite losing to Cal for yet another year, UCSB certainly played well, and if it can build off that, who’s to say the two teams can’t meet in the NCAA Championships with Santa Barbara finally scoring that sweet victory?

Santa Barbara’s next match kicks off conference play against Pepperdine on Thursday, Oct. 6 at 6:30 p.m.