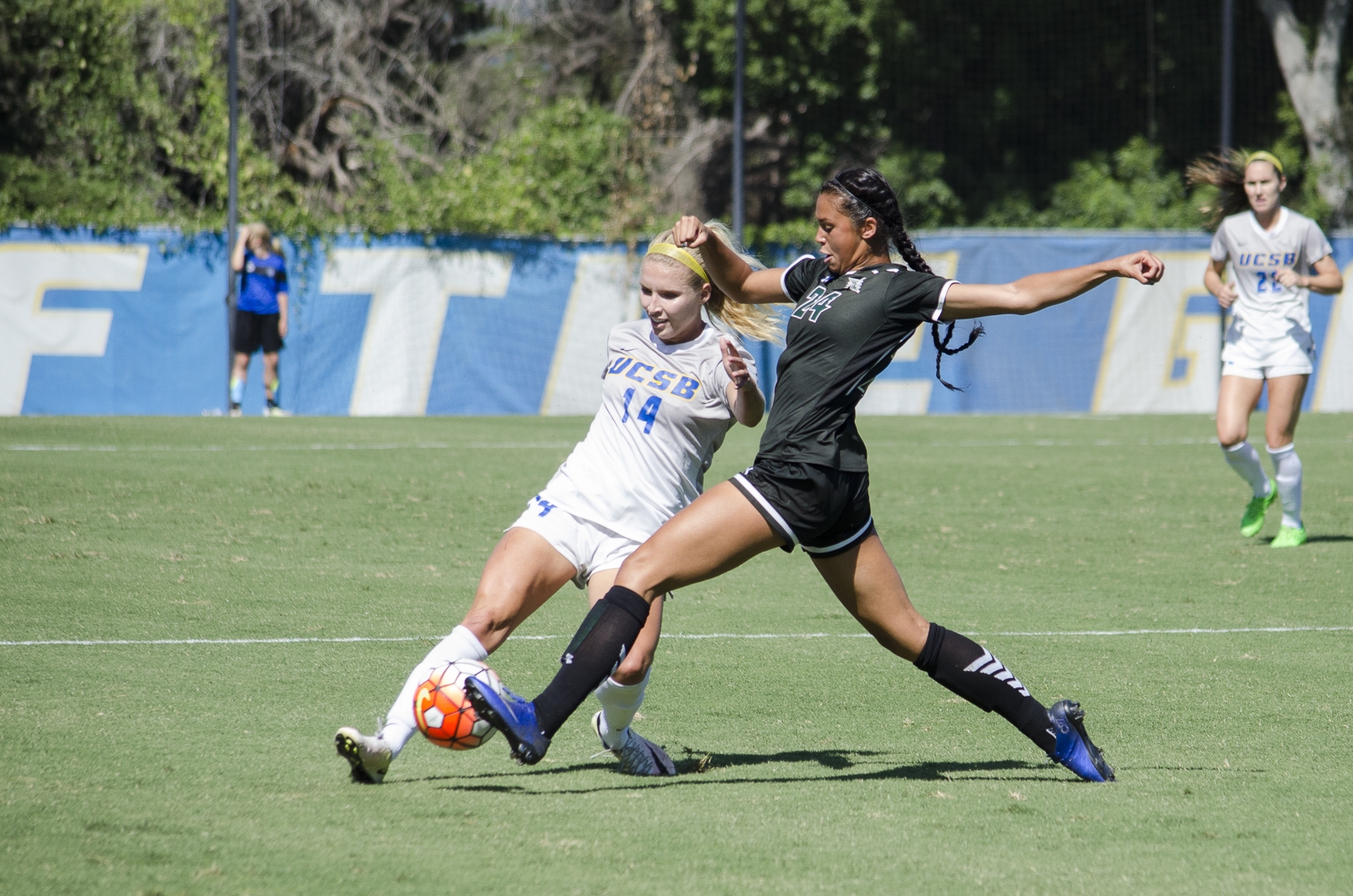 The incredible eight-game winning streak the Gauchos experienced earlier this season during non-conference play will be the ultimate motivation for UCSB as they now enter the most crucial time of the season.

Entering as the No. 1 team in the Big West standings prior to conference play, the Gauchos are under a lot of pressure to prove themselves as a top team.

Sunday’s game against Hawaii was another opportunity for the Gauchos to execute both defensively and offensively. UCSB acted quickly in the first half and put a goal up on the board only 1:37 into the game. The shot was set up by a corner kick from sophomore midfielder Madeline Gibson, who crossed it to the feet of junior forward Amanda Ball.

Ball, able to control the cross, then passed it to junior midfielder Kate Shoemaker, who finished the play with an easy tap to the net. The goal was Shoemaker’s first this season.

While UCSB was able to keep the count at 1-0 up until halftime, Hawaii saw multiple opportunities to score. About 40 minutes into the first half, Hawaii junior forward Sonest Furtado beat the Gaucho defense and went one-on-one with senior goalkeeper Jacq Caginia. Fortunately, Furtado’s shot went wide, just left of the goal.

Upon overcoming that close call in the last few minutes of the first half, the Gauchos used the halftime break to settle down and regroup. A little over 10 minutes into the second half, UCSB made it 2-0 when a foul was called on the Rainbow Wahine in the box, giving the Gauchos an indirect free kick from 14 yards out.

The free kick was taken by senior midfielder Dakota Griggs, who made the assist to sophomore midfielder Sydney Magnin for the second Gaucho goal of the game.

The latter segment of the second half took a turn for the worse as UCSB allowed two Hawaii goals. The first was from a corner kick by sophomore midfielder Raisa Strom-Okimoto, who crossed it toward the far post to the feet of freshman forward Tia Furuta.

Remaining patient, the Rainbow Wahine put together yet another goal just 15 minutes later in the 84th minute when Furuta connected a pass to a run by senior forward Addie Steiner, who penetrated the Gaucho defense to put the score at 2-2.

Unsatisfied with the score, sophomore midfielder Mallory Hromatko took charge for her team and powered toward the left side of the field to make a sharp pass to the center just yards in front of the goal box to Shoemaker, who was able to control the dart of a pass, and finish the play with an accurate shot on goal to score the game-winner.

The Gauchos’ cohesive teamwork against Hawaii was impressive, and will have to be on display in every conference game this season. While the Gauchos saw a few close calls that could have cost them the game, their ability to regroup and slow down the tempo of the game gave them an advantage.

If the Gauchos can continue to play at the same speed and with the same mindset, any team will have a hard time getting through.

The Gauchos will look to extend their winning streak next Thursday when they take on Cal State Northridge in Harder Stadium at 5:00 p.m.