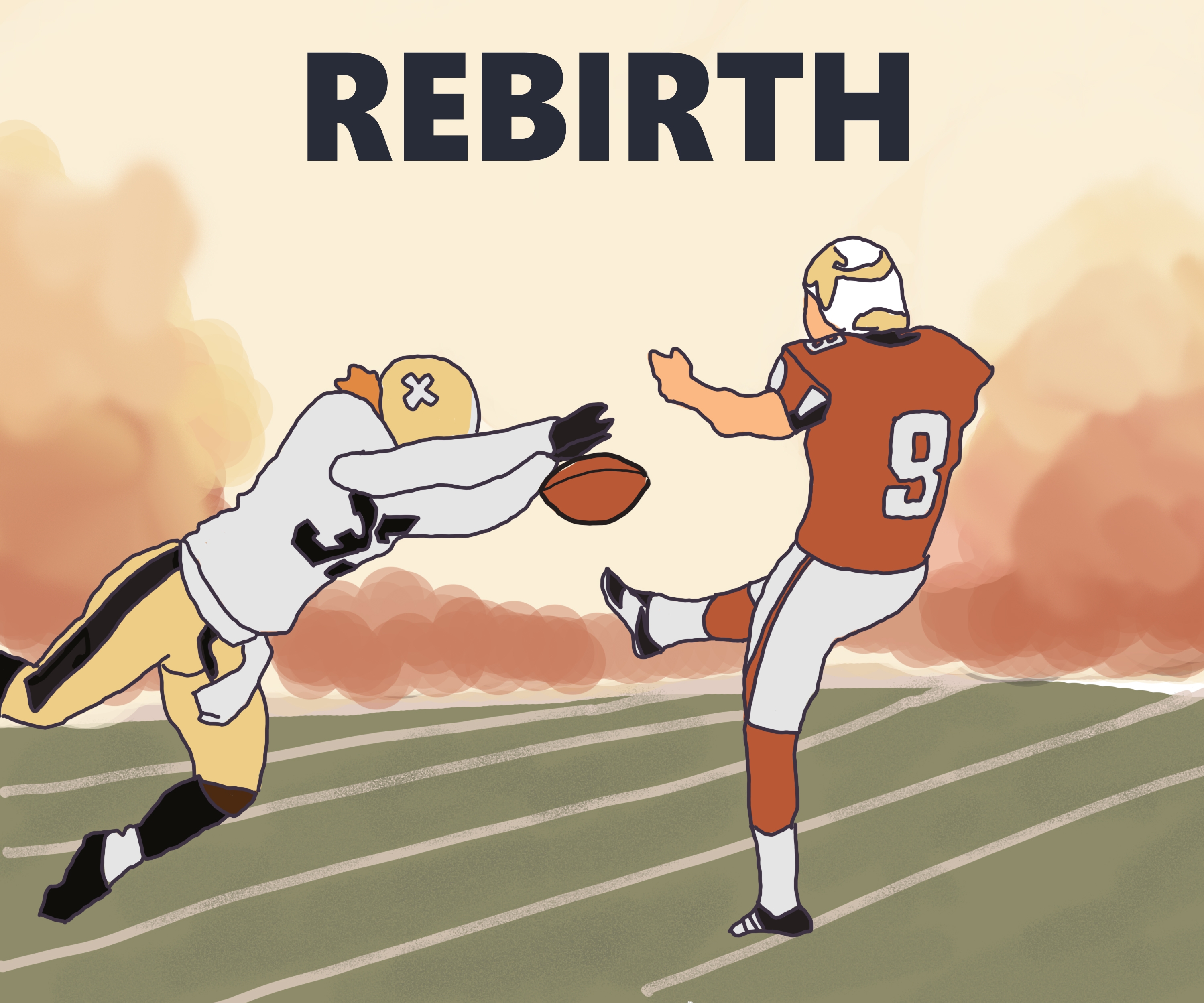 There are two days embedded into the culture of the beautiful city of New Orleans, Louisiana. The obvious one, to those native to the crescent city and even to those who aren’t, is the day Hurricane Katrina struck the city on Aug. 23, 2005, and completely destroyed people’s homes, families, livelihoods, and hope.

Due to the devastating hit the city took from Katrina, about 9,000 people took shelter in the New Orleans Superdome, home to the Saints, who had evacuated beforehand. A place once home to one of the worst franchises in all of sports now became home to people who had been through one of the worst catastrophes imaginable. Even worse, the lack of supplies was so bad many people were left starving and thirsty.

The state of the Superdome became extremely bad over the next few days due to the breakdown of hygiene, urinals, and plumbing, which left the smell inside the stadium horrible. The outside also went bad as the roof was peeling off and holes were starting to form.

Due to the state of the Superdome and the severity of the situation, the 2005 Saints played no home games in the dome and played in Baton Rouge Stadium or the Alamodome. Worst of all, their home opener was rescheduled to a Monday night “home” game against the Giants at The Meadowlands, home of the New York Giants. That’s right: The Saints’ “home opener” was scheduled to be played at their opponents’ home stadium, and there was nothing they could do about it.

As the 2005 season went on there were various reports that the owner, Tom Benson, and government officials in San Antonio were working behind the scenes concerning a possible permanent relocation for the Saints to San Antonio. The reports said Benson would get out of his contract by saying the Superdome was no longer adequate to house his team.

Fans were stunned. By this point they were just trying to get back into a normal lifestyle, and now the team they loved was being taken away from them. Make no mistake; although the Saints were a terrible team for many, many years, they were still loved by the city of New Orleans.

Many fans in Louisiana were angered and felt people in San Antonio were taking advantage of an already desolated city by stealing their franchise. Tensions ran so high that the New Orleans mayor Ray Nagin called Benson’s actions shameful to those who supported the team through about 40 losing seasons.

Thankfully, once all was said and done, the NFL stated that the Saints would stay in New Orleans and the Superdome would re-open its doors on Sept. 25, 2006, for a Monday night game against the Falcons. Fans were so happy to hear the Saints were staying, that for the first time in franchise history the team sold its entire home schedule to season ticket holders.

That’s where our second day comes in. The day most embedded into New Orleans culture, whether you are a sports fan or not. The day the crescent city was reborn.

Very rarely will there be another play that touches the hearts of people not even part of the sports world as much as the blocked punt by Steve Gleason, which was returned for a touchdown after a Falcons three-and-out on their opening drive, now dubbed “Rebirth.” To this day, people swear the Superdome was never as loud as during and after that magical play.

Those who doubt the importance of one play, especially one such as this, truly do not know the electricity that flowed through the city and their football team thanks to Rebirth. The Saints crushed the Falcons 23-3 that night and went on to have their best season in franchise history, finishing 10-6, clinching a first round bye and reaching their first ever NFC championship game.

While the Saints’ season in 2006 did not end with a Super Bowl championship, the pieces were set to make a run and eventually win the most coveted game. By comparison, New Orleans as a city was also recovering steadily, but it wasn’t ready to say it was fully back to normal only one year after such a horrible tragedy.

See, the thing about the Saints and their ties with their city is that as the football team started to become a winner, the crescent city was recovering. It was almost as though the city was lifted through the success of the Saints, which all came to fruition in 2009 when New Orleans was able to see their once loveable losers become champions of the football world.

When the Saints and Falcons re-took the field 10 years later this past Monday to celebrate the historic event, it really felt like everything had come full circle. Sure, the Saints are not a top team anymore, and, unfortunately, they did lose this past Monday 45-32, but the journey from that night and blocked punt in 2006 until now was truly a spectacle worth the price of admission.

Katrina was one of the worst things that could happen to any city anywhere in the world. It robbed people of many valuable things. But what the Saints and the citizens of New Orleans were able to embody is the ultimate form of resiliency. That’s what makes Rebirth not only special, but certainly worthy of the title given to that blocked punt on that night and worthy of the statue made in its honor.