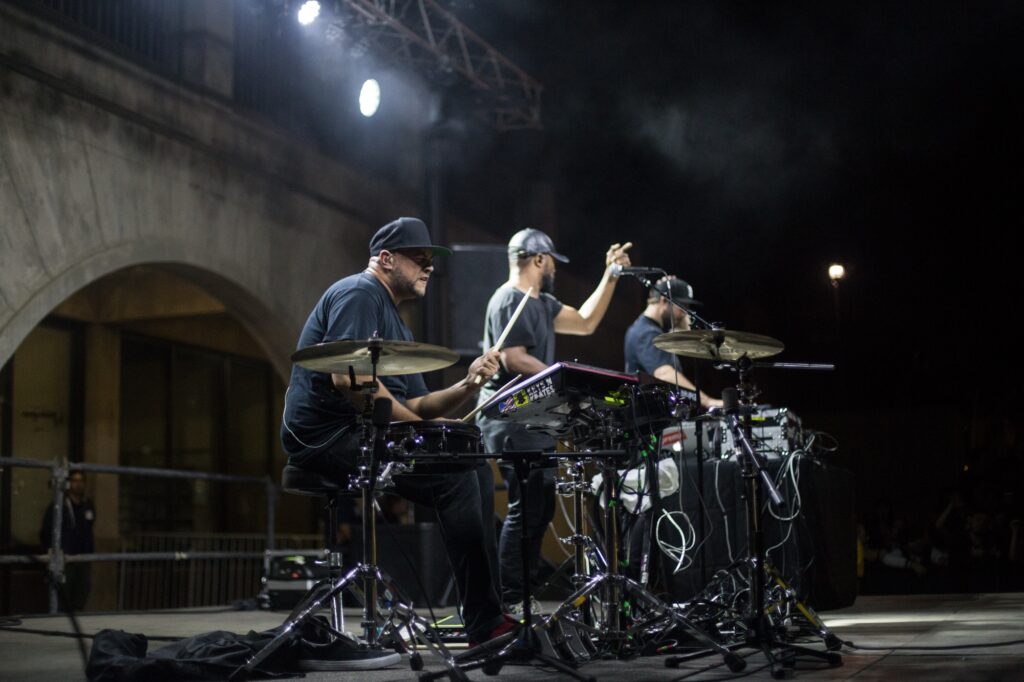 Speed-walkers rushed into Storke Plaza. One student was heard yelling, “Hurry up before we miss Underbelly!” in a desperate attempt to get his slow friends to hustle. The energy was palpable Saturday night as students hurried to AS Program Board’s Welcome Back Concert, eager to dance up a sweat to the trap beats of EDM group Keys N Krates.

Kicking off the show was UCSB’s own Underbelly. The hip-hop DJ, a student on campus, is a staple among local music. The opener has gained a following in the community both as a solo performer and as part of Azeem X Underbelly, a his collaboration with UCSB’s most famous flutist alumnus, Azeem Ward. (You can see their Nexus Batcave session here: dailynexus.com/2015-12-03/azeem-x-underbelly-batcave-sessions-season-premiere/.) The DJ did not disappoint, building up the crowd’s energy with his catchy beats and enthusiastic dance moves. His samples of hits, including Nicki Minaj’s “Feeling Myself” and “Bees in the Trap” had the audience singing right along with the recording, keeping the mood light and fun as students eagerly awaited the arrival of the night’s main act. 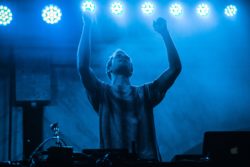 With Underbelly’s set coming to a close and setup beginning for the next set, echoes of “Nice to meet you!” and “Did you lose your friends, too?” floated through the crowd. More and more students — many of them brand new freshmen from the sounds of it — filled Storke Plaza. The Welcome Back Concert proved to be as much a social event as it was a live show, giving new and unfamiliar students a chance to get to know some of the names and faces that will be alongside them for the next four years.

Just as the crowd was getting antsy from waiting — idle chit-chat and nervous small talk fading into the background — a blaring boom from the speakers set the audience alight with cheers, signaling the entrance of the main act, trap trio Keys N Krates. The Toronto natives opened their set with infectious clapping beats that concertgoers — even if they ended up a little off rhythm — did their best to match.

The trap group — consisting of keyboardist David Matisse, drummer Adam Tune and Jr. Flo on the turntables — made what could have been a lot of uncomfortable swaying and standing around a solid dance party. The crowd drew in close as the set got going, eager to get as close to the stage as possible. The performance was marked with hard-hitting beats and satisfying drops, practically daring the audience to find a way not to dance along. Playing a combination of original samples and well recognized tunes, the trio delivered with crowd favorites such as Travis Scott’s “Antidote” (played appropriately “at the night show”), as well as one of the group’s most popular original tracks, the guaranteed-to-get-stuck-in-your-head “Dum Dee Dum,” both of which garnered loud cheers and smooth moves from the crowd (as well as a, “Please tell me I didn’t miss ‘Dum Dee Dum’ ’cause that’s what I came to see!” from a girl standing nearby). 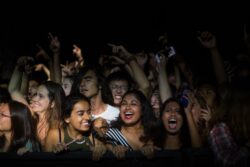 As the set began winding down to a close, the crowd gradually thinned out with those remaining focusing less on recognizing familiar songs and more on finding a beat to dance to. Although the EDM group brought a fun experience, toward the end of the performance, the familiar pattern of claps and then drops grew repetitive, verging on losing the audience’s attention. The set could have used more variety in sound, but the trio gave students a night of upbeat music to socialize and dance along to.

If you’d like to hear more from Keys N Krates, check out their newest EP, Midnight Mass. You can find more of Underbelly’s music, including his 2016 release, Ripple, on SoundCloud.

[Correction: An earlier version of this article failed to include that the Associated Student Program Board organized the the concert. The article has been updated accordingly.]