The Daily Nexus
The Brew Review
The Cider Series: Return of the Fermentalist
September 21, 2016 at 12:30 am by Simone Dupuy 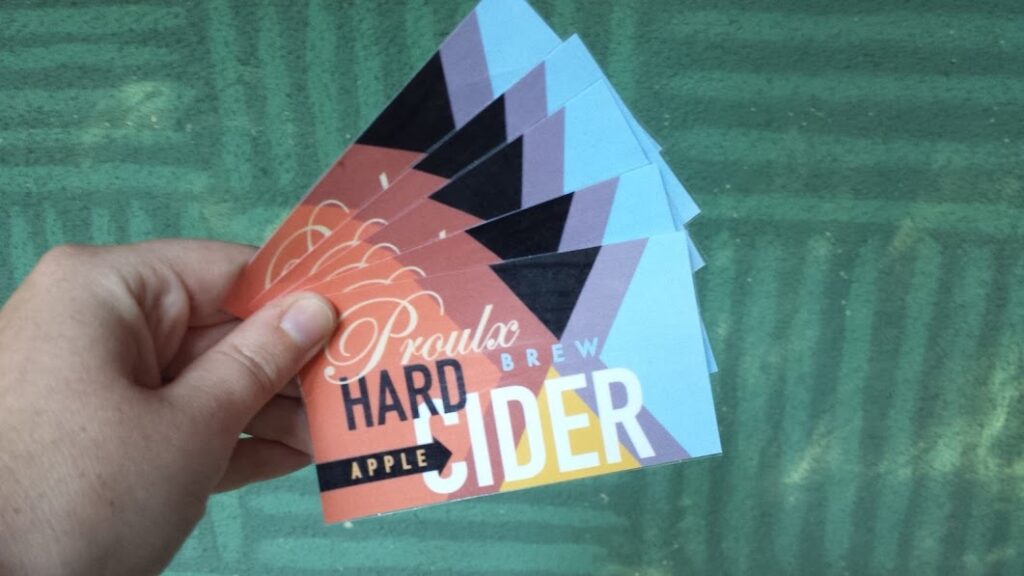 Some of you may know a mentalist to be a magician or psychic with extraordinary mental capabilities. Some of you may jump straight to CBS’s “The Mentalist.” But now, you will always think of homebrewed alcoholic beverages as I, the Fermentalist, guide you yet again through countless feats in experimental microbiology, bromatology and a little mixology.

It has been quite a while since the third installment of The Cider Series, so get ready for more than you bargained for:

This most recent addition to the family is super duper organic, if you’re into that. Using lemons from the backyard and simple syrup flavored with herbs from the front yard, this basil mint lemonade is definitely locally sourced. The pre-fermented product was delicious, but that wasn’t really a concern of mine. I, the Fermentalist, in all my wisdom knew the yeast may have a hard time living in such an acidic environment. In a medium as harsh as this, the microorganisms are likely to sporulate, or enter a protective state in which they are dormant, halting reproduction and, more importantly, fermentation. I scrounged the internet for the advice of other hard lemonade brewers, but it seemed no one had made any not from concentrate. I added a bit of concentrate to my own mixture to spike the alcohol content, but I was still afraid the high amount of citric acid from the fresh lemons would kill my lees (leftover yeast, in this case from the Cherry Bomb).

With nothing to lose (except a gallon of lemonade), I dumped in my mixture and hoped for the best. My heart sank when, the next day, the fermentation tube yielded no bubbles. I was too lazy to dump it out, though, and maybe, just maybe, there was still hope for my yeast. And oh joy, oh joy, there was! A few days later, I could see the yeast eating up the sugar and farting away in their jug.

Weeks later, it was time to bottle, but not before a preliminary taste test. Because the lees I used was a deep red from the cherry juice it had previously been submerged in, the lemonade turned out a striking pink color. So I guess it’s pink lemonade sans strawberry flavor now. In any case, the fermented lemonade was the best tasting brew produced this summer; on this my whole family could agree. Although it certainly needed some sweetener added, and it retained none of the basil or mint flavors, I had to fight off my father to bottle it up for carbonation. I have high hopes for the Proulx Brew: Pink Lemonade. 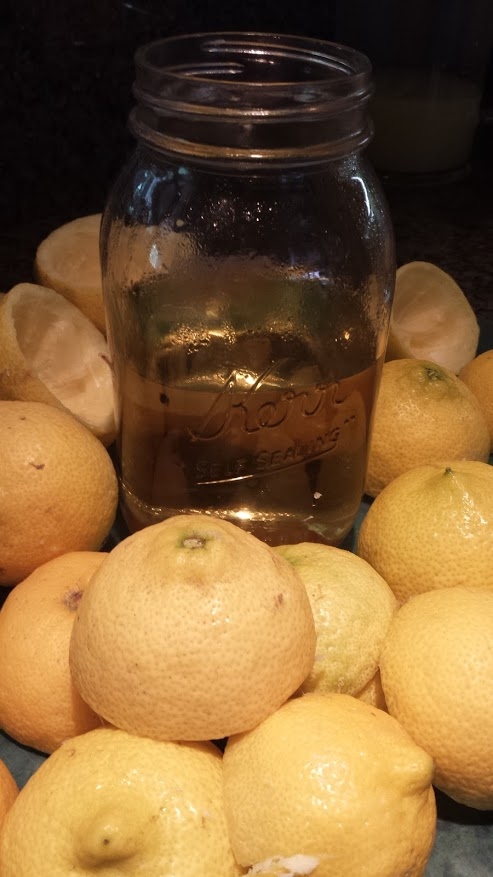 When we last left off, this cider “tasted like ass” in the words of my dear brother. Still, after a healthy dose of sweetener and a few weeks in bottles to carbonate, I had … well, no, I still had pretty much no hope for this batch. Regardless, I popped open a bottle a few weeks later to a loud tttsss, which was promising, poured out a glass and tasted absolutely flat cider that no longer tasted like ass but also didn’t taste particularly good. This didn’t seem right. I could see the bubbles rising in the cider’s flip-top pint, but absolutely none in my glass. I vowed to add more dextrose to my next batch so the carbonation wouldn’t be so delicate. In the taste department, the cider had no abrasive, alcoholic bite and it was both sweet and tart, but there was something off-putting about it, and it wasn’t just the lack of carbonation. It was the smell. Yeasty. Almost kombucha-esque. And the passably decent flavor was not enough to make it worth drinking.

There was, however, a solution. This was still basically alcoholic juice, right? And what’s a better mixer than regular juice? You guessed it! Alcohol juice! A little bourbon and twist of lime topped off with some sparkling water doctored this brew right up. When used as a mixer, the cider acted more like sweet-and-sour, perfect for cocktails … cockt-ales, if you will. Thus, the Fermentalist’s outstanding mental capacity allows her to utilize this so-thought lost cause. You’re welcome, America.

After weeks in secondary fermentation and then in bottles getting fizz-ical, it was time to taste this brew as well. The only real differences between this apple cider and the Thomasson Oak edition were the types of yeast used (the former a wild oak yeast, the latter a wine yeast), the added apple extract to the Canyonside brew and the teensy bit of extra dextrose added to this batch in the hopes of more successful carbonation. Oh, and this time around, I used commercial-style bottles and a capper. The resulting cider was, sadly, lacking in carbonation. One might liken it to day-old soda. However, the flavor was certainly better. This brew was more apple-y, a little sweeter and didn’t have as much of that unfortunate yeasty aroma. If someone handed this to me at a kickback, I probably wouldn’t question it, but if someone handed me this and an 805, I’d down the Firestone. The Fermentalist is good, but not that good.

Last and kind of least, Cherry Bomb. Weeks ago, I made the idiotic mistake of not tasting    the cider before bottling it, something I realised promptly after capping the last bottle. Needless to say, my expectations were low for this brew on tasting day. Surprisingly, it wasn’t awful aside from the fact that it had practically failed to carbonate at all. It definitely could have used some sweetener before bottling, but the finished product was tart and a tiny bit bitter with a cherry-pie-esque finish.

Although it was better than expected, it was still a bit much to drink straight up, so it was to the bar with this. Added to a vodka tonic, the Cherry Bomb became a cranberry juice impersonator: deliciously refreshing. Although I wouldn’t bomb a Cherry Bomb on its own, this is definitely something I’d like to keep in my cabinet for exactly this purpose.

Be sure to check in for the final installment of The Cider Series in a couple weeks when the lemonade is done, and check out the Fermentalist’s casa for a homemade rager come Welcome Week.