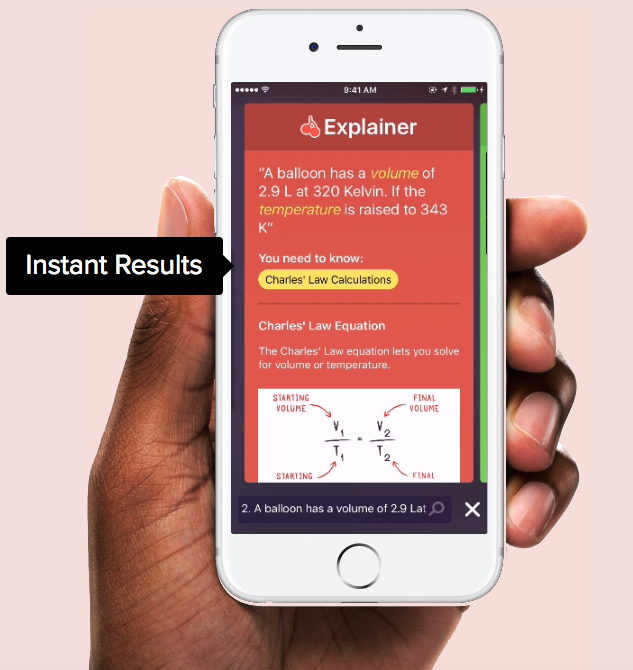 Socratic, a website dedicated to being an “open resource” to help students learn, launched an application this year which turns one’s smartphone into a digital tutor, prompting users to take a photo of the problem that has them stumped and explaining the appropriate concepts needed to solve it.

A team of teachers hired by Socratic, who manually identify all the concepts related to the questions students submit, received over two million questions from 200,000 unique students in 2016. Starting with chemistry, the app now provides homework support for both S.T.E.M. and the humanities, including economics, history, English, biology, earth science, astronomy and chemistry, with environmental science and astrophysics currently in beta testing.

“Our classifier is resilient to typos, missing words and new variations on questions. Once the classifier was built for chemistry, we set out to replicate it for other subjects,” co-developer of the app Shreyans Bhansali said.

Bhansali, an early employee at Venmo, and Christopher Pedregal, who originally worked at Google, left their respective companies and in 2013 launched socratic.org.

“[Most tools] search for similar questions and words, and lack an understanding of underlying concepts,” Bhansali said. “With the help of expert educators and millions of sample questions, we’ve trained a computer to recognize those underlying concepts, allowing us to scale a core part of the tutoring experience.” 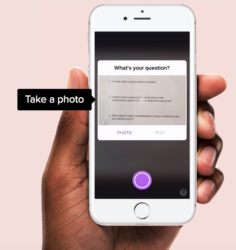 The original website led to the creation of the app, with the goal being that a user could go from a specific question to concepts that help answer that question, otherwise known as machine learning classifier.

According to Bhansali, for a classifier to work it needs two things: a list of all possible concepts a question might be associated with, and a large set of questions with associated concepts to train and test the classifier.

Lacking the right data, Bhansali and Pedregal had to build their own data set, and launched a stealth beta app very similar to Socratic over a year ago.

“[The app] allowed users to take photos of homework questions and did a simple web search for their question. Called ‘Homework Genius,’ this beta app was meant to be a source of real homework questions from students,” Bhansali said.

The beta label was removed once a group of educators regularly began writing high-quality answers, according to Bhansali.

The Socratic team plans on expanding its subjects into math and history and then moving on to topics applicable for middle school and college-level students, as the majority of subjects offered through the app currently appeal more toward high school students.

“Beyond that, there are many opportunities to add other kinds of services into the app — either connecting students with live tutors when they need extra help, or showing related problems and quizzes to help practice before a test,” Bhansali said.

By combining artificial intelligence (AI) tools for computer vision and classifying content by concepts, the Socratic team believes to have created an educational tool that will improve the process of learning over the internet. Photo courtesy of socratic.org.