The Daily Nexus
Sports Blogs
Rebuilt Teams Look to Contend for Eastern Crown
July 25, 2016 at 6:00 am by Liam Bailey

With Cleveland keeping most of their team in tact it seems as though dominating the East will be a forgone conclusion yet again this season and what awaits us is yet another Warriors-Cavs NBA Finals matchup, barring any massive injuries. Despite the decreased parity, a busy offseason still adds a great deal of intrigue to the upcoming season.

Under this goliath, many teams made transactions that will paint a vastly different NBA picture in 2016-17 and beyond. Below are two teams that particularly piqued interest around the league.

Behind the 76ers and maybe the Lakers, no team was more maligned last season than the Nets who had mortgaged their future for a bottom-three squad. Previous general manager Billy King, who was fired midway through last season, showed no interest in moving Brook Lopez or Thaddeus Young for draft picks or younger, higher-ceiling players. 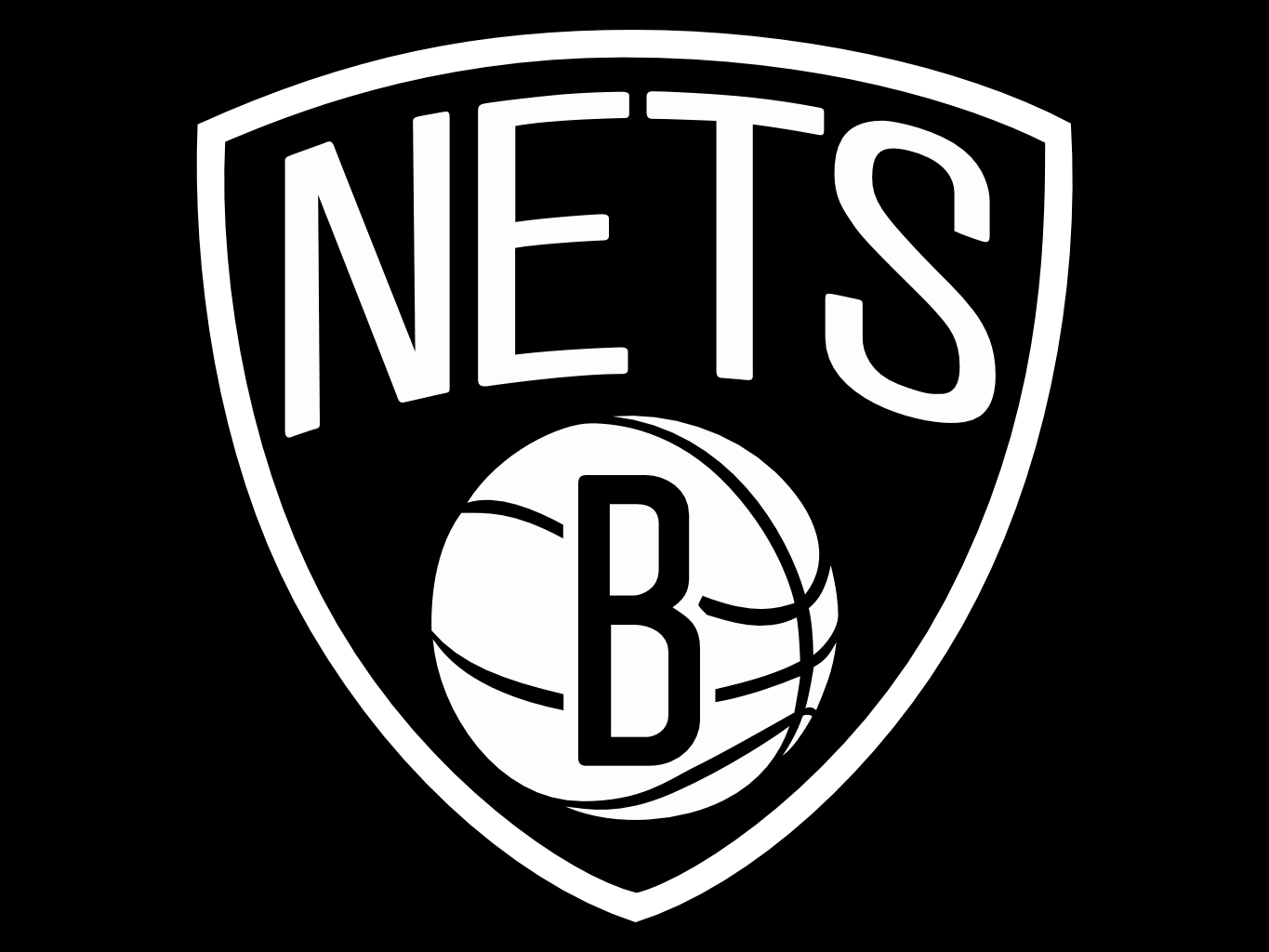 The Nets look to threaten the Cavs out East with the addition of a couple of key players. Photo Courtesy of NBA.com.

Enter Sean Marks, a San Antonio Spurs prodigy trained in what many dubs as the most consistent NBA organization, and suddenly the Nets are acting as if returned to the realm of reality.

Their offseason mini-fireworks began with trading Young to the Indiana Pacers for the opportunity to return to the draft’s first round with the 20th overall pick. Marks added a lottery ticket at the shooting guard position in Caris LeVert, who showed the ability to score in bunches in his four years at Michigan.

Though the lower body injuries that cut short his final two seasons are a concern, LeVert shot over 40 percent from three on over four attempts per game from his sophomore season onward.

That shooting ability was paralleled by improvements in each of his four years in assists per game and assist percentage (an estimate of the number of teammate field goals assisted by a player while on the floor), the latter reaching 33 percent in his final season.

With Rondae Hollis-Jefferson establishing himself as a defensive menace and an athletic marvel in his rookie campaign, the Nets are in need of someone at either the shooting guard or small forward to make up for his poor offensive game outside the paint.

Enter LeVert, who should be able to grow with Hollis-Jefferson, cover up his shooting woes and allow the Arizona product to work off-ball cuts to his preferred areas more often as a result of potentially advanced playmaking at both guard positions.

With the Boston Celtics receiving their first round pick in each of the next two seasons, adding LeVert gave the team another possible young building block.

Speaking of guards, Sean Marks was able to acquire Jeremy Lin on a steal of a contract at three years, $36 million.

Possibly eager to reunite with new the Nets coach Kenny Atkinson, a developmental wizard who was an assistant with the Knicks during Lin’s initial breakout, Lin took what seemed below his market value at an average of $12 million per season. Maybe the Nets were the only ones offering a starting job, but getting Lin for the next three years will give the Nets a competent starting point guard who could easily shift to a backup role if need be.

Lin has shown the ability, both in Los Angeles and in Charlotte last year, to run an excellent pick-and-roll, with the speed to get downhill into the paint quickly and a strong shooting stroke both off the dribble and catch. He isn’t starting for a championship contender, but he fills the biggest hole on the Nets’ roster and gives them a reliable go-to play with a Brook-Lin pick-and-roll that will be difficult to stop in the regular season. 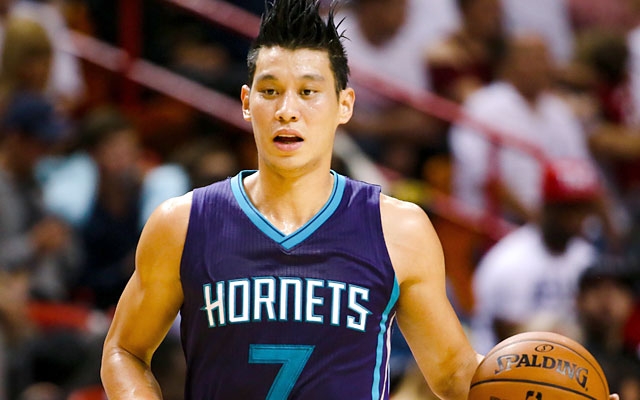 After snatching Trevor Booker for two years and $18.5 million, along with Justin Hamilton for two years and $6 million, to add short-term depth and experience to a thin frontcourt, Marks turned to the restricted market and began ponying up huge offers for other teams’ young assets with his financial flexibility. Tyler Johnson and Allen Crabbe both received huge paydays with four-year contracts for $50 and $75 million, respectively.

Though both offers were matched by Miami and Portland respectively, the two bloated contracts will limit the future possibilities for both franchises. In Miami, Johnson’s contract will count for just under $6 million against the cap during his first two seasons, before tripling in cost for the final two.

Though Miami hopes it can hit big on free agency during those first two years, paying Johnson, Whiteside and Goran Dragic close to $70 million in 2019-20 will constrict those desires.

Crabbe will earn around $18 million per season, slightly more than the recently signed Evan Turner. Crabb is probably best served as a backup shooting guard, playing alongside either Lillard or McCollum while the other rests, though this is a ton of money for that service.

Regardless, the Blazers have over $45 million invested in two players who harbor sufficient liabilities (defense for Crabbe, lack of outside shooting for Turner) to make both best suited for reserve roles.

The Blazers hold few options moving forward, and with an extension for CJ McCollum uprising, they will likely be stuck with some iteration of this roster for the foreseeable future. Thanks to Marks’ aggressive moves, the Nets hamstrung two of the more dangerous teams in the league; Portland fresh off an impressive showing against the Warriors, and the Heat who are always a threat for a league-altering splash.

The Celtics Get Their Man

Boston was finally able to lure a free agent to what has been a malaise of mediocre young talent and promises of a not-so-distant contender. Constantly propped up by the coaching of Brad Stevens, this odd collection of players was able to cobble together 48 wins in 2015-16, but clearly needed more offensive firepower apart from Isaiah Thomas in the playoffs.

Al Horford should perfectly complement this team, and vice versa; Jae Crowder will be an upgrade defensively from anyone who played small forward recently for the Hawks, likewise for Avery Bradley and Marcus Smart as point-of-attack stoppers who far exceed Dennis Schröder and Jeff Teague in that capacity.’ 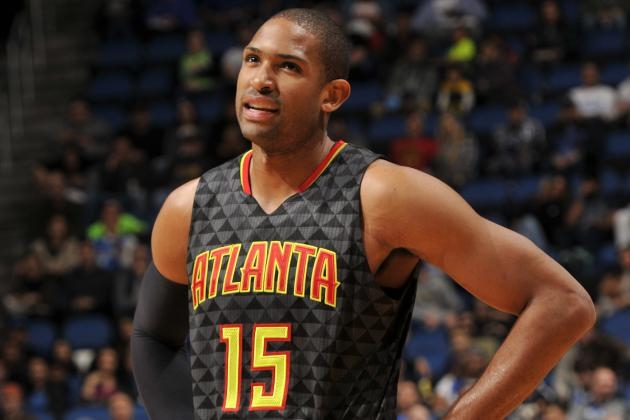 Though Paul Millsap is certainly a better power forward than any such player the Celtics can offer, Amir Johnson will provide Horford the ability to spend more time at the four, possibly advantageous for the team’s overall rebounding (Atlanta led only Philadelphia in total rebound percentage last season) and rim-protection. Kelly Olynyk and Jonas Jerebko are also far superior three-point shooters to Millsap, offering Horford more space to operate during their shared time on the court.

In the draft, the team reached for Jaylen Brown, impressed with his athleticism, ability to drive to the rim and seemingly high character. Though Dragan Bender, Kris Dunn and even Jamal Murray offered a higher floor than Brown, who held some of the worst statistical translations for such a high pick in recent history (Kevin Pelton), none shared Brown’s hydra-like ceiling on the wing, able to tenaciously defend four positions and get to the rack at will.

The Cal product certainly struggles to fulfill that potential, however, as defensively his body is far more NBA-ready than his mind, and on the offensive end, his impressive drives end with missed lay-ups more often than made ones, and his passing ability is inconsistent. The flashes of a great player are there, and the Celtics are certainly a team with the flexibility to bring him along slowly, but it’s not difficult to see his career being a substantial disappointment.

Ainge spent his next-to-first rounders on Guerschon Yabusele, a 20-year-old power forward from France who looked like an absolute tank in summer league and may come over this season, and Ante Zizic, a 19-year-old Croation center with vociferous energy who will stay abroad for at least one more year. Yabusele offers physicality and playmaking in a 270-pound package, and though he’ll require a ton of coaching on defense, it’s easy to picture him making a contribution in the NBA.

The young supporting cast is perfect for Horford, as his post-30 career will be aided by a roster that mostly shares a positive age curve. Boston is still in need of another star, and for either Marcus Smart, Jaylen Brown or one of the other draftees to show some serious juice.

In an offseason where Celtics established themselves in the wrung below the Cavaliers out East, however, the move is a welcomed development for a franchise that was treading water, and can now consider itself a conference finals contender.