The Daily Nexus
Sports Blogs
Farewell to the Big Fundamental
July 12, 2016 at 2:00 pm by Jorge Mercado

One of the most commonly used lines in sports, and in life, is that Father Time is undefeated. No player, no matter the sport, can keep on playing forever. This harsh reality sets in for everyone at some point whether you’re the best player of all time or simply a cog in the machinery.

It was hard to see Michael Jordan go, and it was hard to see Kobe Bryant go. And now, unfortunately, we say goodbye to the great Tim Duncan who has decided to retire from the NBA at the age of 40. 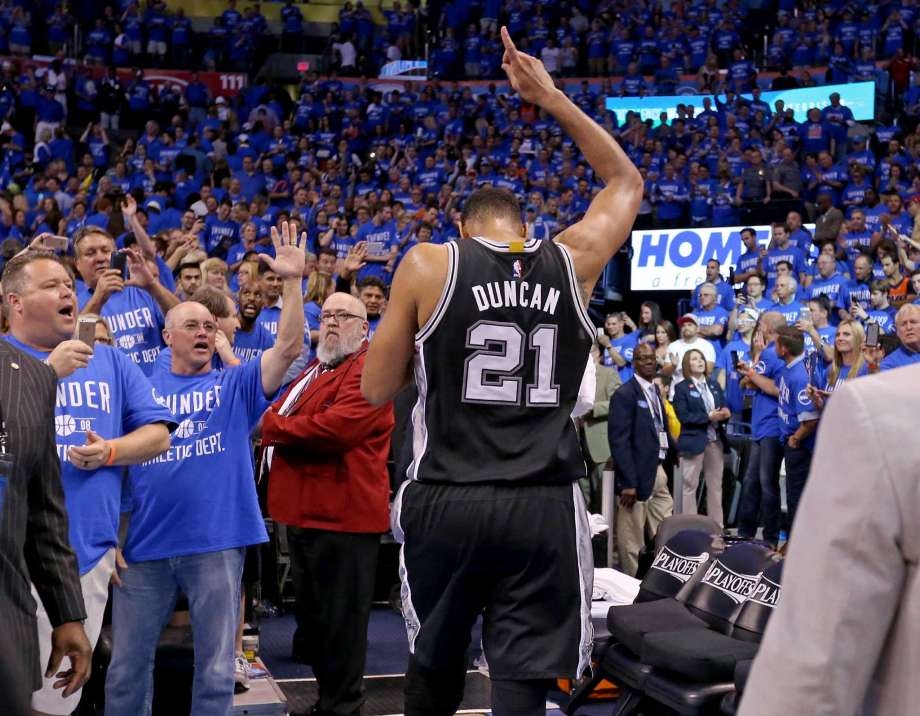 When it comes to talking about legacy, there isn’t much more that I can contribute to the conversation that has not already been said. We all know the greatness of Duncan. We know about the five rings, three Finals MVPs, 15 all-star appearances, two league MVP awards and so on.

Because of such a decorated and honored career most people, including myself, can also come to the conclusion that Duncan is the greatest power forward to ever live.

He was the star of a team that, for 19 years, displayed constant greatness year in and year out. The Spurs never missed a playoff series during his 19-year career and have maintained a winning percentage never less than .610. Duncan is also only one of two players in NBA history to win an NBA title in three different decades (the ’90s, ’00s, ’10s).

What makes Duncan a true superstar is the fact that he never acted like or was treated like one. He never caused controversy — except for when it came to his disdain over his favorite referee, Joey Crawford — and never wanted to be in the spotlight.

Duncan wasn’t “sexy” like these other superstars. I mean, seriously, what’s sexy about the nickname “The Big Fundamental.” It’s no “King James” and it certainly is no “Black Mamba,” but it’s representative of him, and that’s what makes it special.

There was only one thing he cared about: winning. And in this day and age in which loyalty has become overrated and players are constantly seeking a bigger market to expand their brand, it’s refreshing to know that there was a player who truly looked beyond superficiality and simply wanted to play the sport he loves with his beloved teammates, coaches, and city.

While Kobe Bryant had to make his exit from the NBA known to the world by jacking up 50 shots and scoring 60 points — that’s why we love you, Kobe — it was fitting that Duncan’s way of leaving was to make a quiet exit toward stage right.

As a Clipper fan, I know Duncan will always have a special place in my heart, seeing as how he constantly used to rip it out in the pre-Chris Paul days. From 2003-2010, the Spurs and The Big Fundamental beat the Clippers in 26 of 27 match-ups including an 18-game winning streak from 2006-2010.

It’s hard being a Clipper fan — trust me, I can attest — but it’s only made harder when there’s one team and one guy in particular who continually beat your team quite handily. 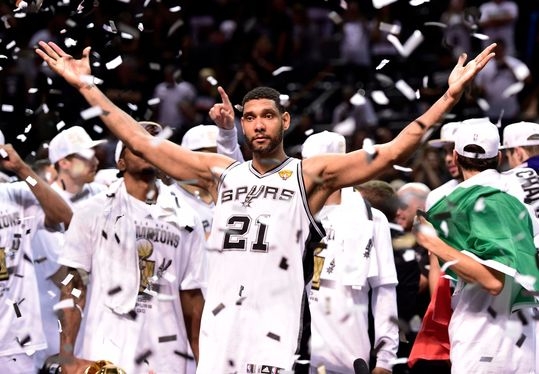 And that is why when the Clippers beat the Spurs in that playoff series in 2015 and Chris Paul made that game-winning shot in game seven over Duncan, my life as an NBA fan was, in a way, complete.

I know it’s not the same as winning a championship — and believe me, the next round is still painful to talk about to this day — but finally seeing the team I love to get over the hump against the team I despised most was truly satisfying.

My hate for Duncan was simply out of respect for the man and his craft. I hated that he wasn’t a Clipper, winning all those games and championships for us, but I loved the man he was on the court and respected the man off of it.

Watching Duncan lose that series against the Clippers was like seeing my favorite cartoon hero defeat his enemy for the first time. And yet, watching Duncan retire is like watching the final episode of that cartoon; it really feels like my childhood is over.

I guess that’s why No. 21’s decision to retire really gets me at an emotional level. But as the other constantly heard cliché goes, all good things must come to an end. Just like every great player that has walked away from the game during my lifetime, I’ll get over it. But I’ll never forget the greatness that is known as Tim Duncan aka the Big Fundamental.

Thanks for the memories, Tim, and I can’t wait to watch that Hall of Fame induction speech in 2021.