One of the best feel-good stories of the College World Series is, of course, the UCSB baseball team making an appearance in the tournament for the first time in program history after knocking off Louisville in the Super Regional thanks to a pair of close victories.

The Gauchos start their run towards hoisting a national championship against Oklahoma State, who, like UCSB, swept South Carolina in the Super Regional despite being the lower seed and the away team. 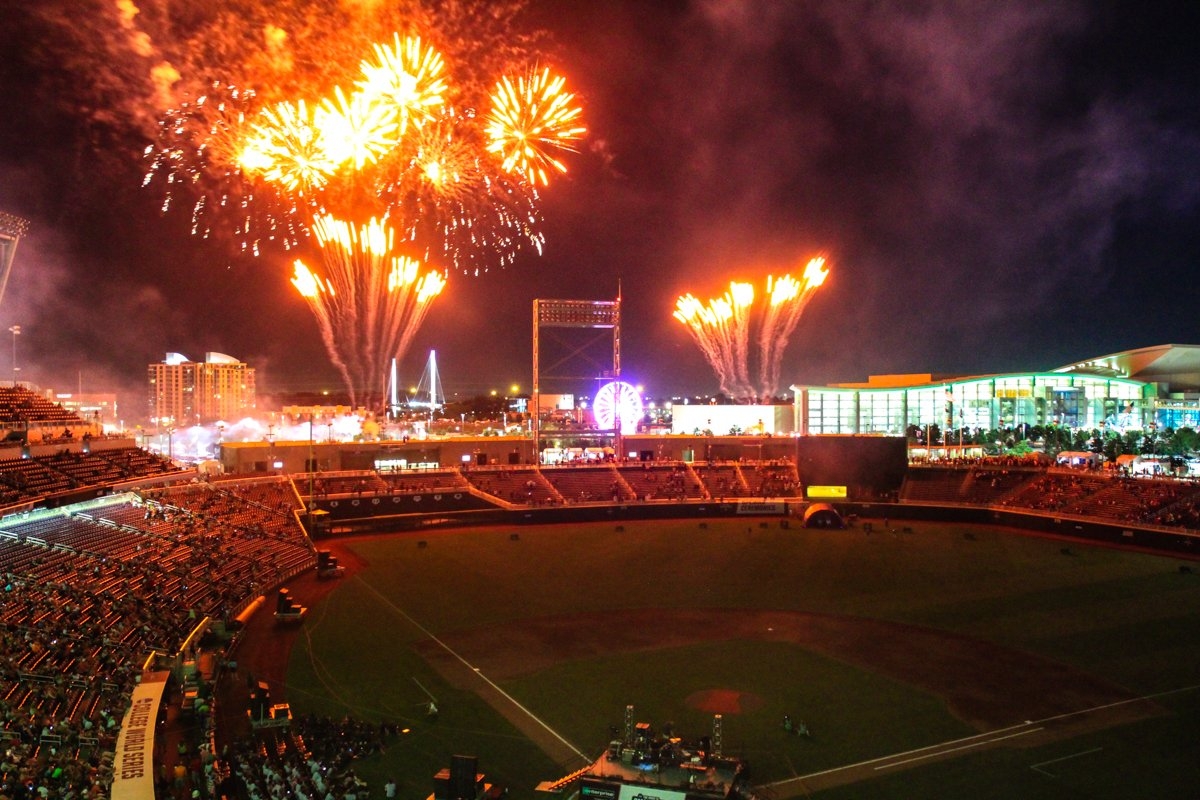 2016 Opening Ceremonies at Omaha, site of the College World Series. / Photo Courtesy of @NCAACWS on Twitter

Santa Barbara will take the field boasting a 42-18-1 overall record and a perfect postseason run so far at 5-0. Any win the Gauchos get this weekend will improve their record of most wins against Division 1 opponents in a single season, which is currently at 42. The Cowboys are in a similar situation, currently over the 40-win mark at 41-20 as well as winning all five of their postseason games thus far.

These two programs have only played once in their respective history.  The winner was Oklahoma State by a final tally of 7-2 in the 1990 Arizona State Regionals.

Seeing as how that game was so long ago its clear these two teams have no bad blood or much familiarity with each other makes their second match-up in school history that much more interesting.

Part of the reason Oklahoma State was able to beat some of the more difficult teams in its Regional schedule is because it was on a roll on both sides of the field. In the five games the Cowboys have played this postseason, they have outscored their opponents 35-6 with no team scoring more than two runs in a single game.

The Cowboys pitching staff has combined to compile a solid 1.00 ERA, the best of the eight teams taking the field in Omaha this weekend. Oklahoma State also boasts the best batting average of any team in the College World Series (.339).

Hatch, the pitcher the Gauchos will most likely face on Saturday, has been the most dominant as he has not allowed a single run in his two postseason games — 14 innings combined — while striking out 13 batters.

Senior Conor Costello leads the hitting front for the Cowboys, batting .550 (11-20) at the plate with two home runs, seven RBI, and a 1.000 slugging percentage. His batting average ranked second in NCAA Regional play while his 11 hits ranked fourth.

Although Oklahoma State looks loaded, this is not the first time UCSB is taking on a team the looks better than they do on paper. Knocking off Louisville was one of the biggest feats in program history as it took down the No. 2 team in the country at its home stadium and beat one of the best closers in the country in Zack Burdi in walk-off fashion.

If there is one thing these Gauchos don’t do, it’s back down from competition. Not to mention they also have their own studs taking the field at Omaha.

Athletes like sophomore Clay Fisher and redshirt sophomore JJ Muno have made incredible contributions on defense and offense, with both earning Top 10 plays on SportsCenter for defensive gems.

Fisher is currently batting .435 (10-23) with eight RBI and three runs scored. The shortstop has registered at least one hit in each of the five postseason games. Another notable hitter is sophomore Austin Bush, who has a slugging percentage of .833 and has hit a home run in four of the five matches of Regional play, including a walk-off solo shot against Washington.

Pitching has also come alive for the Gauchos in the postseason as the sometimes short-staffed bullpen has come through strong, posting a 0.93 ERA. Sophomore Kyle Nelson has continued being UCSB’s dominant reliever allowing no earned runs, one hit and 12 strikeouts in his eight innings.

Junior starter Shane Bieber has been magnificent this postseason, going 2-0 with a 1.88 ERA, 12 strikeouts, 16 hits, and only three earned runs. The rotation as a whole has a 2.70 ERA this postseason. The right-hander will hope to continue his great play when he takes the field against Oklahoma State. 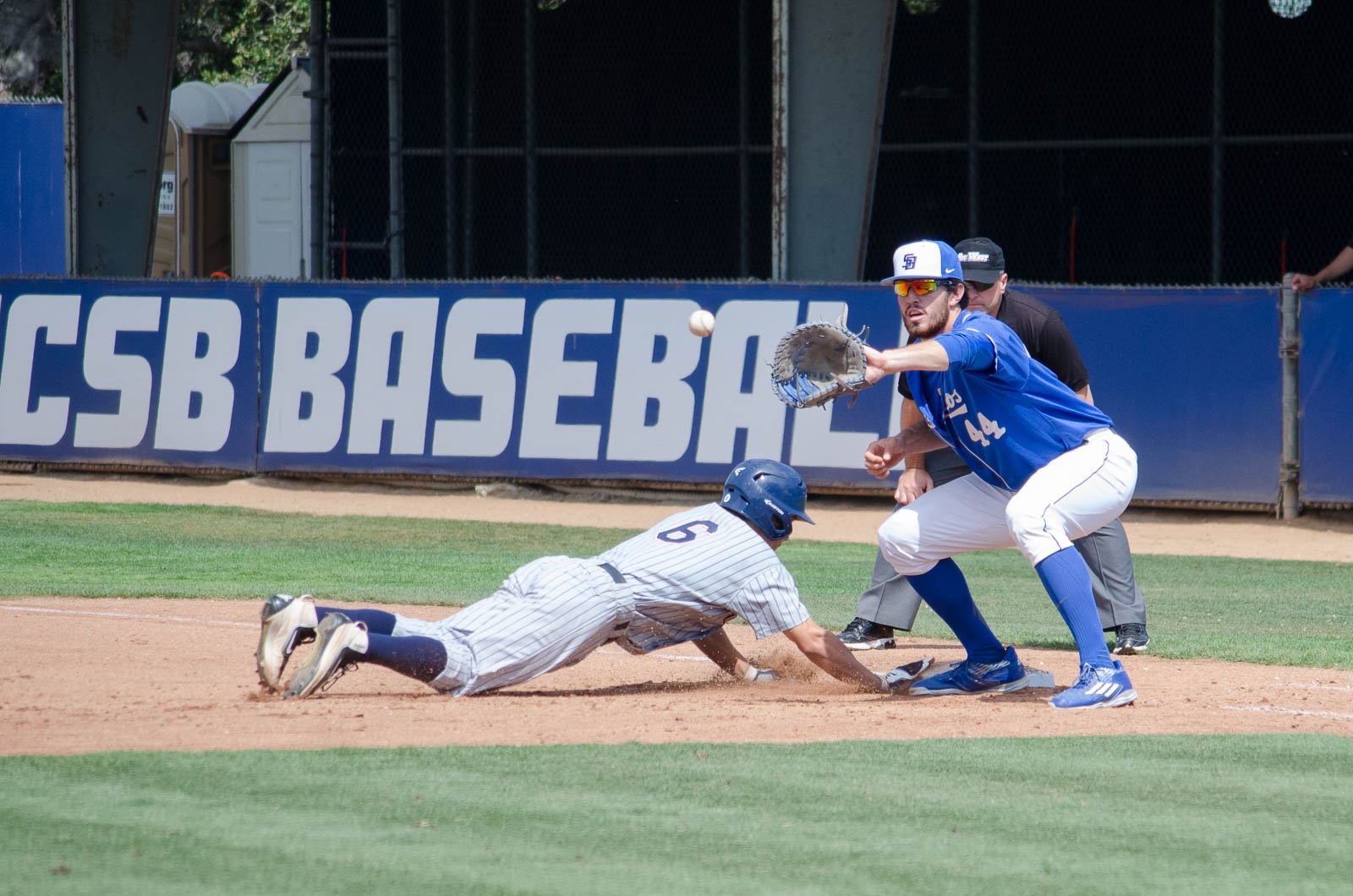 UCSB is one of two teams to be making its College World Series debut this weekend, and it would be safe to say it does not want to fall flat on its face in Omaha. After playing some of the most dramatic matches the Regionals had to offer, its safe to say this Gaucho team deserves to be here.

Santa Barbara is not playing an easy team on Saturday, and it wouldn’t be shocking to most people if they finally lost, but so what? All season long, UCSB has overcome adversity and defeated top opponents to get to where it is, so what’s one more weekend?

The Gauchos will play Oklahoma State in the first round of the double elimination portion of the College World Series Saturday, June 18 at TD Ameritrade Park, in Omaha, Nebraska at 12 p.m. The game will be televised live on ESPN 2 and streamed on the WatchESPN app.