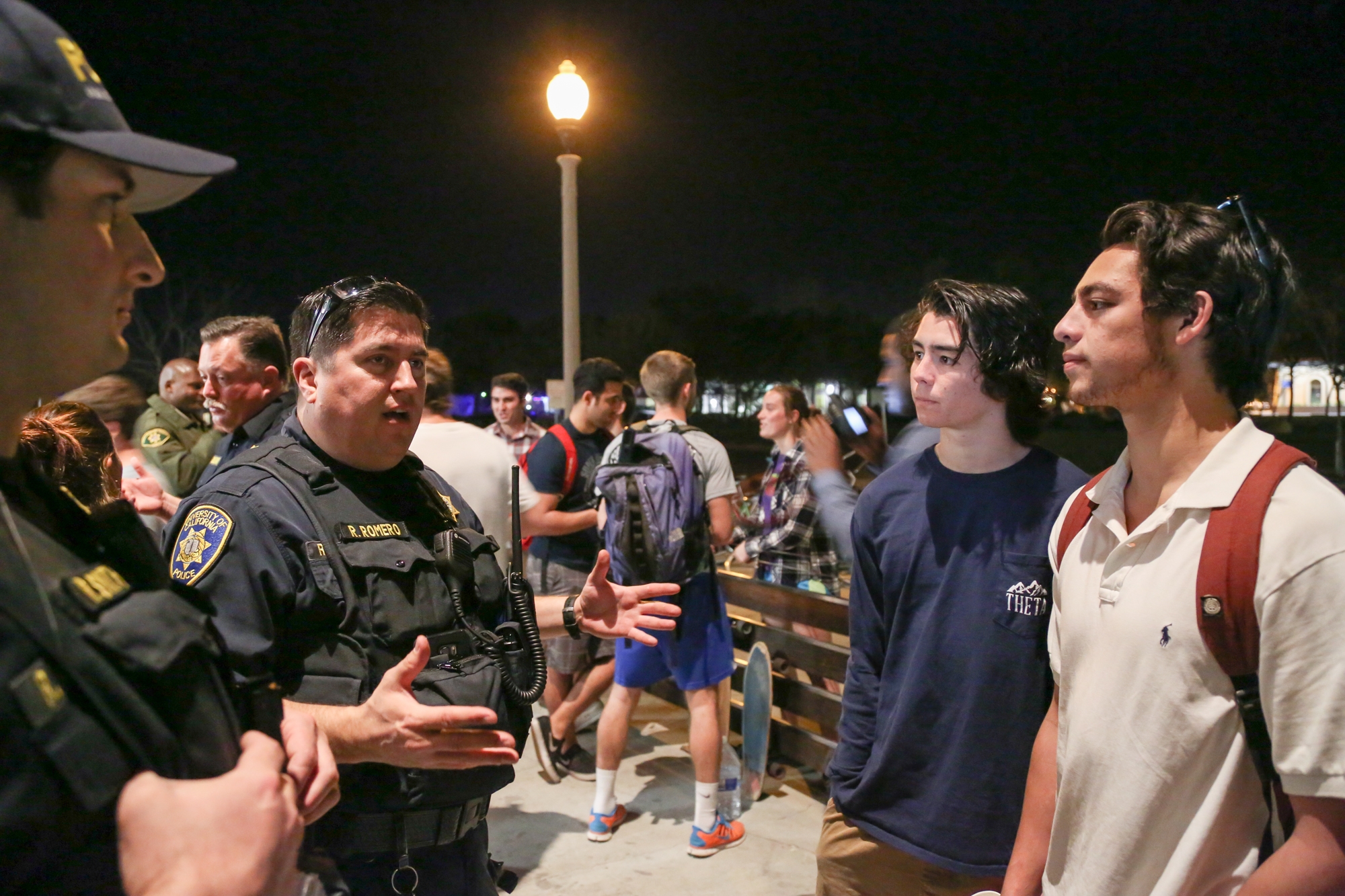 UCPD Sgt. Rob Romero, one of six officers who aided UCLA Police following the shooting there, spoke with UCSB students at a Pizza with Police event in February. Dustin Harris / Daily Nexus

Less than 24 hours after a former UCLA student shot his former professor and himself on the Bruins’ campus, six members of the UC Santa Barbara Police Department arrived in Los Angeles to assist local officers.

Along with officers from UC Irvine and UC Riverside, UCSB Police (UCPD) provided security and responded to calls on Thursday and Friday while the campus struggled to find normalcy in the last week before final exams.

The six UCPD sergeants and detectives initially left Santa Barbara on Wednesday, the day of the shooting, but UCLA asked them to hold off as the campus was already flooded with 200 officers from the FBI, LAPD, Santa Monica Police Department and more.

At 2 a.m. on Thursday, Sgt. Rob Romero and five others again prepared for the 100-mile drive to Los Angeles, arriving later that morning.

Because of the uneasiness on campus, UCPD officers provided security for several events that would not usually require a police presence, Romero said. They also responded to emergency calls, freeing up UCLA officers who Romero said “are really wrapped up in the investigation” of the gunman.

“We’re here to show the community at UCLA that you’re safe,” Romero said by phone from UCLA on Thursday. “We’re here to listen, to give hugs, sometimes just to talk to people about what happened.”

The UCPD officers returned to UCSB late Friday night, but are “ready to redeploy if needed,” Romero said in an email.

In addition to assisting at UCLA, university police are increasing their presence at UCSB as well.

“I also understand and expect that these tragic events can also have an impact on our own campus and so I have increased the law enforcement presence, accordingly,” UCPD Chief Dustin Olson said in an email.

Katya Armistead, the dean of student life, said there would be more officers on campus until after graduation ceremonies next weekend, noting that she had seen UCPD vehicles parked near Henley Gate and the University Plaza. 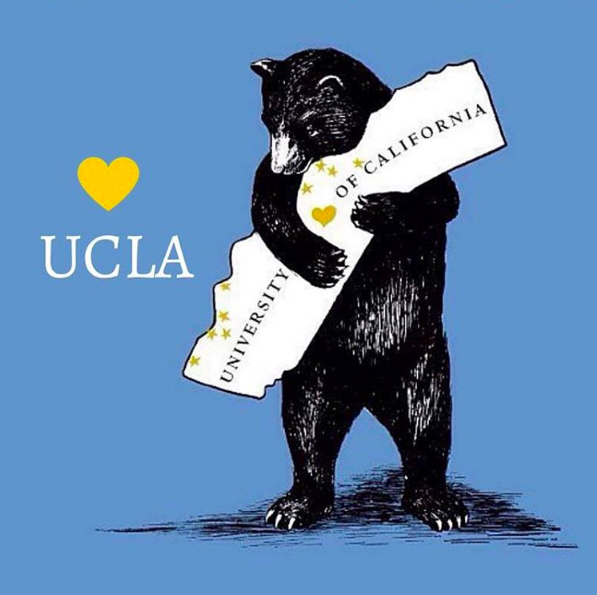 “It’s just so people can see them and see that we’re paying attention and maybe feel a little bit safer,” she said. “If anybody’s thinking about messing with anything, we’re here.”

Aside from the increase in police, UCSB Counseling and Psychological Services (CAPS) has updated its website with resources and is ready for students who seek help following the UCLA shooting.

“We haven’t seen any notable increase right now, but we’ll have to see over the coming days,” Dr. Janet Osimo, a psychologist at CAPS, said.

“It’s not uncommon for this kind of thing to reactivate people who were here during the Isla Vista tragedy,” Osimo said, referring to the 2014 shooting that left six UCSB students dead. “They might not be feeling safe and be scared and uncertain … that’s a pretty common response.”

Osimo said people should take special care to get adequate rest, eat well, and give themselves “permission to feel different, because that’s a really common reaction.”

On Twitter, many students from UC schools showed support for UCLA students by using the hashtag, #WeAreOneUC, which also surfaced on Twitter after the Isla Vista shooting in 2014.