After defeating Washington in an exciting extra-innings match, the UCSB baseball team rode the momentum from that win to beat Xavier in the winners’ match 5-4, sending them to the Nashville regional championship. 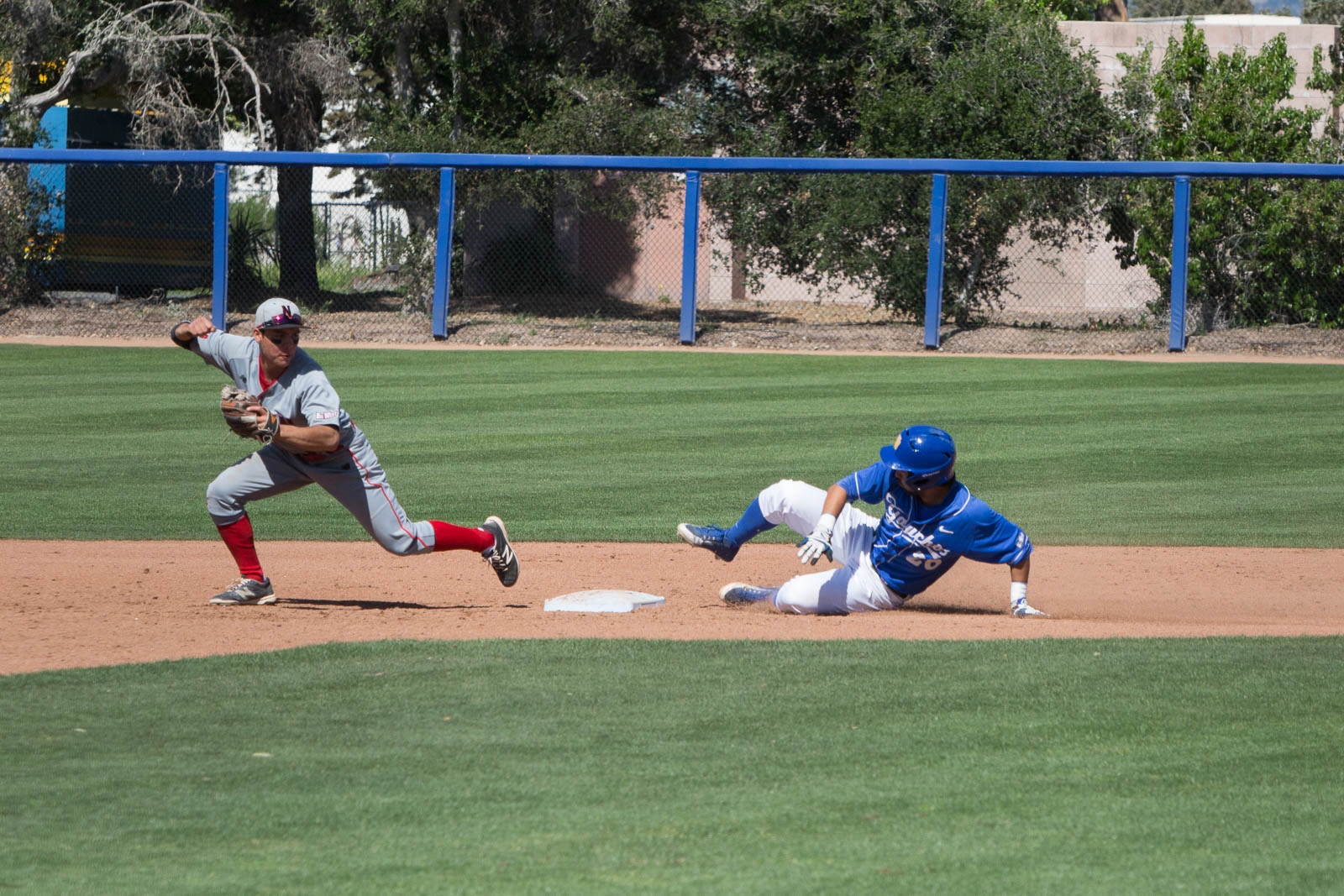 The victory improves the Gauchos’ overall record to 39-18-1, making them one victory shy of having back-to-back 40 plus win seasons. Xavier falls to 31-29 on the season, and the loss also stops its previous seven-game winning streak.

It was clear from the start that UCSB was ready to play the winners’ match, especially after the weather conditions delayed the game until today. The Gauchos started the game with three runs in the first inning to take an early, commanding 3-0 lead.

Sophomore shortstop Clay Fisher had a great game, batting 3-4 (.750) on the evening with three RBI, including one scoring redshirt junior Andrew Calica off a triple hit to left field. The California native was a homerun shy of hitting the cycle.

Sophomore designated hitter Austin Bush went yard yet again in this postseason, hitting his ninth home run of the season — second of the Regionals — for the final score of the first inning. It would be Bush’s only hit of the day, but it certainly was a huge one.

The Gauchos added to their lead in the fourth inning thanks to two lead off singles by senior third baseman Ryan Clark and sophomore first baseman Kyle Plantier. After a sac bunt by Calica to put both runners in scoring position, Fisher hit a double to center field, scoring both runners and extending the lead to 5-0.

Xavier responded by scoring two runs in the bottom half of the fourth courtesy of RBI singles from sophomore Nate Soria and Will LaRue to cut the lead back to only three runs.

Although the Musketeers were down by three runs, designated hitter David Morton did not want to give up on his senior campaign so easily. The senior had a great day, going 3 for 4 with two RBI and a triple shy of the cycle while also trying his career high in hits for a single season.

In the fifth inning, the Ohio native hit a home run to make the score 5-3. In the sixth frame, Morton again did damage on the scoreboard, hitting an RBI single to midfield to cut the lead to just one run at 5-4.

The senior’s play certainly helped rally his team back, but his and his team’s effort would come up short as the Gauchos would not allow a single run the rest of the way and only surrendered two hits.

It was another senior — this time on the UCSB side —who put away Xavier for good. Right-hander Justin Kelly pitched an amazing final 2.2 innings to pick up his first save of the season. The redshirt senior allowed only one hit while striking out seven of the eight batters he faced on the evening. In the ninth and final frame, Kelly struck out all three batters in succession to secure the victory and send his team to the Regional Championship.

With a victory in the title match, the Gauchos would reach the Super Regionals for the first time in program history and would face Louisville, who won the Louisville Regional by defeating all three of its opponents in succession by an average margin of 6.3 runs.

This certainly seems like the dream scenario Head Coach Andrew Checketts and the team wanted when it found out it made the NCAA regionals. The Gauchos are currently in control of their own destiny, and, this late in the season, that is a victory in and of itself.

Although UCSB has two chances to win one game and advance, it would certainly be ideal to win the first game in order to have more time to prepare for a very tough Louisville team.

Either way, this Regional will end on Monday — unless there are more weather delays — in either happiness or sheer disappointment for Santa Barbara. The former would definitely be the more optimal choice for the team in control of its destiny.

The Gauchos face off against either Xavier or Washington in the Nashville Regional Championship at Hawkins Field on Monday, June 6 at 12 p.m. PDT. The game will also be streamed live on ESPN3.com. If UCSB fails to win the first match, then a second game will take place in a winner-takes-all fashion between the same two teams at 6 p.m. PDT to determine who will advance to the Super Regionals.