After achieving another 30-plus win season and finishing third in the Big West Conference, the UCSB baseball team clinched the No. 2 seed in the Nashville Regional, making this the second consecutive year and the third time in four seasons that it has received an NCAA bid. It will take on the Washington Huskies in the first round of the double elimination Regionals. 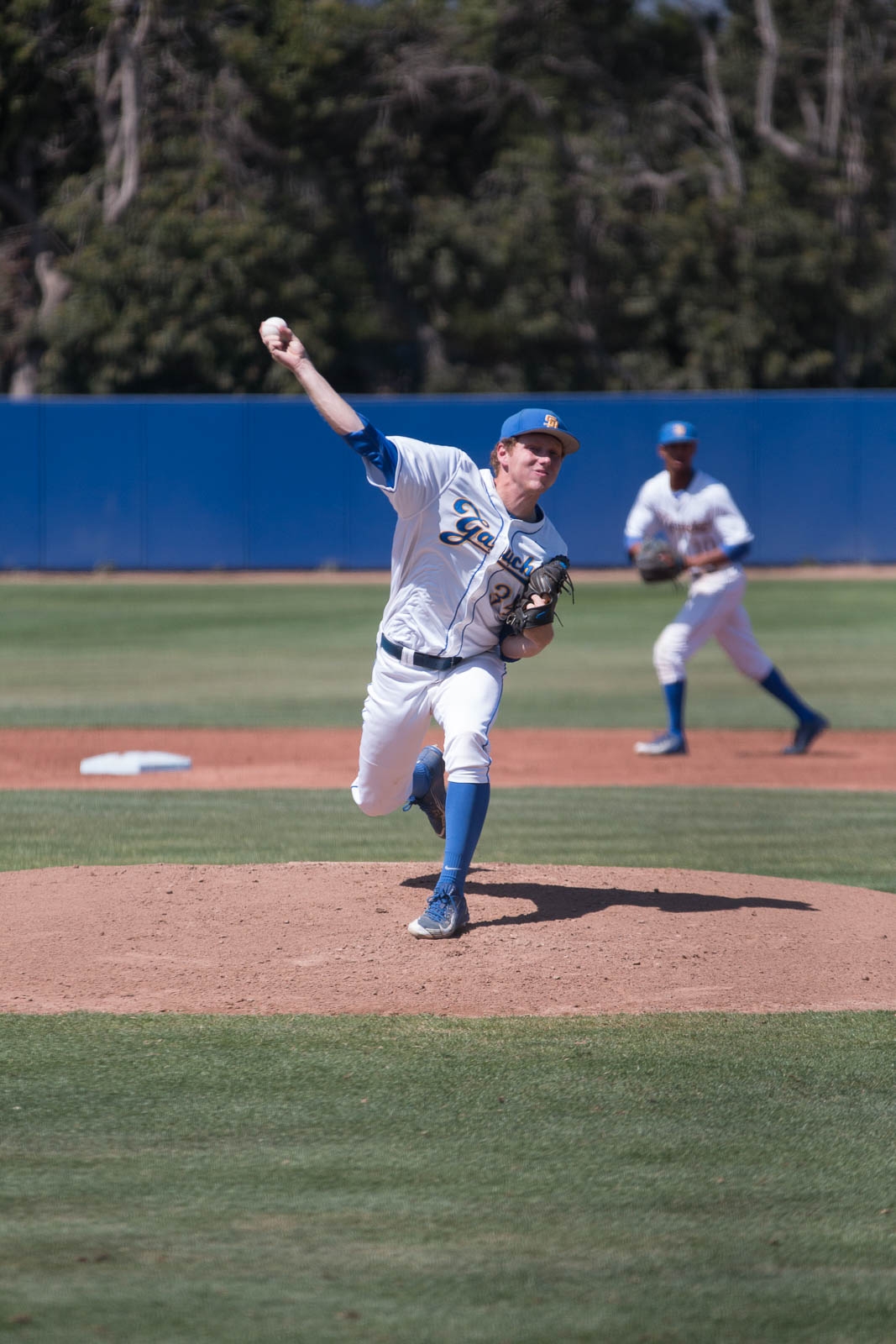 “I’m excited for the guys, they seem to be doing great and taking things seriously,” Head Coach Andrew Checketts said. “We are looking forward to competing against the top teams.”

The Gauchos enter the tourney with an overall record of 37-18-1 and finished conference play with a 13-11 mark. They will look to bounce back from their series finale loss against UC Riverside.

The Huskies finished the regular season 32-21, 17-13 in their conference play, which earned them the No. 3 seed in the Nashville regional.

The other two possible foes UCSB may face are No. 1 seeded, and last year’s runner-up to win the title, Vanderbilt. The 2014 NCAA champions finished the season 43-17, 18-12 in conference to host its fourth straight regional.

Another possible opponent is No. 4 seeded Xavier who finished the season 30-28, but boasted a strong 14-4 conference record that helped to get them into the tournament.

Although their record shows an average mark, the Musketeers have won 16 of their last 18, making them the hottest team of this bunch as well as maybe of the entire 64-team roster of the NCAA Tournament.

One of the more interesting things to be seen is how UCSB can fare away from home, especially with traveling all the way to Vanderbilt which is located in Tennessee. Although UCSB only posted a 10-12-1 road record, they picked up the slack a little bit winning three of their final four road games to end the season.

“So far, it has energized the guys,” Checketts said. “They are so excited to be here and really, for a lot of them, this is their first experience to this. Hopefully that energy stays with us for this weekend.”

Santa Barbara’s first round match-up against Washington will be the first meeting of the two teams since 2009 in which UCSB won 8-2 as well as the 15th overall matchup between the two programs’ history, with Santa Barbara holding a slight advantage at 8-6.

All-Big West First Team pitchers junior Shane Bieber and redshirt sophomore Kyle Nelson will look to stay hot on the mound and keep the scores low to help their team move on to the next round.

Bieber went 11-3 on the season — the most wins in the Big West — pitched four complete games, had the fifth most strikeouts (91) and the 10th lowest ERA (2.96). Nelson, the star reliever, went 7-2 with eight saves, fifth most in the conference, had the fourth best ERA in the Big West (2.27) and tied for the most strikeouts (73) by a non-starting pitcher in conference.

On the offensive side, UCSB will rely on All-Big West Second Teamers sophomore first baseman Austin Bush and sophomore second baseman J.J. Muno. Bush led the team in home runs (7) and RBI (43) while Muno led the team in hits (57) while ranking second in slugging percentage (.450), home runs (5) and runs (40).

Similar to the Gauchos, the Huskies also have a solid reliever helping their pitching staff, led by senior right-hander Troy Rallings who currently owns the second best ERA in the entire country with a 0.89 and has earned 16 saves on the season.

“Washington is a good, solid team and they have a good pitching staff,” Checketts said. “They are solid all around.”

Vanderbilt has two very solid hitters that currently bat over .330 in junior Bryan Reynolds and sophomore Jeren Kendall. Both players started all 60 games and currently have over 50 RBI and both received All-SEC Second Team recognition for their strong season at the plate.

Xavier’s strengths lie in its ability to hit the ball hard. The Musketeers were first in their conference in slugging percentage (.512) and had the 34th most home runs in the country with 54 long balls. Both senior infielder Andre Jernigan and junior outfielder Joe Gellenbeck have 13 home runs apiece to lead the team.

The Gauchos definitely have a tough road ahead of them this weekend, but this is nothing new for the young baseball team. All year, this team has defied expectations and gone above and beyond, and there is no doubt they will be ready for this Regional.

Under the current playoff format, Santa Barbara has never made it into the Super Regionals. With its 11th appearance in program history in the Regionals maybe this can be the year it advances to the next round.

“I think if we come out and play how we want, we are going to win,” Checketts said. “This is a good team and we are ready.”

UCSB faces off against Washington in the first round of the Nashville Regional at Hawkins Field on Friday, June 3 at 12 p.m. PDT. The game will also be streamed on ESPN3.com.