Last Friday marked the end of the 2016 season for the UCSB women’s tennis team after the admirable effort of sophomore Palina Dubavets’ and junior Stefani Stojic’s participation in the NCAA Tournament’s doubles competition came to an end. 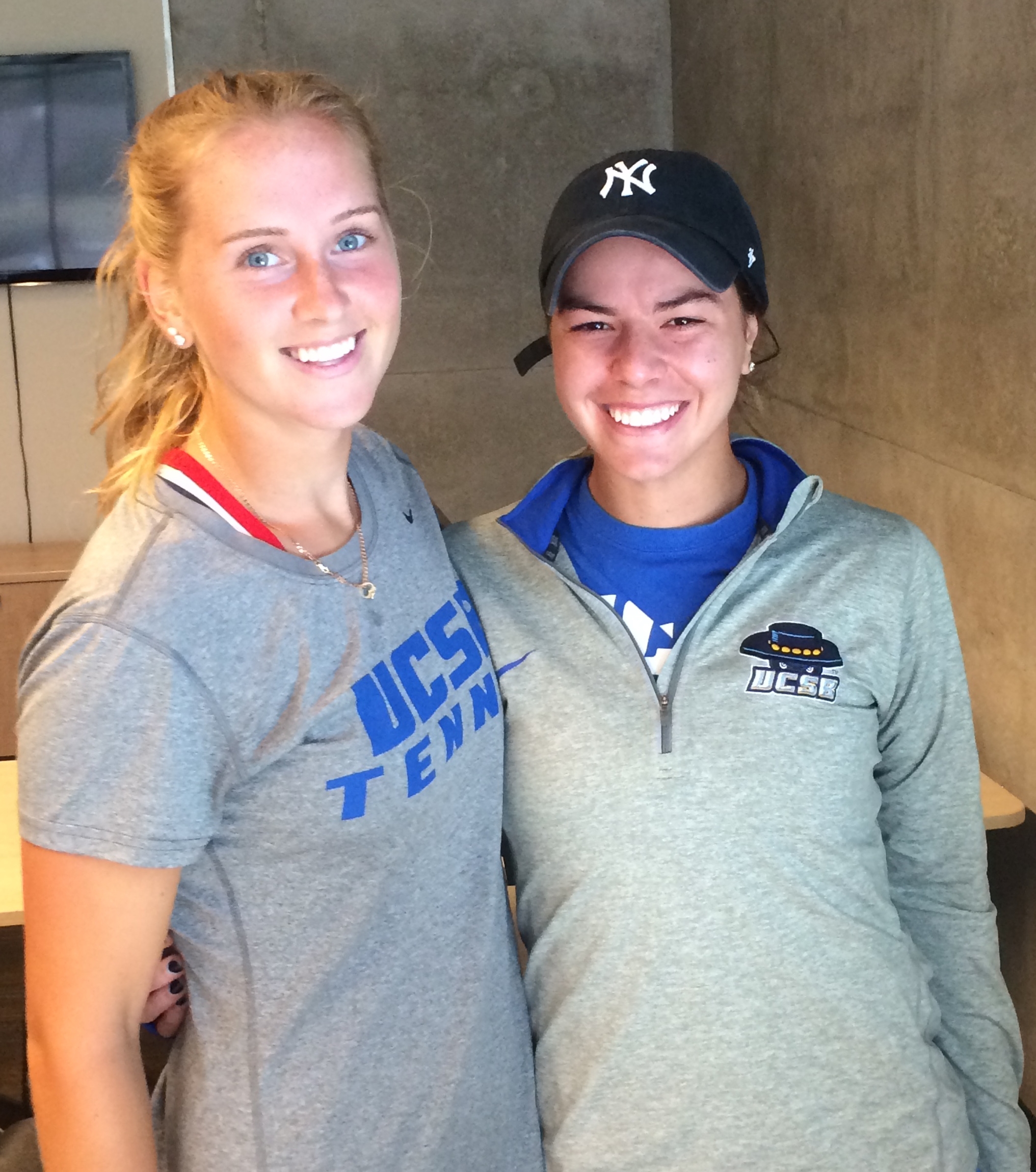 Mitrea and Shupenia led DePaul in doubles wins throughout the season with 14 wins, winning eight of the last 10 matches all on the first court. However, the season for this pair was differed in the level of competition the Gauchos faced as the Blue Demons played no other ranked doubles teams.

Nonetheless, Dubavets and Stojic made quick work of No. 68 DePaul. The first set ended 6-1 in favor of the Gauchos. The second set was tied at two apiece before UCSB began to expand the lead as it put the next four past Mitrea and Shupenia to seal the first round.

Moving on to the round of 16, Dubavets and Stojic earned a place in history this weekend being just the third UCSB duo ever in program history to earn a NCAA Tournament doubles bid. With a day one win, Santa Barbara had to face the No. 1 seed in the tournament in No. 2 nationally ranked junior Hayley Carter and senior Whitney Kay of North Carolina.

Carter and Kay cruised past the first round themselves as they won two sets consecutively, 6-3 and 6-2, against Nour Abbes and Miki Kobayashi from Washington.

The second day was not going to be a cake walk for either side as both teams entered the court with confidence.

UCSB started off strong after a closely contested first set. The Gauchos won the opening set 6-4, but lost the following set by an identical score.

On the verge of a major upset, Stojic and Dubavets managed to force a third set. Despite keeping the score close in a back and forth matchup, the Tar Heels evaded the Gauchos’ possible spoiler victory, winning the final set by a score of 10-7.

Although Santa Barbara exited the tournament sooner than it would have liked to, expectations for next season remains at an all-time high; especially when examining the fact that these two young tennis stars have only played one year together and have one more year ahead.